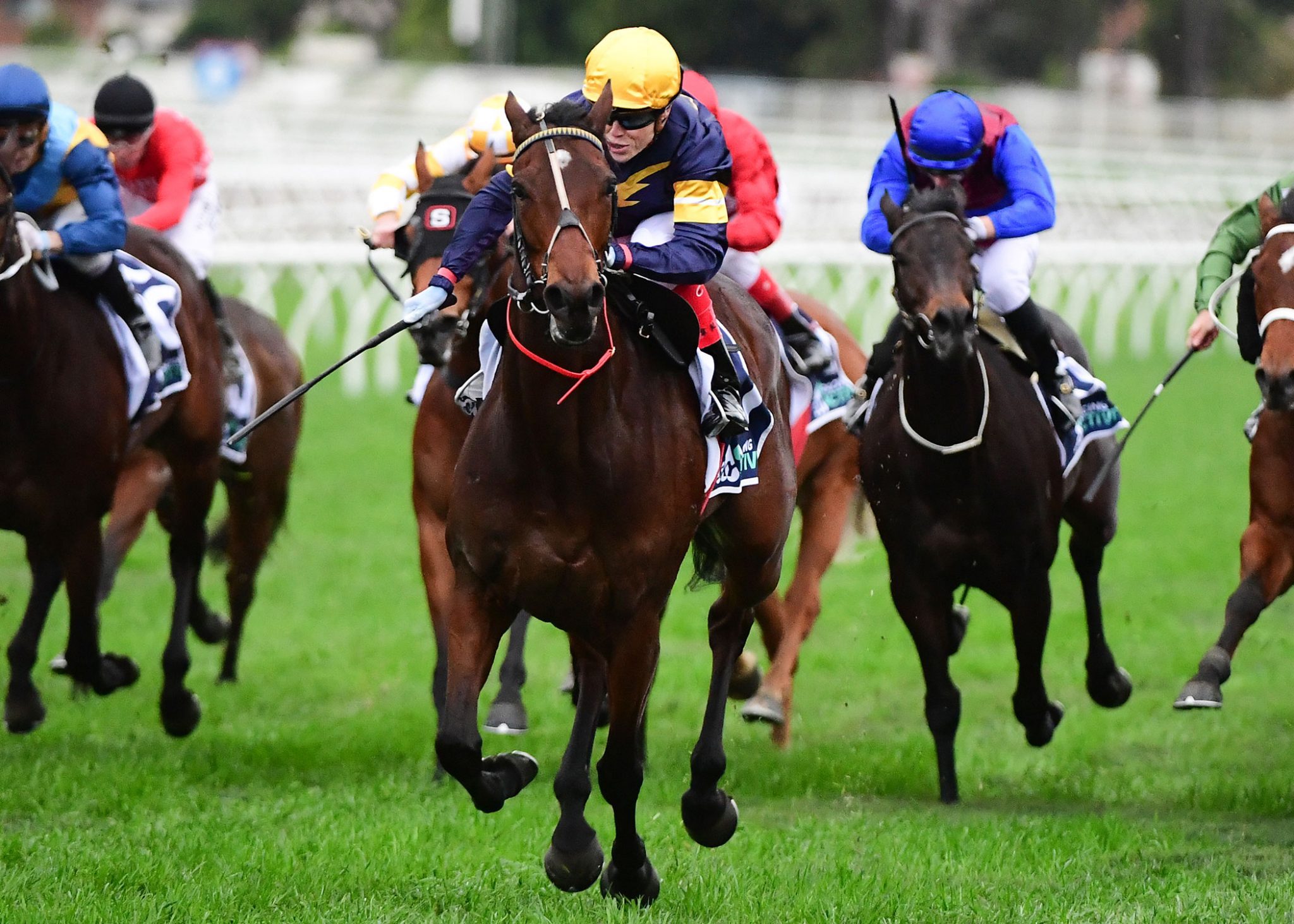 Tofane will make a welcome return to her home track of Flemington on Saturday when she contests the Group 1 Makybe Diva Stakes (1600m).

The daughter of Ocean Park ran third first-up in the Group 1 Memsie Stakes (1400m) at Caulfield last month, and trainer Michael Moroney believes she will appreciate the roomier track at Flemington.

“I thought she struggled a bit around that last corner (at Caulfield),” Moroney told SENTrack.

“Just the way the race was run, they started to really sprint around that corner. She got off the bridle a wee bit as she was getting dictated to as to when they quickened and crabbed around the corner a bit.

“I think if Craig (Williams, jockey) had been outside them he would have quickened before then. She got off the bridle chasing.”

“Just when I look back on her form, all of her Group One wins have been on big tracks, so I think Flemington should suit her.”

Tofane has yet to race over a mile, but Moroney has longheld the opinion that she would thrive over the distance, and he is looking forward to putting that theory to the test this weekend.

“I am really happy with her, all the signs are good. She has tightened up a bit, as you would expect with a first-up run,” he said.

“We think she has improved and 1600m should suit.”

Moroney is also looking forward to lining up new stable addition Not An Option in the Listed The Sofitel (1400m) on the Flemington undercard.

“He will be an interesting runner,” Moroney said of the former Tony Pike-trained entire.

“He is going really well, he looks terrific. It’s his first run for our stable and I have been taken by the horse, he is a nice horse.

“He has come back after a short break. He has settled in really well and he is still an entire but has been good to handle, and good to do anything with.”

“He jumped awkwardly at Caulfield and put himself well back from a nice draw, which was disappointing,” Moroney said.

“He is a horse that can race a bit close to the speed but got right out of the race basically. He struggled around that Caulfield corner and Mick Dee said he took a while to balance up.

“I have decided to put the blinkers back on him, that’s what they did to help him get around corners, he was doing the same in New Zealand evidently. We will put them back on and see if that helps.”