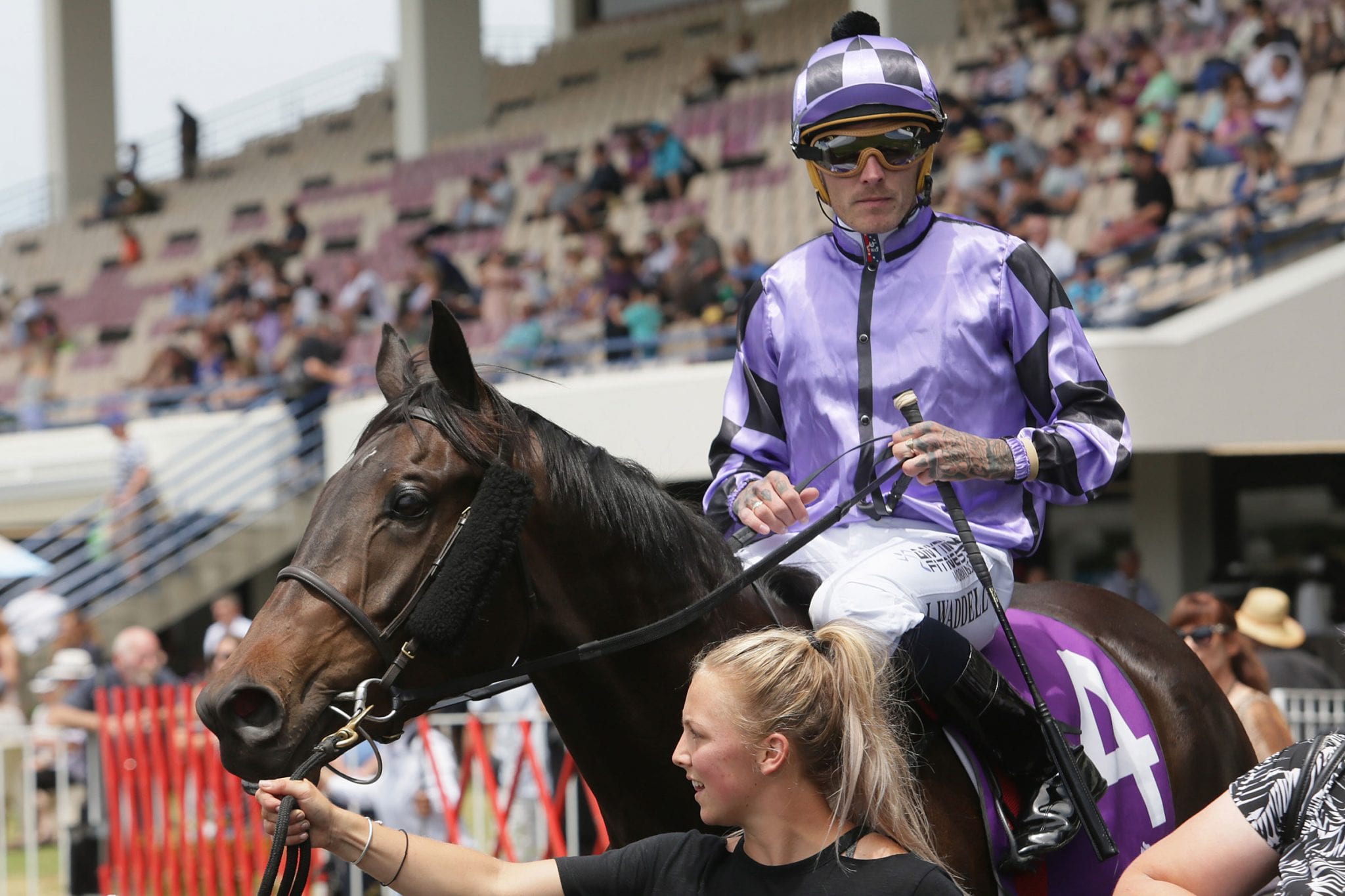 Mahoney, who trains out of Byerley Park, has Time To Celebrate and Hezthewonforus entered for the Auckland Racing Club meeting and while a wide draw has cast into doubt a start for Per Incanto seven-year-old Time To Celebrate, both look capable of figuring in upcoming feature races.

“We’ll take them both one race at a time but both will handle a bit of sting out of the track and both are very nice horses and I’m pretty sure they can both be Group company here,” Mahoney said.

“They had both trained off in Hong Kong but came to me completely sound. They are both nice, sound horses loving being in New Zealand. They have blossomed since they have come back.”

A winner of two starts in New Zealand, one at the expense of Group One winner Heroic Valour, Time To Celebrate won four races in Hong Kong, three at class two level, as well as running second in the Group 3 Premier Cup (1400m) at Sha Tin under the guidance of leading trainer John Size.

Mahoney had opted not to declare a jockey for Saturday’s Dunstan Feeds 1200 in which he drew the outside barrier 10.

“Time To Celebrate probably won’t run from the outside draw and at 1200m, they might be a bit slick for him anyway. His pet distance is 1400m to 1600m,” Mahoney said.

“He placed in Group races in Hong Kong behind some very good horses.”

However, Hezthewonforus looks set to make his mark when he tackles the Barfoot & Thompson 1400 with 3kg-claiming apprentice Joe Kamaruddin aboard.

“He’s a super-talented horse. He got back from a good draw at Tauranga last start and the way the race went, he just got locked up and couldn’t get out when he needed to get going,” Mahoney said of Hezthewonforus’ first New Zealand run since his eight-length debut win at Avondale in 2017 for then-trainers Bruce Wallace and Allan Peard.

“Andrew (Calder, jockey) came back and said he was super-unlucky. He goes back to 74 grade on Saturday and we’ve got Joe on to take some weight off his back. I’m fairly confident, just as I was first-up when he had no luck.”

“I pre-train for his Hong Kong owner (Vicky Tang). He was with another trainer before he went up to Hong Kong but I have worked in closely with the owner for a while now. I had Time To Celebrate before he went over,” Mahoney said.

Mahoney’s other runner at Ellerslie on Saturday is Showcasing filly Corista, who tackles the Edwards Sound 1300 for two-year-olds.

“She’s probably just a runner’s chance. She’s six months away from being at her best but she has shown some promise.”