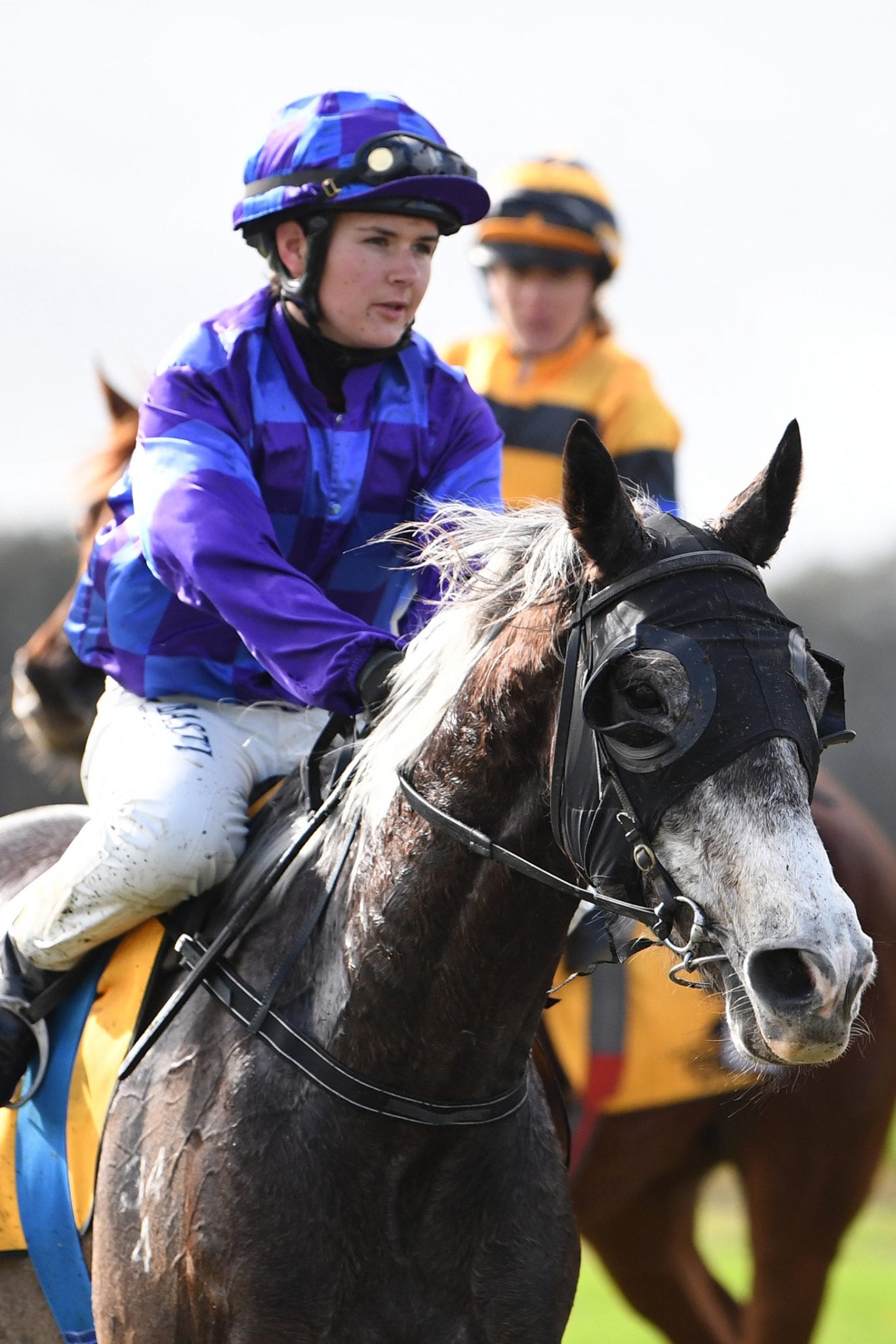 Almost two years after suffering serious head injuries in a race fall, apprentice jockey Sarah Macnab has made a fine start to the 2020-21 season. The Wanganui-based rider kicked home a treble on her home track last Saturday, including a win in the Foxton Cup (2040m) on the highly promising stayer Hurry Cane.

Her tally at this early stage of the new season stands at nine (almost halfway toward her 19 total number of wins last season), which has her second equal on the New Zealand Jockey’s Premiership, one behind Craig Grylls. She completed a hat trick of wins on the Raymond Connors-trained Hurry Cane, who is on his path to the Group 3 New Zealand Cup (3200m) on November 14, and the up-and-comer Conor O’Ceirin, then rounded the day off with a decisive win on Facetime.

A former successful amateur rider, Macnab (21) has now ridden 87 winners, including one over hurdles, and has a couple of goals for this season. “My goal is to get to 100 wins and I’d like to get a stakes winner,” she said. “I’d also like to be leading apprentice for the season, but there’s a long way to go.

“It’s just good to be getting good rides and riding winners. Rosie Myers is a big help to me and I’ve got a good boss.” Macnab is apprenticed to Kevin Myers, who has supported her strongly as their record shows. Of her 87 wins, 59 have been on Myers-trained horses.

Macnab displayed her talent as an amateur rider, winning her first race on Huffanpuff at Te Aroha in August 2015 and 13 months later taking the Duke Of Gloucester Cup (a coveted event for all amateur riders) on the Myers-trained Teddytwinkletoes at Rotorua to be a decisive winner of the 2016 FLAIR Amateur Rider’ series at a time when she was still a student at Wanganui Girls’ College.

She signed on as an apprentice to Myers in November that year and two months later she kicked home not only her first winner in that role, but landed her first treble. She was successful on stablemates Van Gogh and Tiebreaker plus the Shaun and Emma Clotworthy-trained Two Thirty at Greymouth.

Macnab went on to ride 17 winners that season and made a favourable impression the following term with 30 wins, but disaster struck early in the 2018-19 season when she suffered head injuries in a fall at Woodville. “It was on September 14 so it’s almost two years ago,” Macnab said. “I was out until February then when I started back I was getting headaches again so was out for another three or four months.

“It was during those extra months that I briefly thought about giving it (riding) away, but then I didn’t know what else I wanted to do. “I’ve always wanted to ride so I just concentrated on coming right. I needed those few extra months and I’ve been all right since then.”

Though she missed three-quarters of the 2018-19 season, she did manage nine wins and regained her confidence to pursue a career in the saddle, following on a family trend. Her uncle Scott Macnab is a successful amateur rider as was her grandfather, David Macnab, who at 94 is enjoying following the fortunes of his granddaughter.

Macnab has her declared raceday weight at 50kg, but being a lightweight didn’t stop her trying her hand at riding over fences. She had seven jumps rides and rates her win on Guy Fox in a restricted open hurdles at Hawera in May 2017 as one of her career highlights. “That was special,” she said. “I’d schooled him and done all the work on him. He’s a favourite of mine.”

Macnab also won three flat races on Guy Fox, a brother to last year’s champion Australasian jumper Zed Em, and though she enjoyed her experience riding over fences, it’s now a thing of the past. “I just did it to ride Guy Fox,” she said. “I’ll just stick to riding on the flat now.”

Macnab also rates Hurry Cane as one of her favourites, not surprisingly with her unbeaten record in three rides on the son of Nom Du Jeu. “He’s been winning easily and it will be interesting to see how he goes on better ground,” she said. “I hope I can stick with him.”