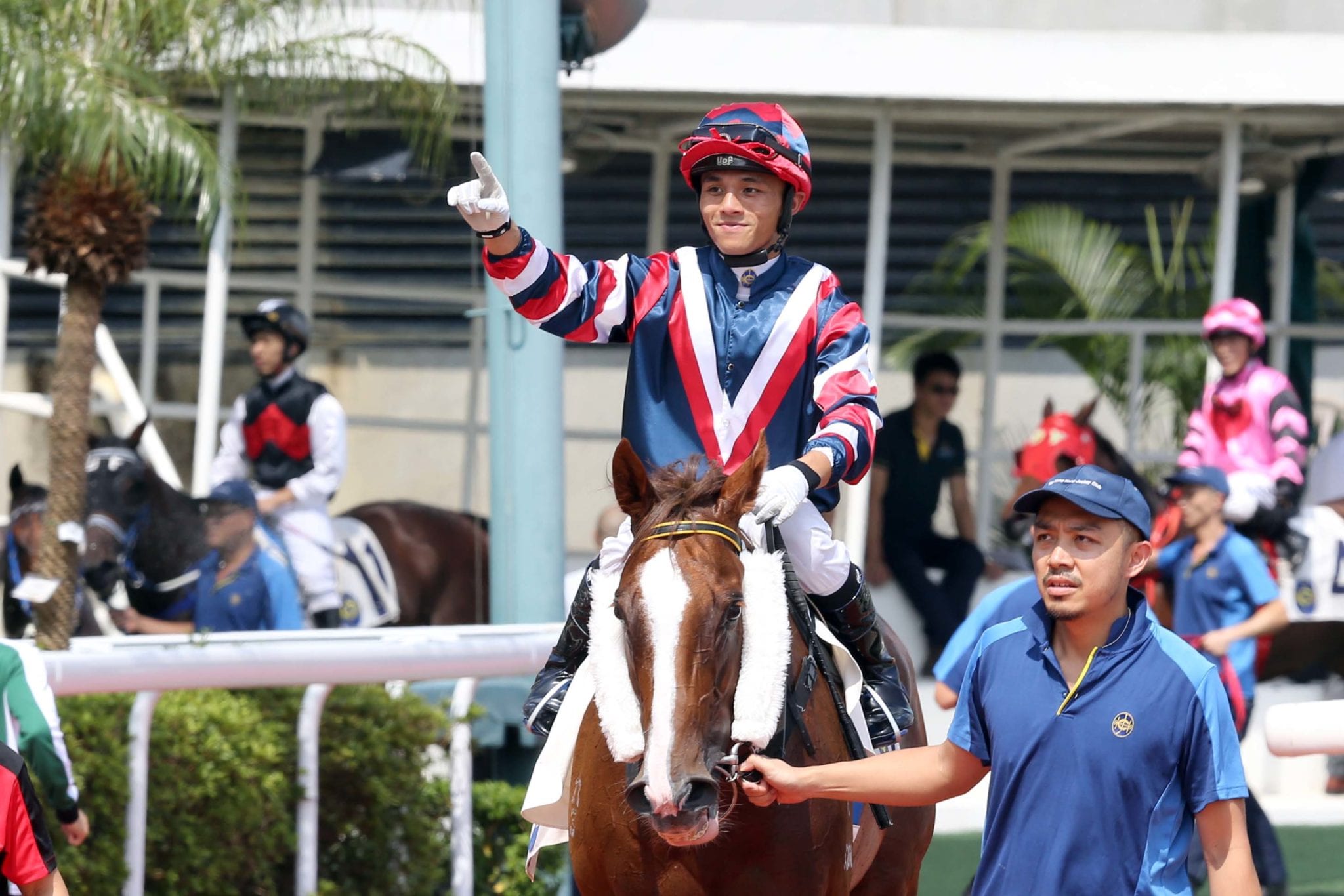 Francis Lui’s charge foiled race favourite Fat Turtle (117lb) by a short-head to take the trainer to the top of the premierships standings, his five wins matching the running tally of fellow fast starters Tony Cruz and Danny Shum.

“I’m happy with the start I’ve made,” Lui said. “I didn’t expect a couple of my horses to perform as they did, they surprised me. This horse likes to run fresh and the field was not too strong.

“This horse was supposed to be Vincent (Ho)’s ride but he’s hot right now and everyone booked him early, but Matthew gave him a good ride.”

Lui provided Ho with 20 of his 56 wins last season and the trainer-jockey partnership has picked up where it left off. Ho and Lui teamed with Vital Spring to win the Class 5 Shrike Handicap (1400m). That was the rider’s third of the term, all for the Lui stable.

Michael Chang finished at the foot of the trainers’ table last term with 18 wins, two more than the minimum benchmark. The handler earned his first win of the campaign with Mister Monte (123lb) in the Class 5 Magpie Handicap (1600m). Apprentice Alfred Chan’s 10lb claim removed the burden of top-weight and enabled a short-head verdict over the Douglas Whyte-trained Le Panache (132lb).