Luck of the Irish for Kiwis 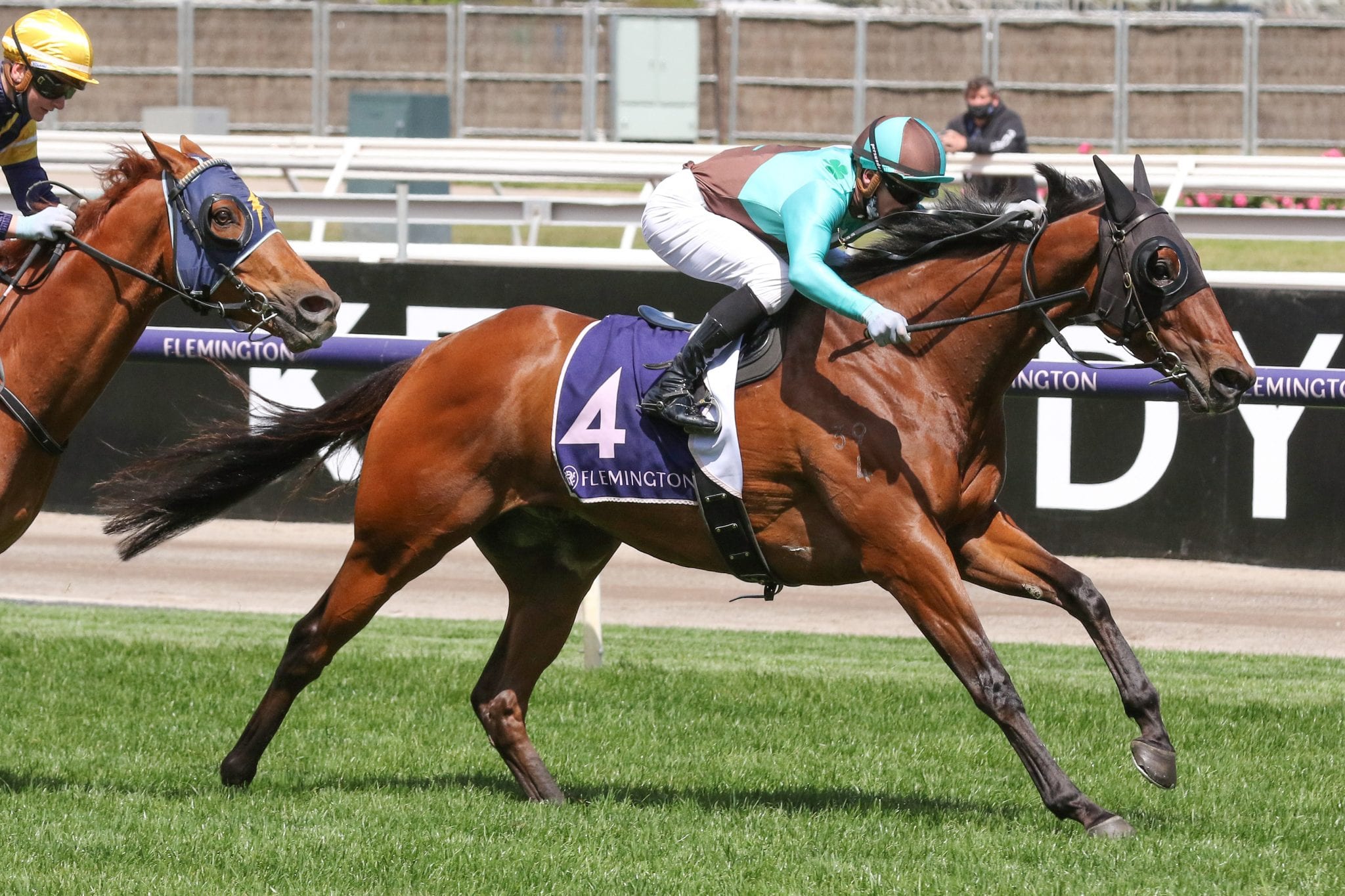 Mornington trainer Brett Scott was delighted to pick up a winner at Flemington on Oaks Day with handy middle distance galloper Irish Flame in the Twitter Trophy (1800m). The son of Zed transferred from Scott’s old boss John Wheeler after a Waverley trial in late June and the six-time winner in New Zealand has now had seven starts for his new conditioner for two wins and four placings.

Irish Flame was pushed forward by expat Kiwi jockey Daniel Stackhouse, who was a late replacement for Michael Walker, to sit behind pacemaker Think We’re Due. The six-year-old reeled in the leader early in the straight and Irish stuck on stoically to hold out the late challenge of Hangman to win by three-quarters of a length.

Scott was pleased with the brave win and is now eyeing the Listed Ballarat Cup (2000m) with his charge. “That was a really good win,” he said. “I thought halfway down the straight he might have been a sitting duck but when that horse challenged him he fought hard. “The visors and the earmuffs have just got him to relax a bit better in the run but also give him better fight at the end of his race. He is going great. “Hopefully we can just roll on and if he pulls up well we will go to the Ballarat Cup.”

Stackhouse was just as thrilled with the win. “He gave me a beautiful ride,” Stackhouse said. “It was good having the bunny to chase. “I thought he was on song when he went to the gates, he absolutely towed me. He felt really good in his action and I thought he was going to run a really good race. “He hit the front a long way out but he fought hard, so a big credit to the horse.”

Originally prepared by John Wheeler at New Plymouth, Irish Flame won the Group 3 Taranaki 2YO Classic (1200m) as a juvenile.

While unable to be on-track due to COVID-19 restrictions, Australian-based owner and breeder Margaret Reid was thrilled to get a winner on a premier day. “It has been my childhood dream to go Flemington, and to get a winner in the Spring Carnival is absolutely wonderful,” Reid said. “I’ve always been interested in racing but for many years I had three boys to raise and I put it at the back of my mind.

“About 10 years ago our best friend dropped dead and I thought I’ve got to get a racehorse and get into racing. “To cut a long story short, after I saw Usainity, a son of Zed, win a Group 3 at Randwick, I decided I wanted to breed a Zed. “I picked out Fleur De L’Orient, who hadn’t left much but shortly after had a Listed performer (Langridge Street).

“Shortly after we sent the mare to New Zealand, to Zed and Grangewilliam Stud did a great job and we were left with this beautiful foal. “Much of the credit must go to John Wheeler, who did a wonderful job with Irish Flame. He was Zed’s only two-year-old winner, let alone a Group winner at two, but he didn’t pressure the horse and he always said he would be best as a six-year-old, and he has turned out right.”