Lord Belvedere To Bounce Back At Sandown 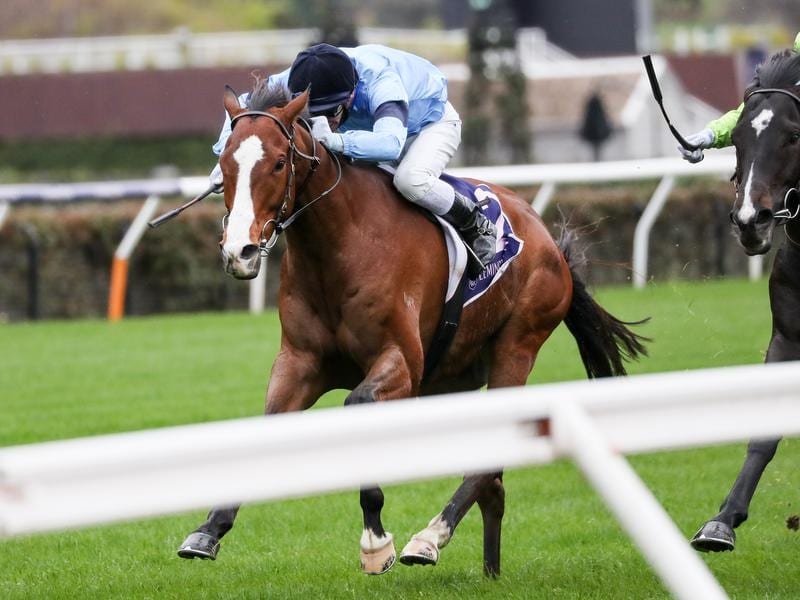 The Ciaron Maher and David Eustace stable is hoping to replicate its success of last year and take out the two major staying races at the closing meeting of the spring carnival at Sandown.

On the corresponding program twelve months ago they were successful with Southern France winning the Group Two Zipping Classic (2400m) and Azuro the Listed Sandown Cup (3200m).

On Saturday they will be represented by Lord Belvedere in the former and Etah James in the Cup.

Lord Belvedere struck form over the winter winning successive races at Flemington over 2540m and 2600m before making it a hat-trick with a 2500m win at the same track in September.

He then failed at his last start when he finished eighth behind stablemate Persan in The Bart Cummings at Flemington in an attempt to win his way into the Melbourne Cup.

However, at his previous start Lord Belvedere defeated Persan, who subsequently finished fifth in the famous race.

Maher said he was disappointed with Lord Belvedere’s effort at his last start but felt he wasn’t suited by an inside barrier draw.

“He got stuck on the inside. He needs clear room and gates such as barrier one or two don’t suit him,” Maher said.

“He needs to be drawn out so he can blend into a race.”

Maher is approaching the Zipping Classic with a degree of confidence saying it looks a nice race for Lord Belvedere.

The trainer was at Sandown on Tuesday morning to supervise his team’s trackwork and he said Lord Belvedere stretched his legs nicely.

He was also pleased with the workout of eight-year-old mare Etah James and said she was ready to run a big race in the Sandown Cup.

Etah James was unplaced in the Melbourne Cup, which was only her third run back from a spell.

She will be reunited with Glen Boss who rode her to win the Sydney Cup.

Boss partnered her at Sandown on Tuesday and said she felt similar to when he rode her in trackwork in the lead up to the Randwick staying feature.

“She was third up (in the Melbourne Cup), she’s a real staying type and with the brutal pace there was nowhere to hide if you lacked any sort of conditioning,” Boss said.

“The distance, not a problem. She’s a very easy mare to ride and she can switch off and get into a rhythm.

There are 10 races at Sandown on Saturday and all carry Group or Listed status.