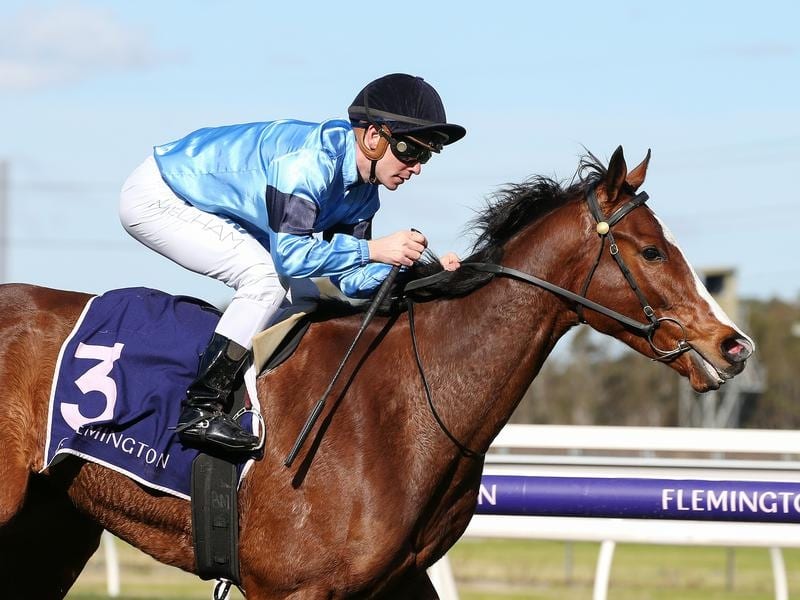 Imported stayer Lord Belvedere will be given the opportunity to progress to bigger spring staying races after scoring a stylish mid-winter victory at Flemington.

Having his third Australian start, Lord Belvedere recorded his second win since arriving from England with victory in Saturday’s Harry White Handicap.

Sent off the $3.10 favourite under Ben Melham, Lord Belvedere scored a two length win from stablemate The Statesman ($13) with San Remo ($21) a length away third.

Ciaron Maher, who trains the stayer in partnership with David Eustace, said Lord Belvedere would remain in training and prepared for a spring campaign.

“He came over with a nice rating and he can work his way through the grades,” Maher said.

Lord Belvedere is part-owned by UK-based syndicator Highclere Thoroughbred Racing who have harboured Melbourne Cup aspirations since Distinction contested the race in 2004.

Maher said he would try to plot a course to gaining a start in the Cup for Lord Belvedere.

He said The Cummings, which offers the winner a ballot exemption into the Cup, was a likely target.

“It’s a long way from here to when you start thinking of spring and the Melbourne Cup,” Maher said.

“But he’s a very natural stayer so we can plot a course and try and sneak him in on the minimum.”