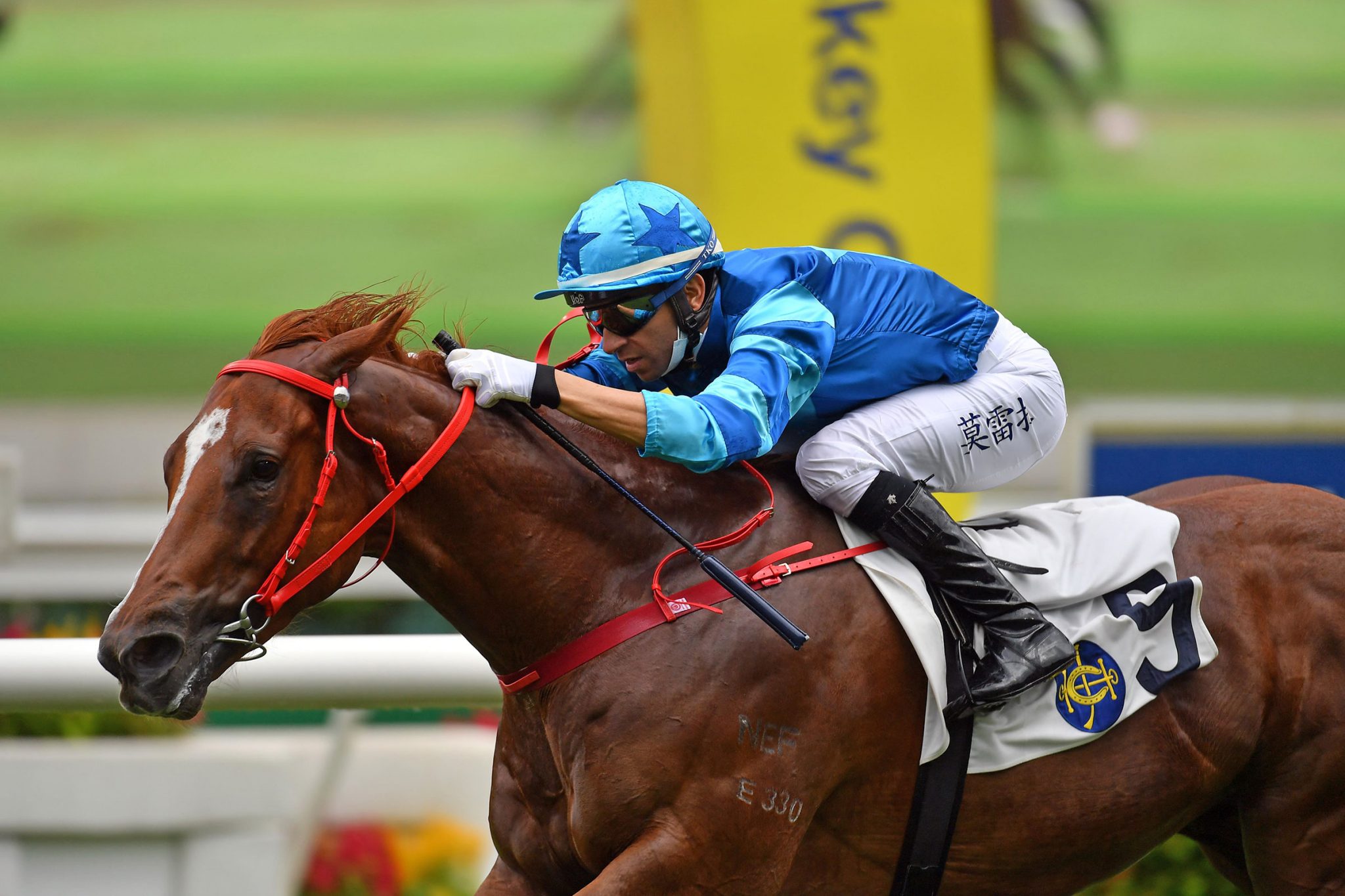 Frankie Lor is optimistic unconquered Master Eight can continue an impressive ascent when the emerging sprinter resumes in the second section of the Class 3 Spoonbill Handicap (1200m) at Sha Tin on Sunday (24 October).

Asked if he thought the chestnut was a strong winning chance, Lor unhesitatingly replied: “Yes.”

Having risen from 52 to 74 in the handicap after successive wins at Class 4 and Class 3, Master Eight will shoulder 130lb for Moreira, while Lor hopes maturity will help the son of Oamaru Force to settle better.

“He’s had two starts for two wins but he’s still learning to relax a bit better. At the moment, he’s a bit of a jump and go horse and on Sunday we’ll just let him jump and see where’s comfortable,” Lor said.

“If he leads, he leads – we will see and I think he will probably lead on Sunday because he’s still fresh. Maybe later in the preparation, he will sit second or third.

“With his fitness, the first trial he still wasn’t 100 percent and he finished third. After the second trial, Joao came back in and said he was much better.”

Lor will team with Matthew Poon and another last-start winner when Oscar Glory tackles the Class 4 Peacock Handicap (1600m).

“I’ve given him two trials – the first trial wasn’t that good, the second one was better – but he’s still not 100 percent going into his first start this season,” said Lor, who sits fourth in the trainers’ championship on nine wins behind David Hayes (14), Jimmy Ting (11) and Danny Shum (nine).

“He’s still maturing, but I think eventually he’ll get further. On Sunday, if no-one wants to lead, he can lead by himself.”

“Last start, he flew the gate and I took advantage of that in a race where there didn’t look to be a lot of speed – I was able to get into a lovely spot and the speed of the race was actually a bit more genuine than I thought it might have been pre-race. He got into a lovely rhythm and he couldn’t have got a better run and he went on and did the rest,” Purton said.

“Once again, we’ve drawn a bad gate – worse than last time – and it looks trickier. We’re going to need plenty of luck. He can do a few things wrong and his attitude is continually getting better. Early on, he was quite a handful, now he’s accepting things more.

“I thought his last run was acceptable, obviously I would have liked him to have won from that position. We got into a good spot from a pretty poor gate and in the straight, I expected him to finish off a little better than he did,” Purton said of the gelding’s third placing on 22 September.

“But he got a bit lost and wandered a bit and was a bit wary of the other horses around him – which he has a habit of doing – and last season he had seven trials before he went to the races and this season he’s only had two.

“He’s a horse that just blows the house down every time you work him. He’s the type of horse who just might need those extra trials and extra racing.”

While Purton knows what to expect from Ka Ying Spirit, he is wary of Tony Cruz-trained first-starter and recent trial winner Super Fortune.

“I’m expecting a good performance (from Ka Ying Spirit) but the race revolves around how good Tony Cruz’s horse is,” Purton said.

“The unknown is always there. My bloke is quite an honest horse and I expect him to run well.”