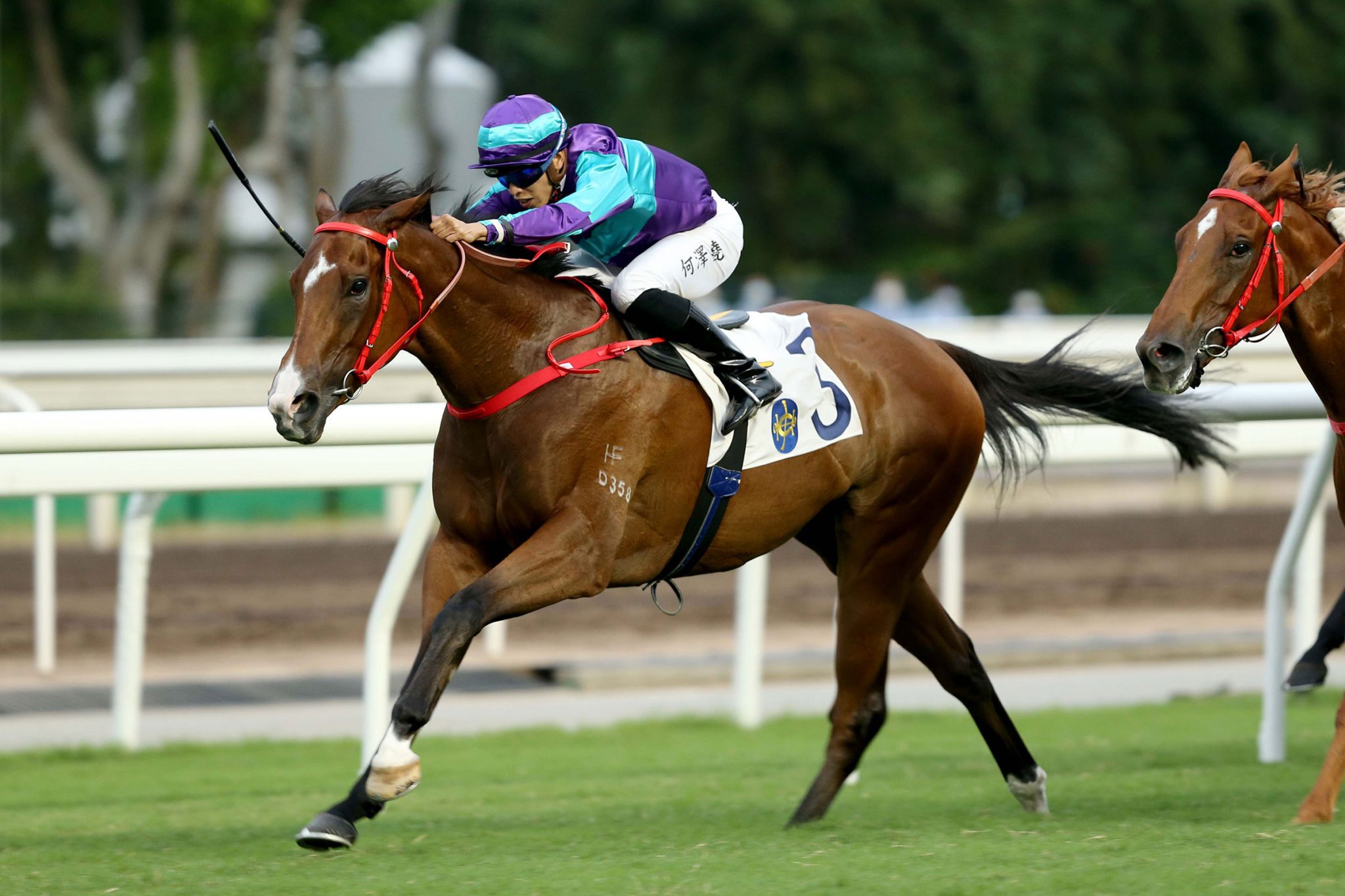 “He looks like he has more to give, I think he does and hopefully he can forget his issue – I have confidence in him,” Lor said.

After stringing together six wins from his first six outings, the Deep Field gelding has since managed only one top-three finish from his last four runs, a dip in form which prompted Lor to sideline the five-year-old at Conghua for close to two months, beginning in the middle of May.

“Last season when he raced over 1400 (metres) we found blood and I think from that he lost his confidence,” Lor said.

Having shown extraordinary potential early on, the 100-rater was found with blood in his trachea following his sixth-placed effort in last season’s Group 3 Chinese Club Challenge Cup Handicap (1400m), the first of four consecutive defeats.

“We had two more races and he looked like he improved a bit but then his last run he ran well, the jockey came back and said his confidence had returned, but we decided to give him two months off,” Lor explained.

Lor hopes Winning Dreamer’s form lapse is attributable to a physical issue rather than a question of talent.

The New Zealand-bred returns to racing to contest the weekend’s HKD$3.15 million contest following a trial last Tuesday (24 August), where he crossed the line third under a firm hold from jockey Vincent Ho, while Super Axiom tore clear in first position over 1050m on the Sha Tin dirt.

“He came back and trialled in Hong Kong and he looks good, he trialled well and I’m happy with him,” Lor said.

All things being well, Lor hopes the five-year-old can reignite his progression and show enough promise to warrant a tilt towards 12 December’s HKD$100 million LONGINES Hong Kong International Races.

“I think we have to see how he goes in this race first but if he keeps improving and getting better then we will look at the Hong Kong International Races with him, but he needs to show that improvement, win, second or third at least,” Lor said.

Having saddled a remarkable 239 wins across his first four seasons as a trainer, Lor is looking forward to his fifth campaign as a handler in Hong Kong.

The 55-year-old handler bolstered his stable in the off-season with a number of new recruits from New Zealand, including Five Elements, who claimed the 2020 Group 2 Wakefield Challenge Stakes (1100m) as a two-year-old at Trentham, prior to export.

The son of Telperion crossed the line second in a trial over 1000m on the turf at Sha Tin on Saturday (28 August) under the hands of four-time Hong Kong champion jockey Joao Moreira.

On Saturday, Lor also saddled Ready To Win to cross the line third behind Trillion Win and Naboo Attack, respectively. The five-year-old was a three-time winner prior to export from four runs, winning at both Otaki and Trentham.

Also pleasing Lor was the third of his trio from New Zealand, Celestial Steed – an unraced four-year-old who stretched out under his own steam with Zac Purton in the plate.

“They look good, I trialled three of them last Saturday and they all look good,” Lor said.