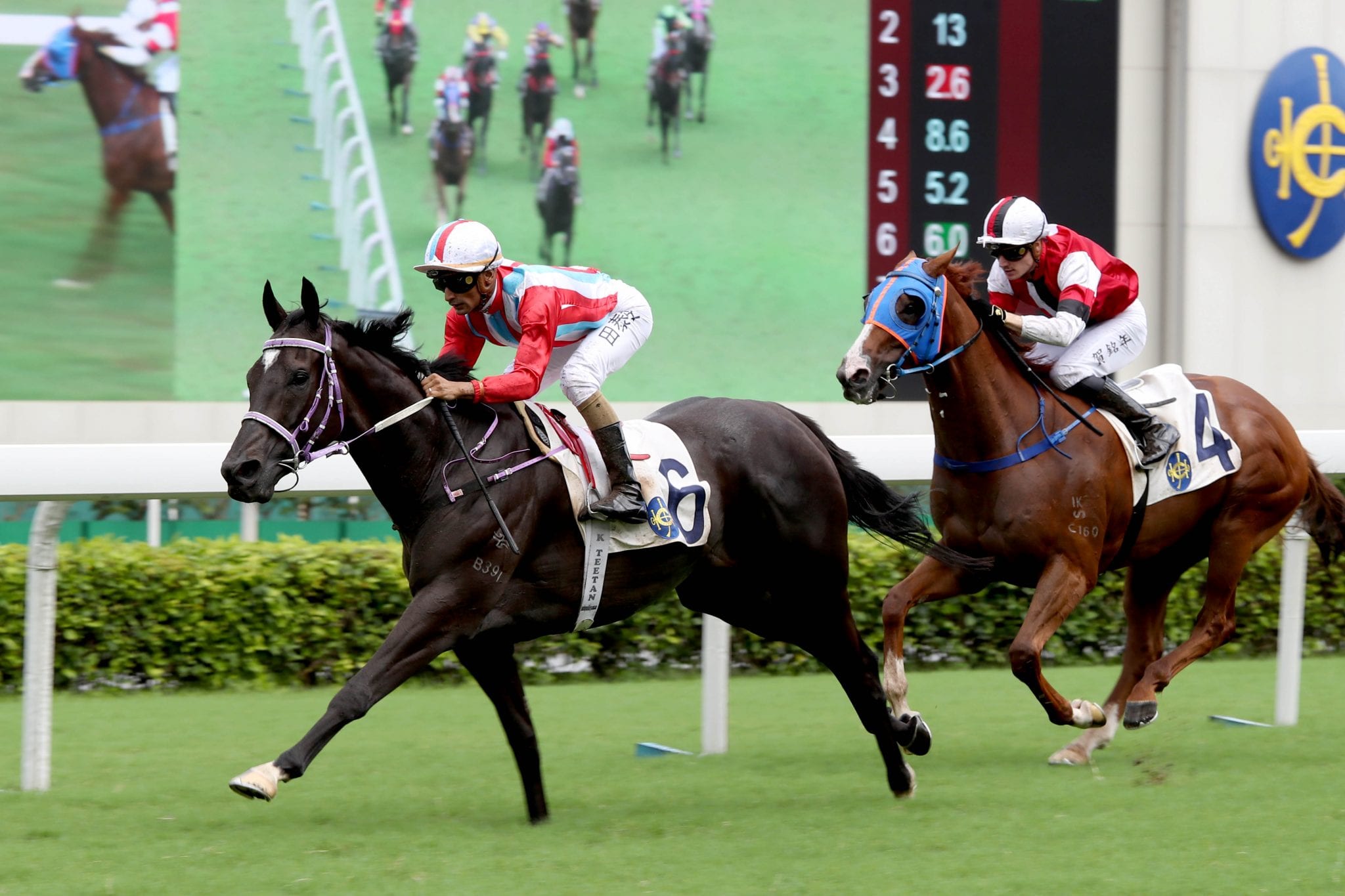 Lakeshore Eagle soared to a hat-trick of wins at the end of last season and this Sunday (20 September) at Sha Tin the smart galloper will shoot for his fourth in succession when he lines up in a smoking hot Class 2 Cheung Shan Handicap (1600m).

The six-year-old was a sensation for trainer Chris So last term with four wins from eight starts and returns on a career-high mark of 91 as he readies for his toughest test to date. “He’s not a big horse but he’s got a big heart,” So said. “He kept surprising me last season, I hope he keeps surprising me – he ran awesome last season winning three in a row.”

The Australian-bred got off the mark on debut in late 2018 as a 52-rater and since then has added five more wins and climbed 39 points in the ratings. “Through the summer break he held good condition and this season, even in his trials, everything is ok,” So said.

The Master Of Design gelding scored at his first attempt in Class 2 last time out, with 116lb on his back, but this time will step out with an added 10 pounds as the fourth-highest rated horse in the race.

So, though, suggested that the stable standout was ready for a step up in trip whatever Sunday’s result and will do so with Group race aspirations. “We will see if we can get him up to Group level in Hong Kong in the future, if he handles the extra distance, but most importantly we have to see how he runs on Sunday and decide what to do next from there,” he said.

“Last season, we started him out over the short distance and got him up to 1600 metres and we won a couple. We have plans and it seems like he wants to go further, so we may send him around over 1800 metres and then up to 2000 metres, but first let’s see how he performs over 1600 metres again.

“Some horses, when you run over a bit further, it’s totally different but hopefully he can handle it so we can have more fun with him in the future.”

Karis Teetan will attempt to extend his winning record on the gelding to four from four. The pair will break from gate 12 against a field of 13 others, including Super Oasis (133lb), Amazing One Plus (125lb), Assimilate (125lb), and the promising young gun Excellent Proposal (119lb).

Whyte, Hong Kong’s 13-time champion jockey turned trainer, is looking forward to seeing what the French-bred can do for his stable. “He’s a lovely horse in the yard and he’s shown a lot of character,” Whyte said. “I think he trialled with a bit of purpose the other day, he got home nicely so it’s going to be interesting to see how he runs first-up.”

The Anodin four-year-old seeks a first Hong Kong win and steps out for his seasonal return off the back of one trial at Sha Tin on the dirt where he showed an eye-catching dash to cross the line third. “I think he’s ready to go, he’s ready to run a race, He’s a bit of a temperamental individual and I’m just trying to mollycoddle him along the way and he seems to be enjoying what I’m doing,” Whyte said.

“I’d like to see how he runs first-up, obviously there’s a couple of races coming up in the near future for him. I wouldn’t mind a bit of this rain hanging around – I think once he gets his toe in, he’ll probably let down a lot better.”

Five on the day for So

The So stable has made a good start to the season and has a team of five entered on Sunday’s card including veteran Hang’s Decision (129lb), who will have his 70th Hong Kong start in the Class 4 Shek Wai Kok Handicap (1400m).

“Even if his rating still has him in Class 4, I think he should run well: last time he got a bad trip but he still managed to finish off strongly,” So said.

So’s other standout entry, Tianchi Monster, will attempt to recover the form that saw him win three races on the way to placing sixth in the 2019 BMW Hong Kong Derby when he tackles the Class 3 Lai King Handicap (1600m). Vagner Borges is set to ride the six-year-old against nine others.

“I think he should run well, it’s still a bit short for him but it seems like his first run over 1400 (metres) was good so second-up now over 1600 should see him run well,” So said.

So closed out last season with 31 wins and has kicked off his 2020/21 campaign with three wins from the first four race meetings. “It’s great – it’s a lot less pressure to win a couple but there’s a long way to go,” So said.

Dreamer’s unbeaten streak on the line

Sunday’s programme also features the Frankie Lor-trained Winning Dreamer, who will put his unbeaten streak on the line when he contests the Class 3 Kwai Fong Handicap (1200m) in search of his third win from as many starts.

The exciting youngster is a two-time winner over 1000m down the Sha Tin straight but will go around a bend for the first time as steps out over 1200m.

“I hope he can keep winning but it’s his first time over 1200 (metres) and he has drawn an outside stall, but in the morning, he looks good,” Lor said. “Last season he had a lot of baby fat and this season he looks much better – you can see much more muscle on him.”

Vincent Ho hops in the plate again as the pair seek to continue their unbeaten run but will have to overcome gate 12 of 12. “I haven’t spoken to Vincent (Ho) yet but California Gungho has drawn gate 11 and he is also fast, so he can bring Winning Dreamer into the inside.

“After this weekend we will know more because at this moment I am sure he can handle 1200 and 1400 but we need to see,” Lor said.