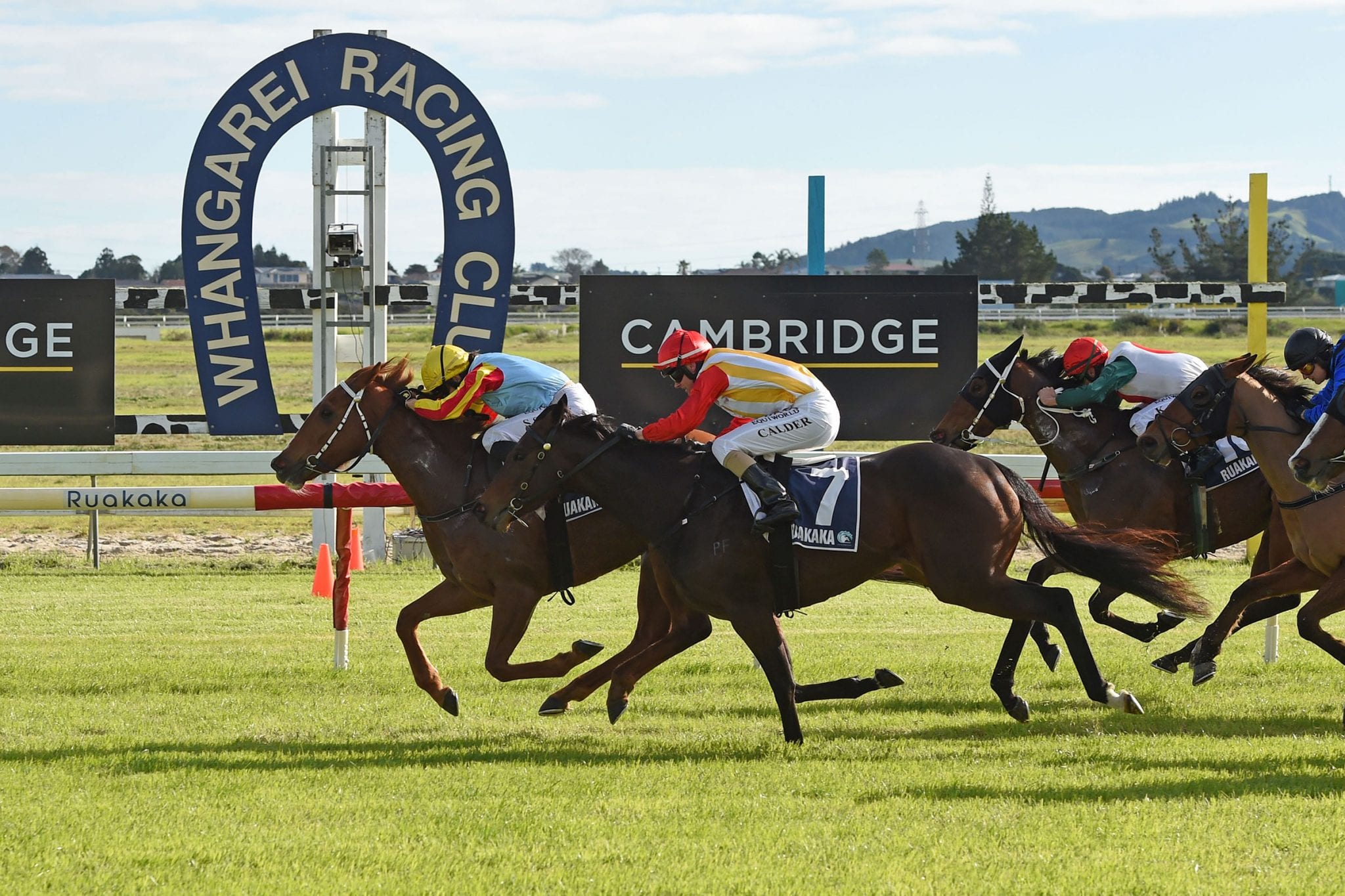 McKee was sitting on his couch at home when he saw the daughter of Pluck win her first raceday start at Ballina in April last year and was suitably impressed by the effort.

After contacting ex-pat Kiwi trainer Trent Busuttin, McKee had him make enquiries about the filly and ended up purchasing her from her connections to race out of Busuttin and partner Natalie Young’s Cranbourne stable.

“We were in lockdown last year and with Aussie still racing I was sitting around when I fluked watching her run first up at Ballina,” McKee said.

“I was really taken by the win and just how well she stretched out, so I watched the replay a few times and gave Trent a call to see whether he had seen it.

“He was busy at the time and had missed the race, but I got him to follow up for me and make an offer on her.

“The owners decided to sell, so I transferred her down to Trent and she had three runs for me out of his Cranbourne stable.”

Joey’s Gift couldn’t reproduce that initial winning performance as she struck heavy tracks in two of her three starts for Busuttin and Young before a freak training track accident saw her sidelined due to injury.

“She has a beautiful long action, so she needs dry ground and when she struck the heavy stuff, she just didn’t fire at all,” McKee said.

“My intention was to leave her in Australia but one morning at the track she got hit by a riderless horse and was quite busted up.

“Once she was able to travel, I thought the best thing would be to get her home and get her on some good New Zealand grass and let her take her time recovering.”

McKee brought the filly back into work earlier this year and after two trials she made her New Zealand debut at Ruakaka last month, finishing well back on an unsuitable Dead6 surface over 1200m.

Although not convinced the Dead4 track rating on Saturday would be dry enough for his charge, McKee was pleasantly surprised to see Joey’s Gift see off all challenges in the hands of Sam Spratt to register an eye-catching victory.

“Sam was really taken by the win as she relaxed quite nicely and managed to cope with the track although she said she needed much firmer than what she got,” he said.

“At the moment I think 1200m will see her out so we will probably come back up here for a similar race next time before I have a think about where to go with her.

“She really needs those hard summer tracks so we might put her away and wait for that as I have a lot of time for her and think she has a good future ahead of her.”