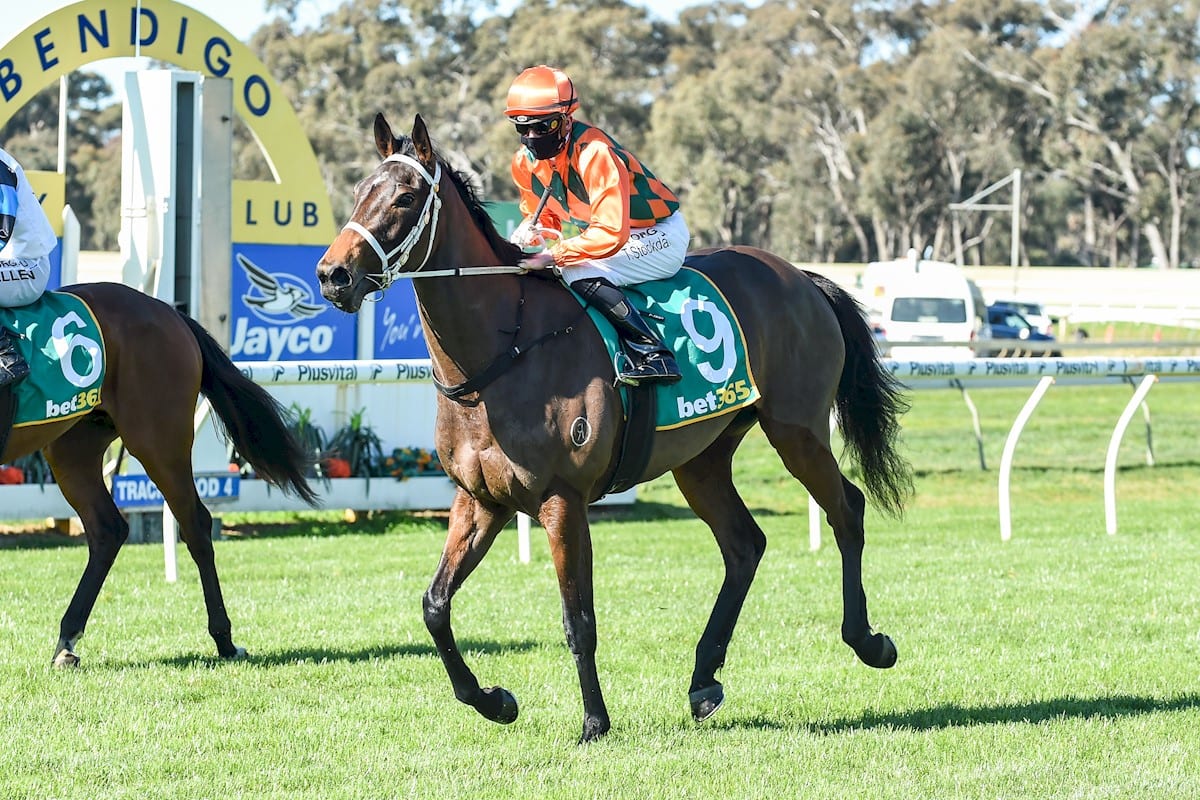 Stockdale now has the perfect record on the daughter of Teofilio, trained by Trent Busuttin and Natalie Young, after narrowly taking out the Group 3 Auraria Stakes (1800m) on Saturday.

And with that record Stockdale is hoping to retain the ride when Tyche Goddess heads to the Group 1 Australasian Oaks (2000m) at Morphettville on May 1.

The heavily supported -166.67 favourite, the previously unbeaten Steinem, finished fourth, after having to circumnavigate the field after settling at the rear.

Stockdale rode Tyche Goddess when she won her debut at Bendigo in July last year when she lowered the colours of one of the South Australian Derby top contenders Let’s Karaka Deel.

“I won her first start on her and this is only my second sit on her, so hopefully I can stick with her going forward,” Stockdale told racing.com

“She’s got all the good form around her and things didn’t go right for her last time.

“I have to say a big thanks to the Busuttin team for putting their trust in me as this is my first Group winner.”