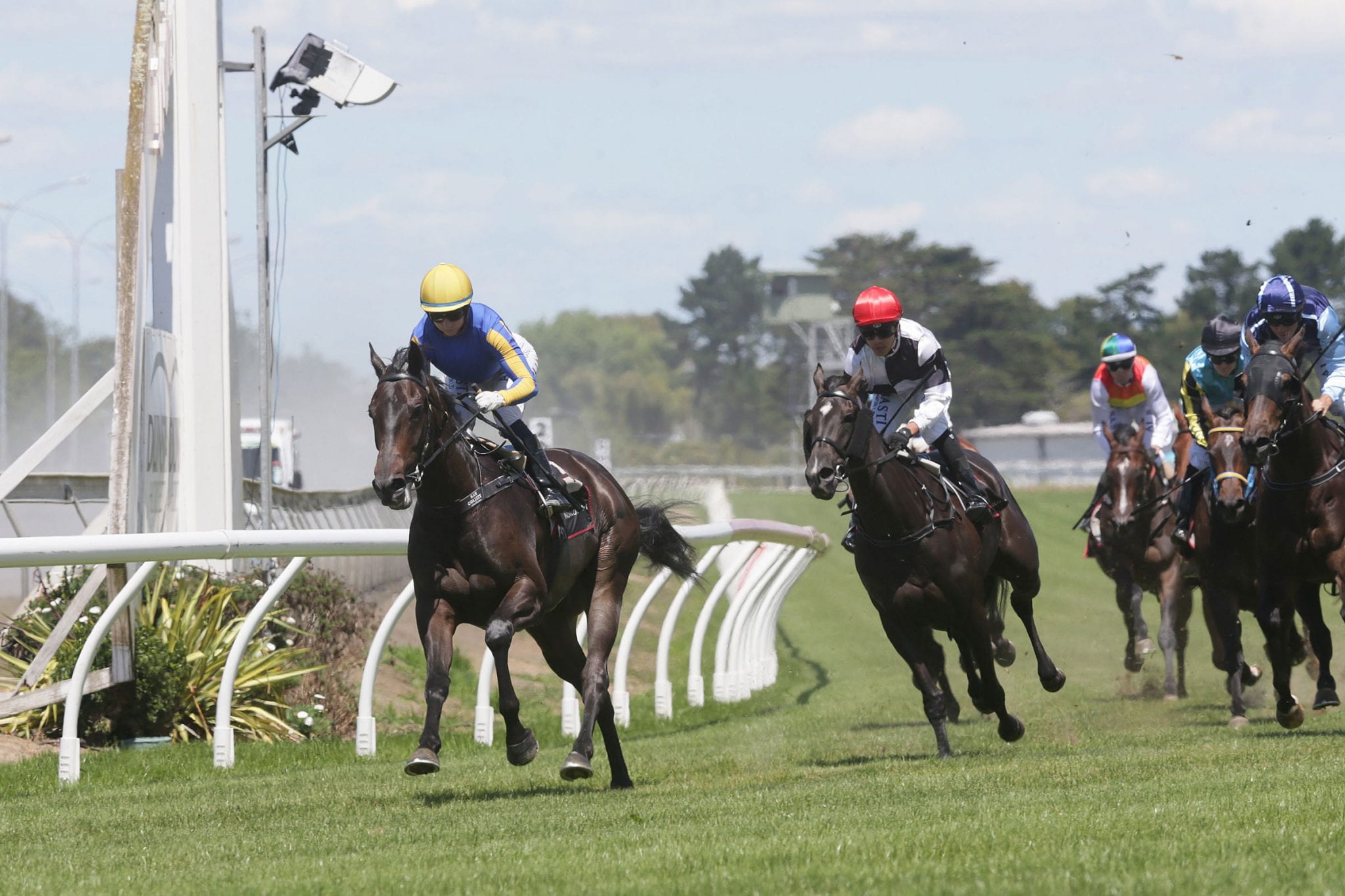 Local runner El Tirador provided a dashing display on his home track at Pukekohe on Sunday when he strode home to defeat his age-group rivals over 1400m. The three-year-old son of Shocking made it back-to-back victories after opening his winning account narrowly at Ruakaka over 1200m earlier in the month.

The Nigel Tiley-trained galloper appreciated the rise in distance as he stalked pacemaker and race favourite Opalescence throughout before issuing his challenge early in the run home. Under a confident ride by Saturday’s Group 3 Wellington Cup (3200m) winning jockey Sam Collett, El Tirador dashed clear at the 150m to win comfortably from Opalescence, who battled on well for second ahead of fellow pacemaker Macs.

El Tirador holds a nomination for the Group 1 Vodafone New Zealand Derby (2400m) in March but Tiley isn’t convinced that is a natural target for him. “He still wants to go a little bit keen, but he was very strong at the line today,” Tiley said.

“Once he got to the front and lengthened out, he was very good and that is no slug (Opalescence) that he has beaten. “He is Derby nominated and they are only three once, but at the moment a mile would probably see him out.

“If he happened to win over a mile and his owners wanted to have a crack at the Derby then we’ve got nothing to lose. “To be honest I haven’t really looked past today for him, but we will see how he pulls up. “He is a good doer and eats pretty well, so I expect him to bounce through this one nicely.”

Bred and raced by a large group of owners, El Tirador is out of the unraced Captain Rio mare Pamela Place. His grand-dam is Centaine mare Our Centasea, a half-sister to dual Group One winner Seascay and the dam of Group 1 BMW Stakes (2400m) and Group 1 Turnbull Stakes (2000m) winner Littorio