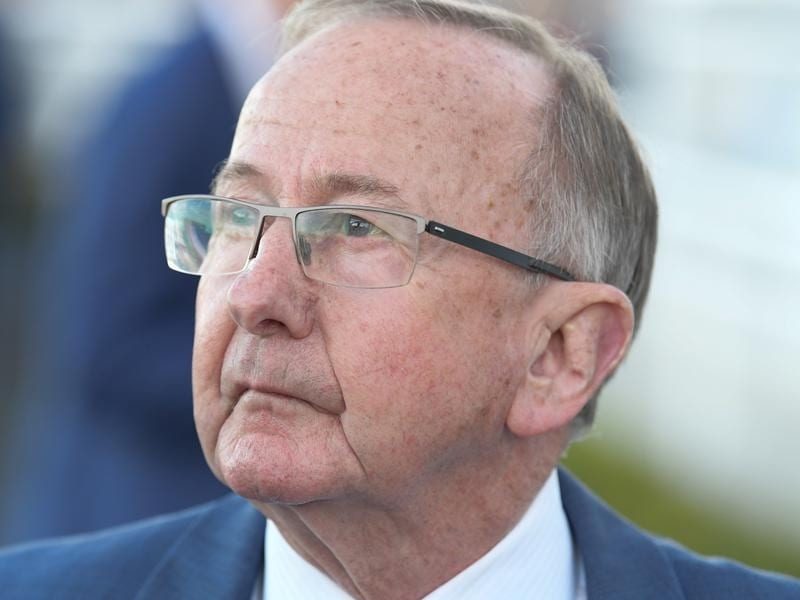 The full sibling to multiple Group 2 winner Libertini has made her presence felt with an eye-catching debut victory at Hawkesbury on Wednesday.

The Ron Quinton-trained De An Andretti lived up to her bloodlines, producing a barnstorming finish to snatch victory by 0.3 lengths.

The daughter of I Am Invincible gave Andrew Adkins his second win since returning from a long list of injuries suffered in a race fall last year.

After some troubles at the start, Adkins steered her into the clear and let the two-year-old show her class.

“I’m not sure whether the girth pinched her or not, but she half-bucked coming out of the gates and then ran a few off the track.

“But as I said, she’s a nice filly and she was able to set herself in a nice rhythm from there on. I let her follow the fence until the corner and I just got the back of Kerrin McEvoy’s mount coming to the corner.

“I just let her get around the corner and let her balance up before I asked her (for an effort) and she savaged the line like I thought she would.”

The long Hawkesbury straight proved an advantage for De An Andretti, needing almost every inch of it to claim victory.

Although it didn’t look like the two-year-old would get the win, Adkins was confident he was on the victor.

“As soon as I straightened I knew she felt like the winner,” Adkins said.

“It was just the wonder of only one trial and how much she had left in the last 50 metres.

“They probably just found her out towards the end, but it was a great training effort from Ron. It was a bit of a question mark with it being her first preparation and only having one trial and going to the races, she’s a big, gross horse, so I take my hat off to him.

“He knew what he was doing.”

Unlike her full sister Libertini, De An Andretti was able to win on debut, running a faster overall and last 600 metre sectional time than the colts and geldings two-year-old race beforehand.

Hall of Fame trainer Ron Quinton couldn’t wipe the smile from his face.

“It was an outstanding effort I thought because she came out very awkward out of the gate which she had never done before,” Quinton said.

“I think it just tells us that she’s a pretty good filly.

“She’s beautifully bred and she’s a monster of a filly for a two-year-old. So that’s what we’ve got to take care of, she’s so big on those legs.

“She’ll be a very good three-year-old, so she’ll probably go for a holiday now and come back for the spring.”

Adkins notched up his second win since returning from a broken leg, collarbone, broken ribs and a punctured lung which was a result of a race fall in July last year.

Both of his wins since returning have been aboard Quinton-trained horses, with the Hall of Fame trainer repaying Adkins for his hard work.

“He was on her today because he came out and helped me with the jumpouts of a morning and so he deserved to be there today,” Quinton said.

“That’s only his second win back, and both have been mine, which is pleasing for us.”

Quinton has two horses nominated for Kembla Grange on Saturday, whilst Adkins will ride Adelong and Rondinella on day two of The Championships at Randwick.