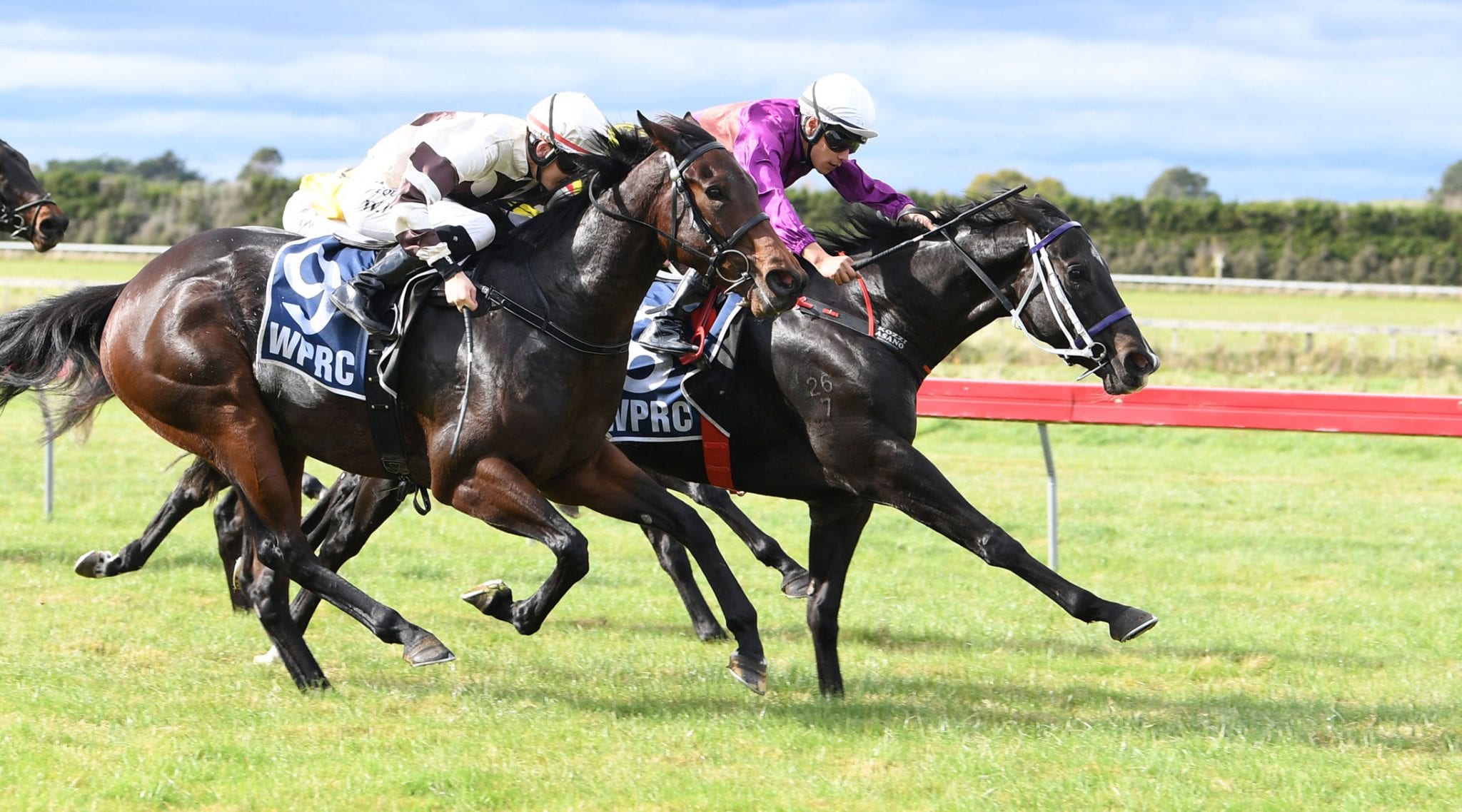 A barnstorming late run by three-year-old filly Platinum Star that carried her to a maiden victory at Woodville on Sunday also brought up a special milestone for trainer Lisa Latta.

The victory was Latta’s 1000th New Zealand career winner after she was encouraged to step out as a trainer in her own right following the death of her boss and mentor Malcolm Smith in 1998.

Latta trained five winners in her first solo season and has built an enviable record over the past 24 years through the deeds of quality gallopers such as Wharite Princess, Fort Lincoln, Mikki Street, Platinum Witness, Platinum Invador and Sentimental Miss.

Winning the National Trainers’ premiership in the 2013/2014 season is one of many highlights for Latta, finishing runner-up the following season to Murray Baker and Andrew Forsman.

The Awapuni trainer has prepared the winners of 62 stakes races domestically, in addition to winning black-type races in Australia with the likes of Platinum Kingdom and Zennista.

To reach the 1000-win milestone is something Latta never contemplated when she took the decision to enter the trainers ranks on her own.

“I guess this has been a long time coming and it is more a feeling of relief to get the monkey off my back rather than anything else at the moment,” she said.

“It was great to achieve the 1000 wins with a horse bred and part-owned by Neville McAlister, as he has played such a big part in my career.

“Neville and John and Lynne Street were right behind me when I started out and have been great supporters over all the years I have been training.

“I’ve just been really lucky to have had terrific and loyal owners, along with great staff, who have all played their part in getting to where we are today.”

While loathe to single out the best horse she has trained, Latta reserves special mention for 2011 Karaka Million 2YO (1200m) winner Fort Lincoln.

“Fort Lincoln winning the Karaka Million was a very special day for the stable,” she said.

“I would also say horses like Wharite Princess (Group 1 New Zealand Oaks, 2400m), Platinum Witness (Group 1 NZ 1000 Guineas, 1600m) and Authentic Paddy, who won eleven races, are some of the others that spring to mind.”

Latta didn’t have any special celebrations planned to mark her achievement, preferring a quiet evening after a long day at the Woodville meeting.

“I hadn’t really thought about what I would do if we got the win, but I know it has been a really long day with eleven races at the meeting,” she said.

“It might be nice to just go home and rest up before getting out of bed early tomorrow morning to do it all again.”