Lindsays out for more Karaka glory 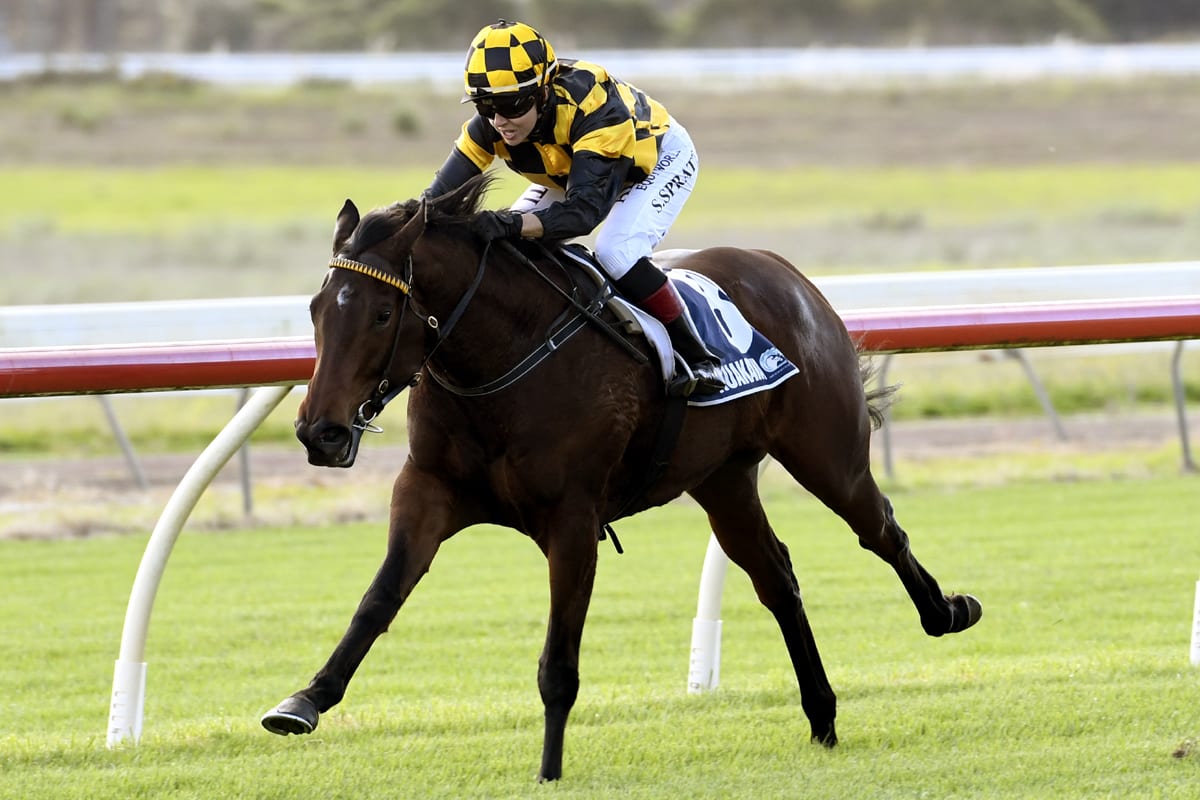 Brendan and Jo Lindsay’s black and gold checked silks have been prominent on Karaka Million night in the last couple of years through the deeds of Probabeel, and the Cambridge Stud principals are hoping they have another filly that can pick up her mantle. Promising two-year-old Beldarra will begin her path towards the rich twilight meeting in January when she makes her debut in the Listed Fasttrack Insurance 2YO Stakes (1100m) at Pukekohe on Saturday.

The Hinchinbrook filly has had two trials for two wins and trainer Lance Noble has been impressed with what he has seen to date. “You wouldn’t normally put a first starter into a stakes race but she has been very professional in her trials and has shown a bit of ability,” Noble said. “The biggest thing with those trials was that she can relax, take a sit, move forward, and was professional. “Race day is a bit different so we will find out on Saturday, but we are happy with her.”

She was purchased out of Little Avondale Stud’s New Zealand Bloodstock Book 1 Yearling Sale draft earlier this year for $115,000 on the advice of Cambridge Stud chief executive Henry Plumptre with the Karaka Million as the focal point. “She is Karaka Million eligible, so if we can get a bit of the money it helps to get in to that race,” Noble said.

“Henry Plumptre selected her and she was a really precocious looking yearling. “She is by Hinchinbrook who can leave two-year-olds. She looked like a two-year-old runner and she was bought with the Karaka Million in-mind. “It would be great if we could get her there.”

Noble is also hoping to snare more black-type for Group 3 performer Familia when she contests the Group 2 Dunstan Feeds Auckland Thoroughbred Breeders’ Stakes (1400m) on Saturday. The Makfi mare placed in her first two runs this preparation before winning at Ellerslie earlier this month and Group 1 targets could be in the offing if she performs well this weekend.

“Her form has been solid. She is not very big but she has got a big heart,” Noble said. “I think she deserves a crack at the race on Saturday. She was stakes placed as a three-year-old. Her form this time in has been strong and she has been running in good company. “She is nominated for the Railway (Group 1, 1200m). We think she is a sprinter, up to 1400m. “We will get through Saturday and then she can have a freshen-up and we will look at the Railway, if she warrants it.”

Noble is also looking forward to lining-up Dance Card, Gravitelle, and A Proper Lady on Saturday. “Dance Card, it will be her fourth run in,” he said. “It usually takes her a couple of runs to get up to fitness. She had her first start over ground two weeks ago at Te Rapa. “She is ready to stick her hand up. She is in a rating 74 race and she should go well.

“Gravitelle is a staying mare. She is in a 1600m race, which may be a little short for her. We have always held her in pretty high regard. We are looking for a good, solid run from her. “And A Proper Lady has been very consistent. It’s good to be taking five horses to the races all in good form.”