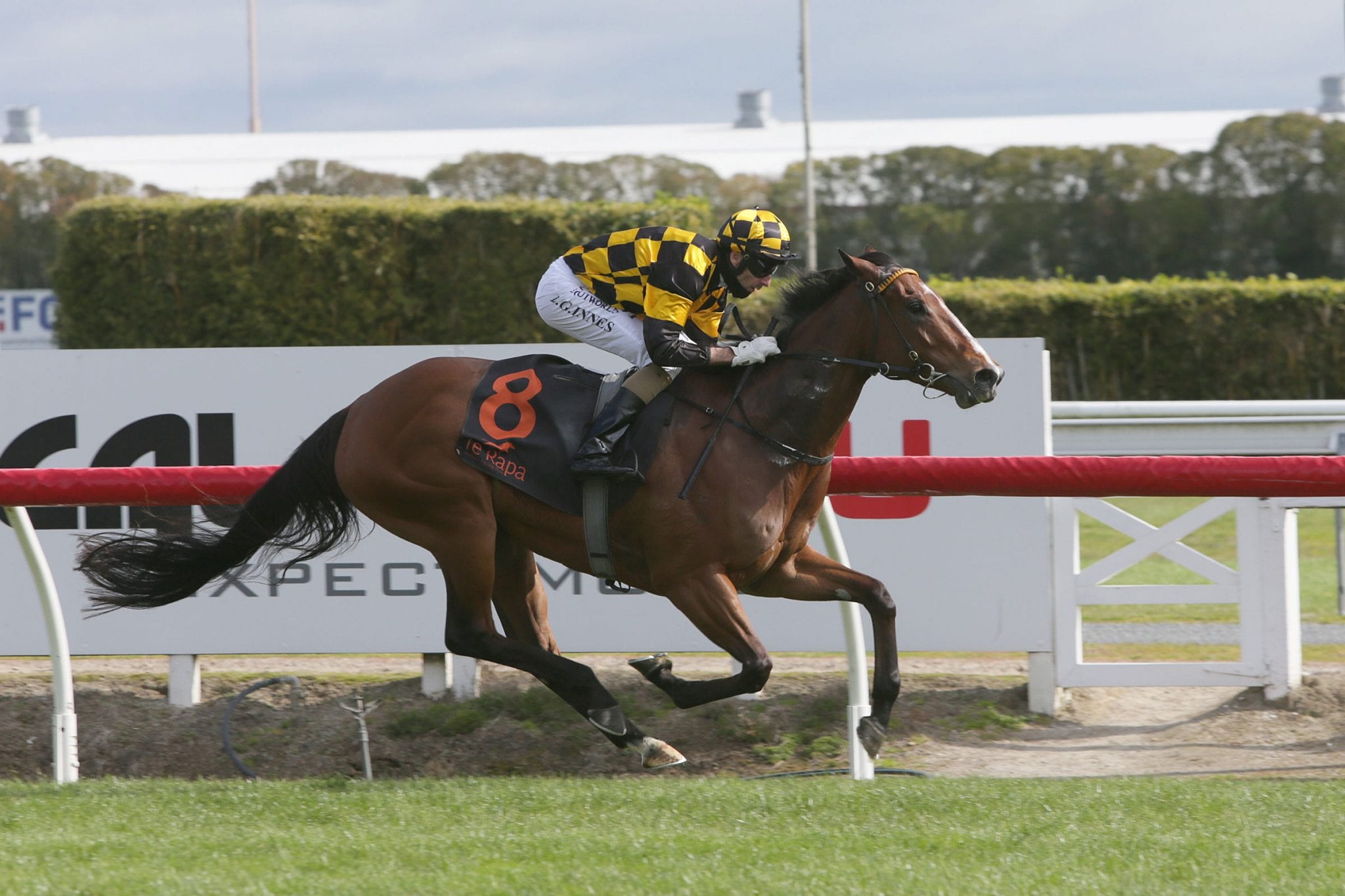 The Cambridge Stud colours of Brendan and Jo Lindsay will be in full force on Saturday in Sydney through top-class mare Probabeel in the Group 1 Queen Of The Turf Stakes (1600m), while ownership-mate Bavella will also be making a hit-and-run raid across the Tasman with the 98-rater set to contest the Group 2 Sapphire Stakes (1200m).

A Listed winner and multiple Group Three placed, Bavella is prepared by Lance Noble, who trains a small team of horses from the Lindsays’ private training establishment at Karaka.

Tim Clark will ride the four-year-old mare, who finished runner-up to the Jamie Richards-trained Entriviere at Ellerslie last start and will clash again with that rival in the fillies and mares set weights and penalties contest.

“She hasn’t had a tough season this season so we’re trying to get some Australian black-type for her,” Noble said of the well-bred daughter of Snitzel.

Bavella’s runner-up finish in the Group 3 King’s Plate (1200m) is her only run this campaign, with Noble using an Ellerslie trial last week, in which the mare finished third, in readiness for the Sydney mission.

“It was a bit of a funny old day at Ellerslie. Originally they were going to have the open trials on the outside of the course proper and then they switched them to the inside track, where it’s pretty tight in there,” Noble said.

“Leith (Innes, jockey) just looked after her. She wasn’t there to win it or anything. She was there to have a nice hit-out and she did and she’s worked well since. It’s never easy going to Australia but on her best form and running against fillies and mares only, I think she’s well worth taking.

“It’s a nice fit for her and I think she deserves a crack at it.

“It is pretty much a hit-and-run mission, even though there are a couple of options later on, this is her target.”

Closer to home Noble will have his eye on a number of runners at Te Rapa this weekend, a program that now features a rescheduled Group 1 Fiber Fresh New Zealand Thoroughbred Breeders’ Stakes (1600m), which was the feature on the card of last Saturday’s abandoned Te Aroha meeting.

Noble will saddle Group Two placed four-year-old Familia in the fillies and mares feature, and is hoping to run in the money with the daughter of Makfi who gives 100 percent.

“It was a shame what happened at Te Aroha, it might not be big on numbers but it’s got the best quality that I’ve seen in that race in a good few years,” Noble said.

“She is not far off them. I don’t think she’s right up to the top ones but she’s run second to Coventina Bay last start and has run third at Group Two level to Levante.

“On her day, if she can get third we’d be pretty happy. She deserves a crack, she’s going to have a spell win, lose or draw so why not have a go. We will keep her in work next season and as a five-year-old I think she’ll be even better.”

Noble said the postponement of the race by a week wasn’t ideal as Familia hadn’t raced since February 27 but that could be negated by the hope of a better surface this weekend.

“It’s been a while since she’s raced so I was keen for it to be on last Saturday, but it is what it is,” he said.

“The only other thing is I’m not sure how she was going to handle a wet track so I’m glad that there’s a bit more chance of it being drier at Te Rapa than what it was at Te Aroha.”

Meanwhile, Noble is looking forward to watching some of his juveniles step out again in the coming weeks, with talented Rubick filly Aglianico looking to break her maiden when contesting a two-year-old 1100m race at Te Rapa on Saturday.

“She’s improved from her second placing behind Quicken Away at Pukekohe, and we’re hopeful with her. She’s got ability and just keeps getting better,” Noble said.

Two-year-old gelding Marchand, a son of top middle distance mare Lashed, will step up to stakes company after finishing runner up on debut at Ellerslie and will be back at the Auckland venue in a fortnight.

“He had his first start over 1300m at Ellerslie and ran really well. He ran through the line so the mile shouldn’t hold any problems.”