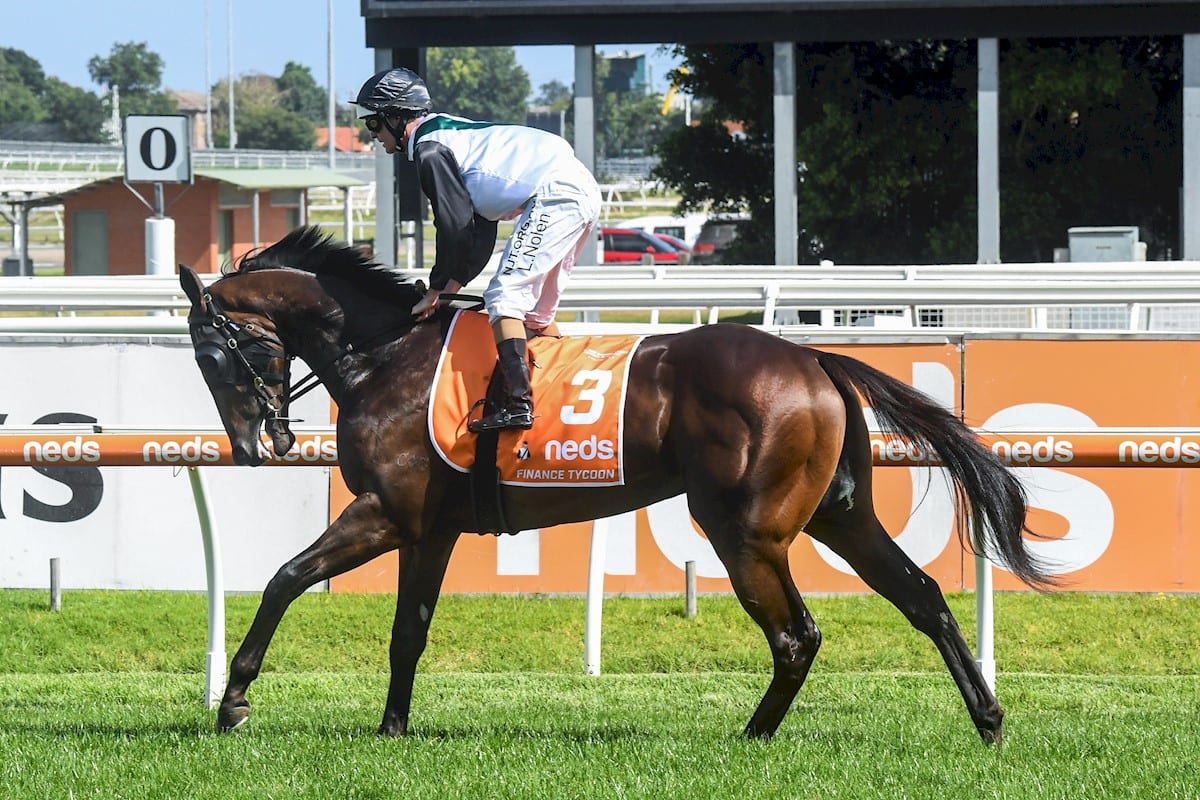 A throat irritation may have derailed the Golden Slipper hopes of Finance Tycoon but Lindsay Park is hopeful the two-year-old is in for a big payday at Caulfield.

Finance Tycoon, and stablemate Tramontana, contest The Showdown on Saturday, a $950,000 race for two-year-olds by Victorian-based sires.

The winner of the Group 3 Maribyrnong Plate at Flemington in the spring, Finance Tycoon has also finished sixth in the Magic Millions 2YO Classic at the Gold Coast and fourth in the Group 1 Blue Diamond Stakes at Caulfield.

It was after the Blue Diamond outing that Finance Tycoon was found to have inflammation of his throat.

Tom Dabernig, who trains in partnership with Ben Hayes, said the stable could have pressed on to the Golden Slipper.

“If we really wanted to, we probably could have, but we didn’t want to set the horse up to run badly,” Dabernig said.

Saturday’s draw of 13 is likely to see Finance Tycoon push forward, unlike at the Gold Coast where they elected to go back in the Magic Millions.

“He’s got such natural speed and Caulfield is a different scenario to the Gold Coast,” Dabernig said.

“I think if he puts up his Blue Diamond run, you’d have to say he’ll be right in the mix, we’re just going to hope that they don’t make us work too much for it early.”

Tramontana enters Saturday’s race as a maiden, but Dabernig has seen signs of improvement from the colt in his work.

“He’s a horse that I’ve noticed in recent weeks that things are mentally starting to fall into place for him,” Dabernig said.

“In his two runs he’s been quite green, but has raced well without not quite knowing what to do under pressure, but we’ve had the benefit of a bit of time between runs and I’ve seen some natural improvement there.”