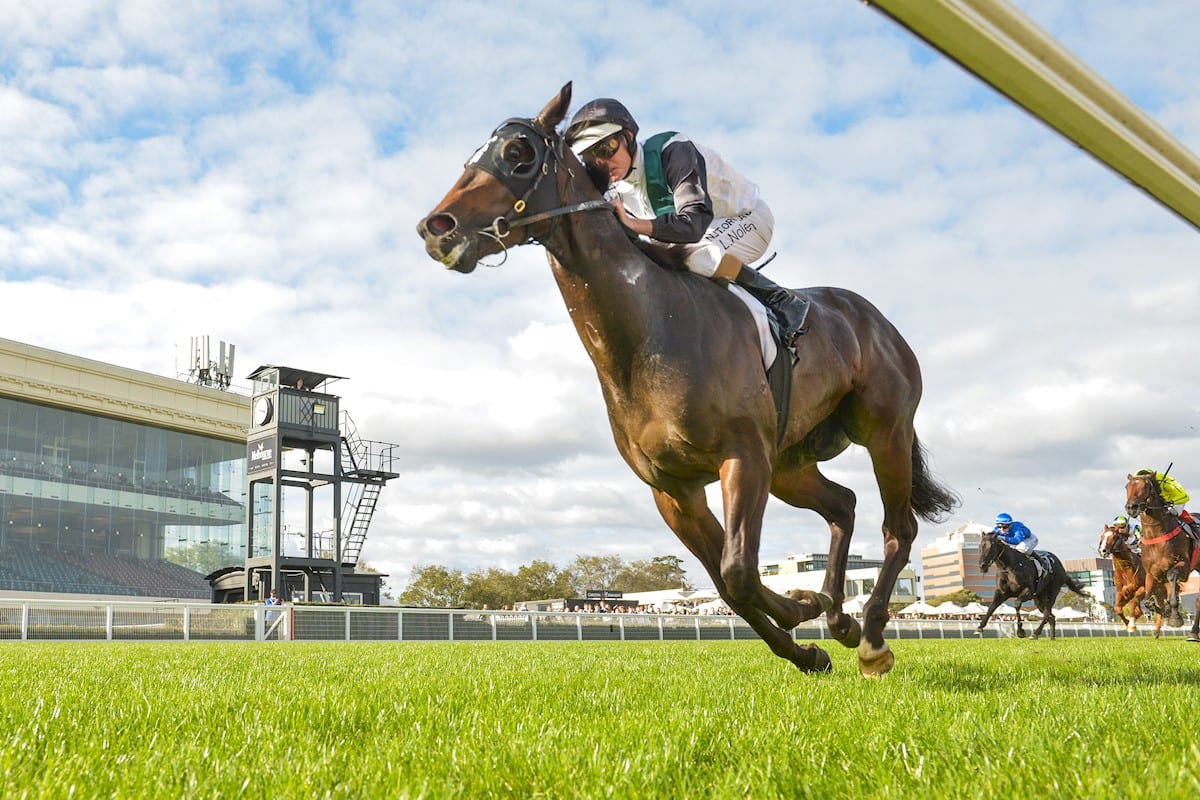 Interstate travel and a throat irritation could not stop the Lindsay Park-trained Finance Tycoon from taking out the third running of The Showdown at Caulfield.

Experience and race manners came to the fore as Finance Tycoon raced to a comprehensive victory in Saturday’s $950,000 feature which was for horses sired by Victorian-based stallions.

Finance Tycoon was lining up for his sixth race start having started his career at Flemington last September, racing through the spring to win at Flemington on Melbourne Cup Day then onto the Gold Coast for the Magic Millions.

He returned to home to run in Victoria’s richest two-year-old race, the Group 1 Blue Diamond Stakes, finishing fourth to Artorius, after which a throat irritation was discovered.

While the stable could have pressed on to a start in last month’s Golden Slipper in Sydney, the wiser option was to pull-up stumps to concentrate on Saturday’s $500,000 first prize.

Ben Hayes, who trains Finance Tycoon in partnership with Tom Dabernig, said the colt had run up to his Blue Diamond performance with the win.

“He was so strong to the line and he wasn’t stopping,” Hayes said.

“I think he showed everyone today that he’s a real quality horse and a fantastic horse to have in the yard.

“He’s a pleasure and he’s done a really good job because he’s been in (work) since the spring and hasn’t really had a break.

“To keep a two-year-old up this long and to win that impressively is such a good effort by the team at home.”

Hayes said having the country property at Euroa in north-east Victoria was instrumental in keeping the not only Finance Tycoon racing, but also a number of other horses.

“We find that we’re able to keep horses fresh for a long time and we find we can have horses winning at their ninth or tenth runs,” Hayes said.