Lim’s Cruiser Settles In At Newmarket 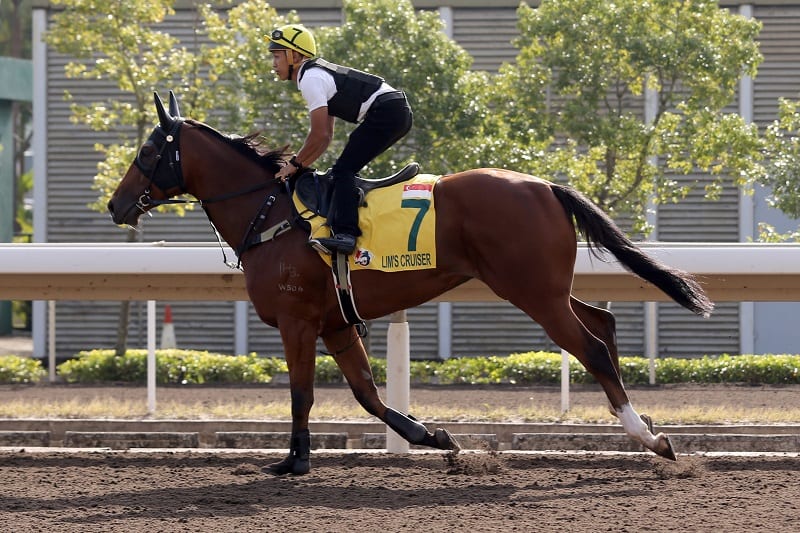 Trainer Stephen Gray admits it is a dream to have Singapore sprinter Lim’s Cruiser at Royal Ascot for the Diamond Jubilee Stakes.

The ex-pat New Zealander says Lim’s Cruiser has settled in well to his surroundings at Newmarket ahead of an ambitious tilt at the 1200m-race on Saturday week.

The six-year-old is among the outsiders but given the record of overseas sprinters down the years, he should not be written off.

“He has been a bit agitated, but that is only because it is all new. The weather is a bit different to what he is used to, but he seems fine with it now,” Gray said.

“The trip over will have been like a race for him, and we have just got to keep him ticking over and keeping him healthy.’

“I was umming and ahhing about coming. There was nothing at home for him, and (owner) Mr Lim said ‘go have a crack at it’ – so we have to thank him for that.

“If he turned up at his best he would run very well. If the race was in Singapore he would have been extremely hard to beat. It is hard to win the race here, let alone having had to travel as well.

“There are another couple of races for him after this, the July Cup at Newmarket and Lennox Stakes (Goodwood).

“If he finished in the first three or won it he might get a slot in the Everest (in Australia). You have got to have dreams!”

Lim’s Cruiser will not be Gray’s first runner at Ascot. He trained Emperor Max who finished seventh of 20 behind Muhaarar on Champions Day in 2015.

“Emperor Max was a different type of horse. He was a bleeder and that stopped him from being a superstar,” Gray said..

“I learnt a lot from that trip here with him and learnt that we can compete. A lot of it is down to having the nerve to have a go at it. If you turn up and try your best sometimes dreams come true.”