Decision time on the horizon for Gray 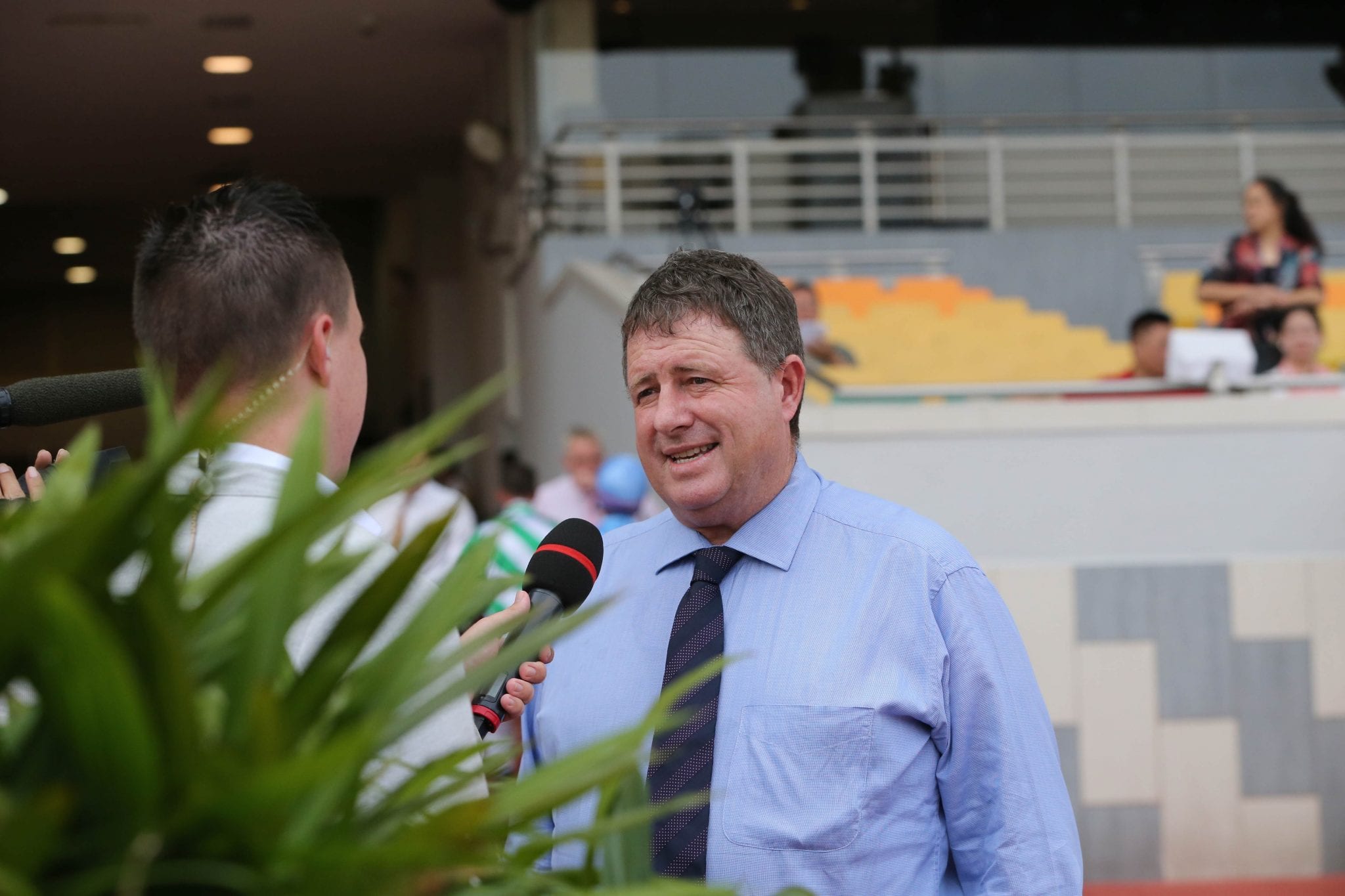 After 20 years training in Singapore, Stephen Gray is planning to weigh up his future lifestyle options within the next couple of years. Gray formerly trained in New Zealand with his father, Kevin, for 12 seasons from 1988-99, the partnership winning almost 400 races, including 10 Group or Listed events. But he saw the opportunity in 2000 to take the plunge and attempt to carve out a career training in Singapore and his move in April that year has seen him establish himself as one of Singapore’s leading trainers with almost 800 wins to his credit.

“From that first brigade that came in around the same time, only Michael Clements and I are still here training,” Gray said. “When I first came here it was a dream. I was the youngest trainer here and I thought I’d give it five years, then it became 10 years and I’ve ended up staying 20 years. “I saw a future. It was really exciting. The first 10 years were great, but the last 10 years it has changed a lot and it hasn’t been as positive.

“Don’t get me wrong, I’m still happy to be training here. But, like everyone, I’ll be interested to see how the next 12 to 18 months will go. “With what has happened here and all around the world with COVID-19, we’re all not sure where we’re all heading.”

The COVID-19 pandemic resulted in racing being halted in Singapore in April for three months and during that time Gray, like most others, experienced a stressful time and he felt for his staff, most of whom are from Malaysia. “It was very stressful and emotional and a lot of paperwork was involved,” he said. “It was being in the unknown. “We had to make accommodation for 12 of the staff at the stables as with the borders closed they couldn’t go home. “I felt sorry for them, but we all pulled together and got through it and we’re back racing now, even though it’s only once a week at this stage.”

Before the pandemic struck Gray had been pleased with the way this year had begun for his stable. “We were going along well and had strung together some wins, but really we are just starting up again now,” he said. “Though a lot of the better ones I have had for clients have been sold, I’ve got some nice young ones coming through. I think Heavenly Dancer could be a good horse.”

Heavenly Dancer had been a Cambridge trials winner as a two-year-old for Mark Fraser-Campin and Chris Campin and since being sold to Gray’s stable he has won his only start (last March over 1000m). Kharisma has been a winner for Gray since racing resumed, capping off three placings from as many previous starts, while the stable’s winners earlier this year included Apollo Rock, Darc Bounty, the durable Billy Britain and Larry.

Aided by a staff of 30, Gray has 55 horses in work and is satisfied with the size of his team, but knows it’s not the case with all trainers. “Overall the numbers are down in Singapore,” he said. “Three years ago there were 1400 and now there are about 900. It’s become tougher to get owners and some trainers are struggling.”

Gray realised early on in Singapore, he was better off there than returning to train in New Zealand. “New Zealand racing wasn’t going the way it should have been,” he said. “Coming here was as a long-term investment and it’s worked out well for us. “The model here used to be cost-effective, but over the last four years it has changed a lot.”

Gray is grateful for the opportunities he has had over the years in Singapore and the highlights he has experienced. “I’ve had so many highlights,” he said. “I’ve won most of the Group races over here. “Winning the Derby and Gold Cup, plus the Lion City Cup twice are probably a few of my highlights, as well as competing in Hong Kong. And, of course, taking two horses to England was special.”

As well as the racing highlights, Gray believes living in Singapore has been beneficial for his family, his wife, Bridget, and children, James (18) and Katie (16). “I wouldn’t have experienced the travel we have done as a family if I hadn’t come here,” he said. “One of the main things was to make sure the kids were well educated and we’ve achieved that. “James is in the National Service’s Officer’s School and is six weeks away from graduating as an officer. He may later head to Melbourne to study film, political studies or defence, while Katie has another year at school.”

So what of the possibility of Gray eventually returning to settle in New Zealand after celebrating his 21st Singapore anniversary next April? “We have bought a place at Mount Maunganui,” he said. “It’s always been a dream place for me and I wanted somewhere to go when I’m semi-retired, but whether that’s in the next few years we’re undecided. “For now I’m happy being here and making a living, but I’d like to see improvements. The only way forward is change and a new direction.”