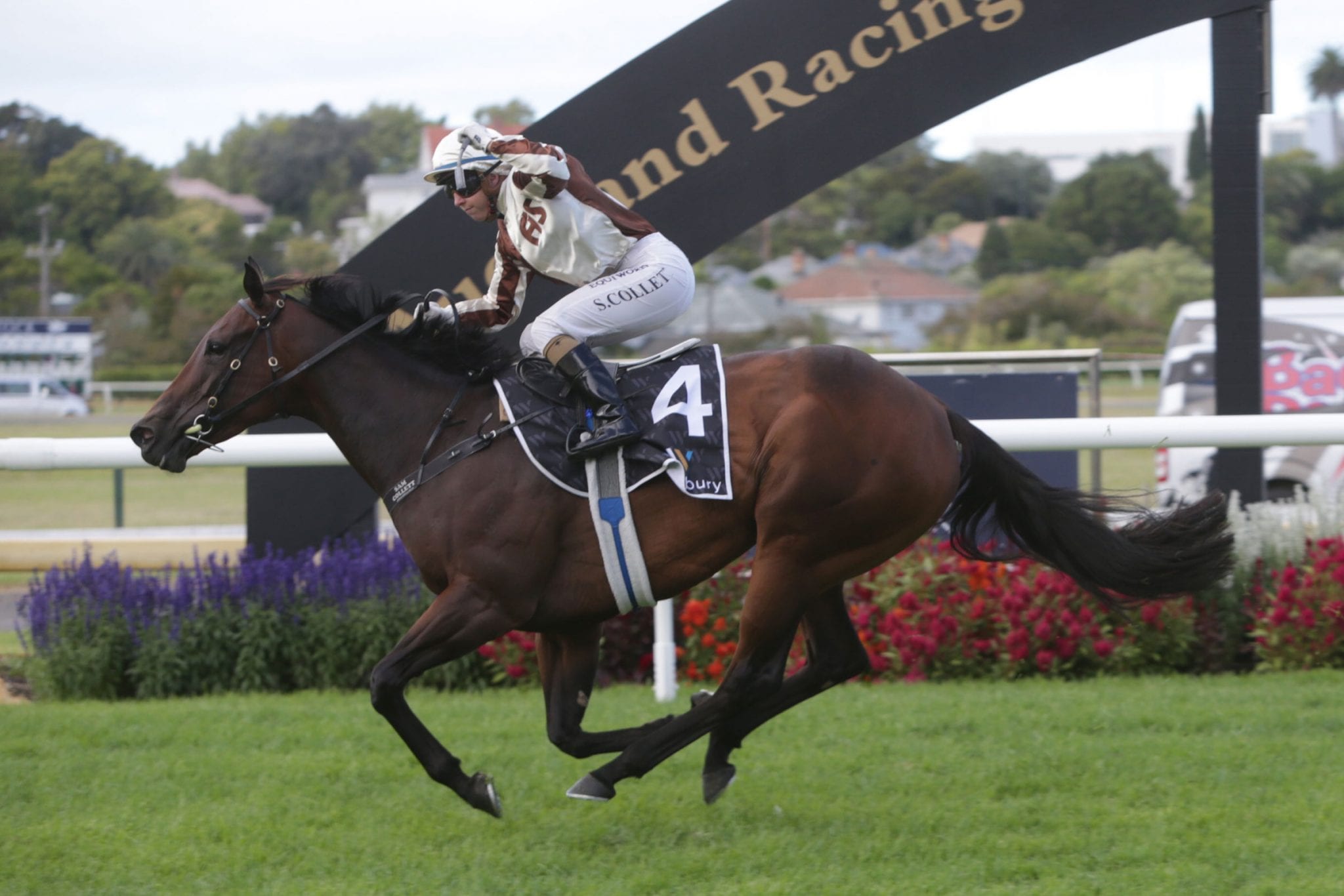 Ken Kelso is looking forward to seeing his exciting mare Levante take on Avantage again, this time at 1400m in the Group 1 BCD Sprint at Te Rapa.

Levante has thrilled racegoers with her fast-finishing efforts, winning six of her eight starts. But in her sole effort at Group One level, she couldn’t catch Avantage, now a six-time Group One winner, and Julius in the Group 1 Sistema Railway (1200m) on New Year’s Day.

Part of the problem that day was a slow mid-section of the race, which made it extremely difficult for anything to make ground in the final 600m. Levante ran a sizzling 32.53 seconds for her last 600m, but with most of the field breaking 33.5 she couldn’t get any closer than third.

Levante returned to winning form in the Group 2 Westbury Classic (1400m) at Ellerslie on Karaka Million night. Her final 600m that day of 33.31 was a full second quicker than any of her opponents.

“They slowed the pace mid-race in the Railway and that left her a bit flat-footed, but she came home pretty good,” Kelso said.

“The step up to 1400m helps her too. She proved that in the Westbury. She’s very happy at 1400m, and probably even further.”

Kelso said he doesn’t expect pace to be a problem at Te Rapa on Saturday.

“Julius is there, he’ll obviously go forward, and one or two others will go forward, but the 1400m will really help.”

Levante won’t be the only promising mare Kelso takes to the races on Saturday, with Les Crayeres looking to be a big chance in the Peter Kelly – Bayleys Real Estate Mile (1600m).

Owned by Sir Peter Vela, Les Crayeres is from the family tracing back to the outstanding taproot mare Richebourg and is a full-sister to the Group winners Dolmabache and Pure Elegance.

The four-year-old Les Crayeres was a late maturer who didn’t race until this season, but she has looked very good recently, winning two of her last three starts.

“I’m a great believer in giving horses confidence, not stepping them out too big, too soon,” Kelso said. “Horses need to have confidence to win, especially fillies and mares, and we took the softer options of running her mid-week just to give her confidence.”

Kelso said Les Crayeres would probably keep going through the grades, though her next task depends on how she races at Te Rapa.

“I won’t be throwing her in the deep end too soon. But she’s capable of getting black type, and she’ll get better the further she goes and as she gets stronger – she’s probably still 12 months away from being at her peak.”