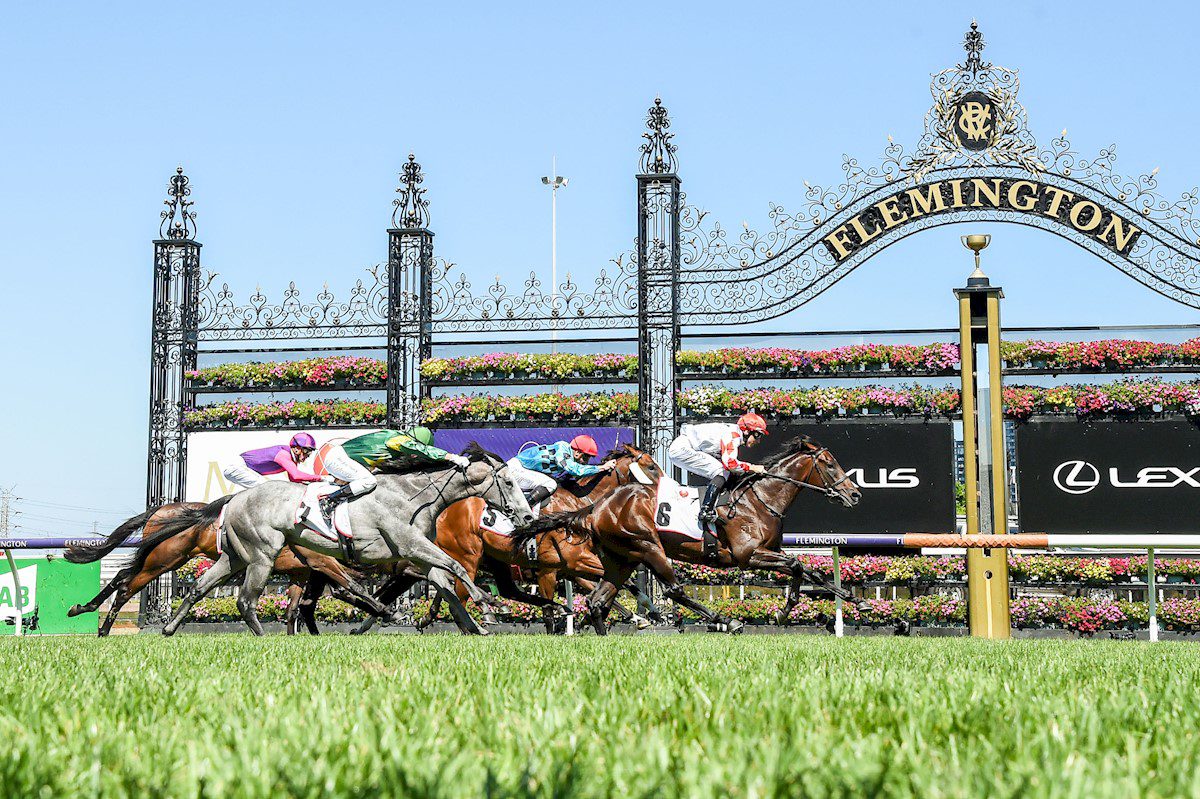 The Danny O’Brien-trained Let’srollthedice took out the Group 2 Sires’ Produce Stakes (1400m) at Flemington on Saturday.

The son of Dundeel made it two wins from as many starts after he was well-backed on debut when winning a Bendigo maiden by three-and-a-half lengths over 1100m.

Jockey Damian Lane had his mount three-wide with cover in a midfield position early in the race before hooking out to the middle of the track in the straight. The colt then worked home strongly for an impressive victory beating the Annabel Neasham-trained Man In The Mirror by three-quarters-of-a-length.

The colt isn’t exactly bred to be winning stakes races at two years of age, but has done everything right so far.

“He came through our system and obviously being a Dundeel we were never going to push him,” O’Brien told Racing.com after the event.

“He had a trial or two in January and then went to Bendigo and did the job there.”

O’Brien was pleased with the efforts of Lane who gave the colt a chance to work into the race.

“He was in a good stalking position, three-wide with cover with the opportunity to come into the race, and no-one is riding better than Damian at the moment,” he stated.

“He just seems to be timing everything beautifully. That’s seven or eight winners from his last ten rides for us, so we’re very happy with how things are going.”

A trip to Sydney now looks likely for the promising galloper with the Group 1 ATC Sires’ Produce Stakes (1400m) and the Group 1 Champagne Stakes (1600m) at Randwick being options for the stable.

“He was a raw horse when he came into the stable this prep and he’s taking it in his stride and continuing to improve,” Lane said.

“You’re never quite sure where they’re going to get to, but I’m optimistic at this stage.”

Let’srollthedice is a $13 chance with Sportsbet to win the ATC Sires’ Produce Stakes in Sydney on April 2.