Zaaki takes out the All Star Mile at Flemington 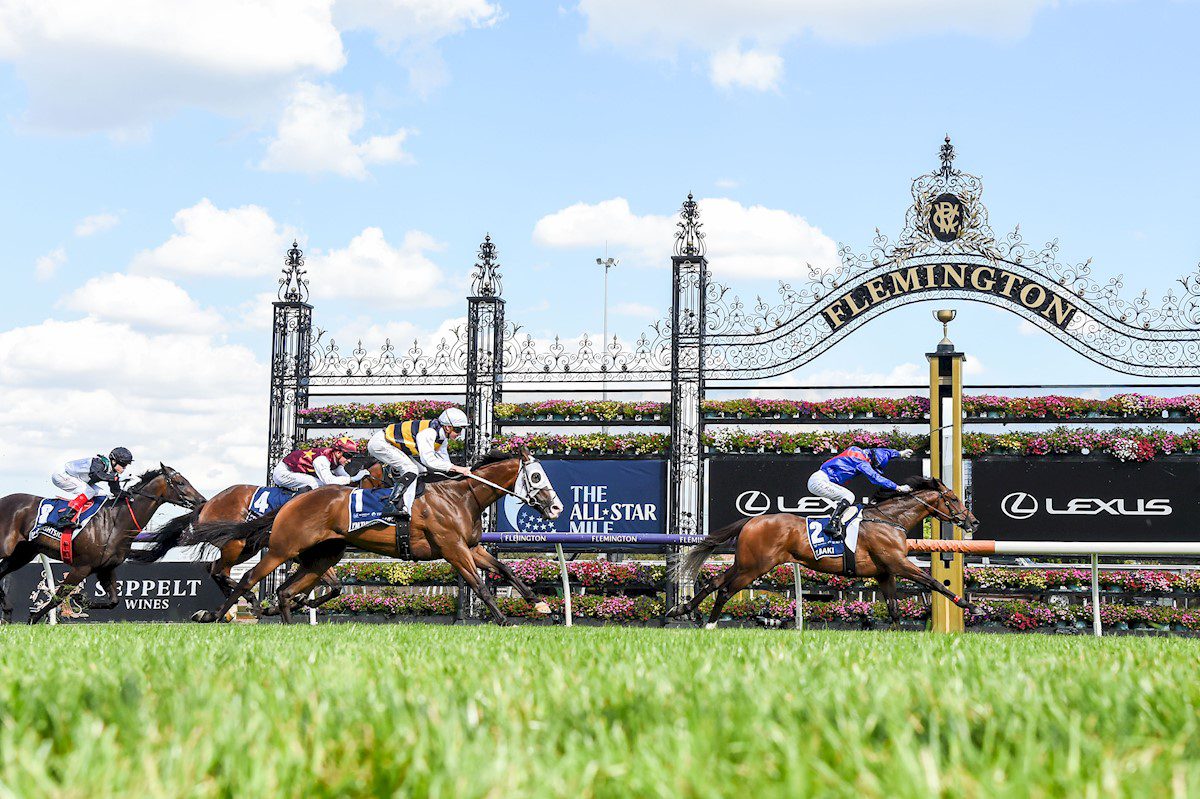 From the lowest of lows to the sky-high feeling of winning the 2022 The Seppelt Wines All-Star Mile (1600m) at Flemington on Saturday.

That was the prevailing emotion for ecstatic and victorious assistant trainer Todd Pollard, after overseeing Zaaki’s commanding 1 1/2-length win in the lucrative $5 million race over 1600m.

It was just October 23 last year when Annabel Neasham’s stable staff and connections felt the bitter disappointment of having to withdraw their superstar seven-year-old from the 2021 Cox Plate due to a high temperature.

But on Saturday, the gelding was scorching hot on the track, the $2.40 favourite with Ladbrokes never in doubt 300m from the finishing post, with Mick Price and Michael Kent’s I’m Thunderstruck in second.

And after such an impressive performance, Pollard promised punters that his fellow stable personnel were still smarting about last year’s Cox Plate.

“It (not starting last year’s Cox Plate) was the lowest of lows, but for him to win a race like this (is amazing),” he told racing.com, with star South Australian Jamie Kah in the saddle.

“Hopefully he’ll be back in the Cox Plate this year. There’s unfinished business and bring it on.

“The horse deserves it so much. He puts in 110 per cent effort every time. Sometimes things don’t go his way but full credit to the horse, the team at home, Annabel and the owners.

“It’s such a good reward for the whole team. Based on his couple of trials before the Doncaster we knew we had a pretty nice horse, but you never know until race day.

“He’s just such a great animal. He knows when it’s race day, he’s so easy to deal with and it’s unbelievable.”

Kah has had a week to remember, winning her hometown Adelaide Cup aboard Phillip Stokes’ Daqiansweet Junior on Monday, on her way to recording five wins on Monday.

She backed up and once again showed her class on Saturday.

“I tried to pass Mum there and I was doing pretty well. Then I saw her and the tears came.

“It’s really special to get back to the Group level. I know it’s not a Group 1 but I’ve been runner-up in Group 1s of late.”

Kah knew there were risks in asking Zaaki to dig deep 300m from the finishing post. But, then again, she was aboard one of the best sprinters in Australia.

“I never for one minute thought it was going to be easy to get there,” she said.

“But in the end it was relatively smooth enough. He’s just a superstar horse.

“You can begin him and then he comes back. He does everything right.

“I thought we were going pretty well at the turn. But his sustained speed is just unbelievable.