Leoncavallo and Mondain The Value Bets In Cesarewitch Handicap 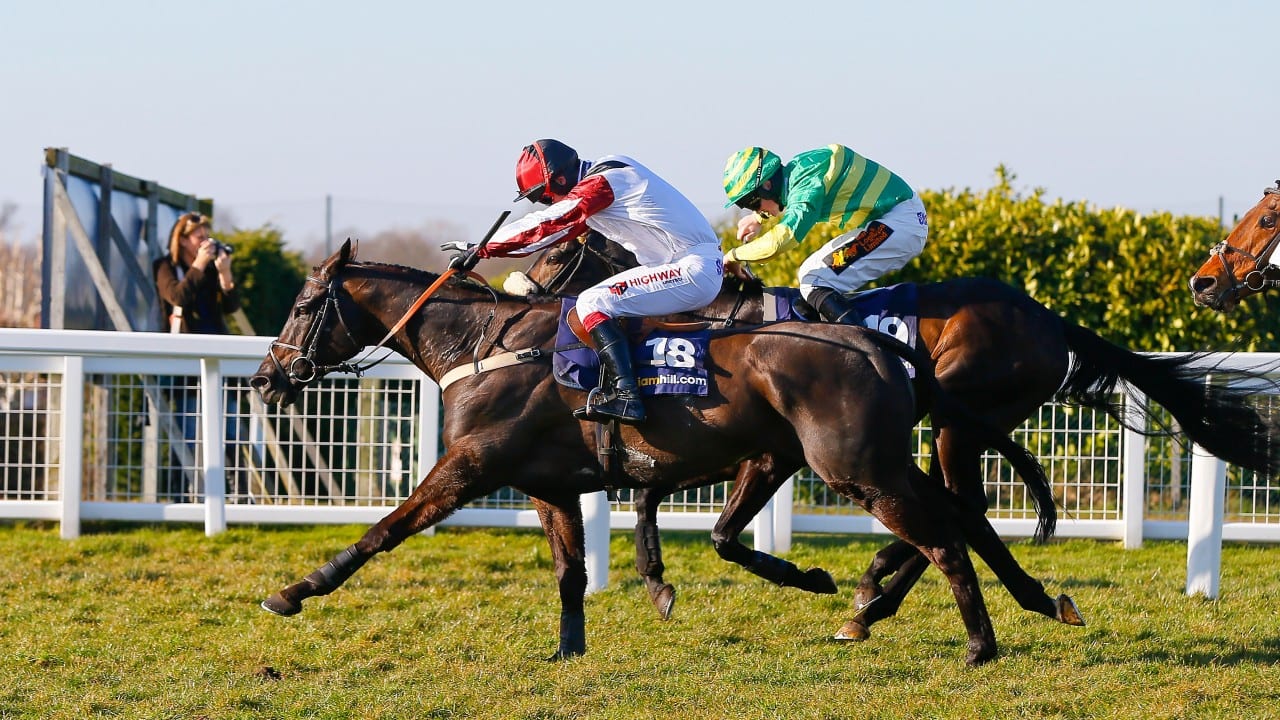 It’s impossible to be dogmatic about a 34-runner handicap but Leoncavallo and Mondain have decent profiles for the Cesarewitch Handicap at Newmarket on Saturday (3.35pm) and are our two runners against the field at +1000 and +1200 respectively with BetOnline.

Punters have some options with the place terms. Some bookmakers are settling each way bets at one quarter the odds for four places while others are offering extra places at one fifth the win odds. Paddy Power are paying out down to seventh place at one fifth the odds but are top price for the two selections. In a highly competitive contest the bookies go +700 the favourite.

Leoncavallo and Mondain can be backed each way or you can ‘dutch’ them to make the same profit if either wins the race. The combined price for these naps is about +450 which equates to -1000 for the field. Some money buyers may like the 10% return on investment but could get stung because Leoncavallo and Mondain tick a number of boxes.

Jumps trainers target the Cesarewitch and since 2000 predominantly National Hunt handlers have won the race. Willie Mullins trained the winner in 2018 and 2019 and Nicky Henderson, Philip Hobbs and Alan King have also won the race.

Leoncavallo is trained by David Pipe whose Dad Martin prepared the winner in 2000 and 2002. Mondain runs from Mark Johnston’s stable which houses Flat horses. The trainer won the race in 1998, 2004 and 2013 so knows what it takes and targets the race with one of his best stayer’s.

Mullins sends Great White Shark to Newmarket again this year but the horse was unplaced when well backed 12 months ago. The second favourite (at time of writing), Coltrane, is a progressive colt proven at Class 2 level. His stamina is a positive but Leoncavallo and Mondain are preferred at the weights.

Leoncavallo could be a blot on the handicap carrying 8st 3lbs after winning with plenty in hand at Haydock last time out. Mondain will have a higher Official Rating in future races so at 8st 13lbs could have a few pounds to play with at the business end of the race. Summer Moon carries the top weight of 9st 10lbs which looks too much despite the obvious class.

Twelve winners this century have carried less than nine stone. The two selections are within the weights band for seven of those runners. Over the last 20 years, the range of winner’s weights is 8st 1lb to 9st 8lbs. Summer Moon would have to be a Group horse running in a handicap to carry the weight and win. Leoncavallo and Mondain both have more manageable marks.

In terms of age the latter has the better profile. Mondain is a four-year-old while Leoncavallo is four years his senior. The most common age of the winner since 2000 is four with six wins. Only three horses older than seven have won the race this century. There has been one successful horse aged three while Carracciola, trained by Henderson, won aged 11 in 2008.

The selections both fit one of the two profiles of recent winners of the Cesarewitch, those being, decent jumps horses given a chance by the handicapper and hardened Flat horses with stamina. There are a number of progressive horses at the bottom of the weights but unproven at the distance. The long straight at Newmarket takes some getting and should suit Leoncavallo and Mondain.

Both horses have the form and ratings to be competitive but luck in running is still important in such a big field. The draw is not too significant over 18 furlongs so running from stall 19 (Mondain) and 29 (Leoncavallo) should have little bearing on the outcome of the race. However, it is important to have a good pitch from one mile and two furlongs out at the top of the straight.

Leoncavallo ran an eye-catching trial for the Cesarewitch at Haydock over 14 furlongs 60 days ago. His previous run produced a win in a novice chase at Stratford over two miles and five furlongs.

The Cesarewitch can be a bookies benefit but Leoncavallo and Mondain could help you beat them in one of the toughest betting races of the season.