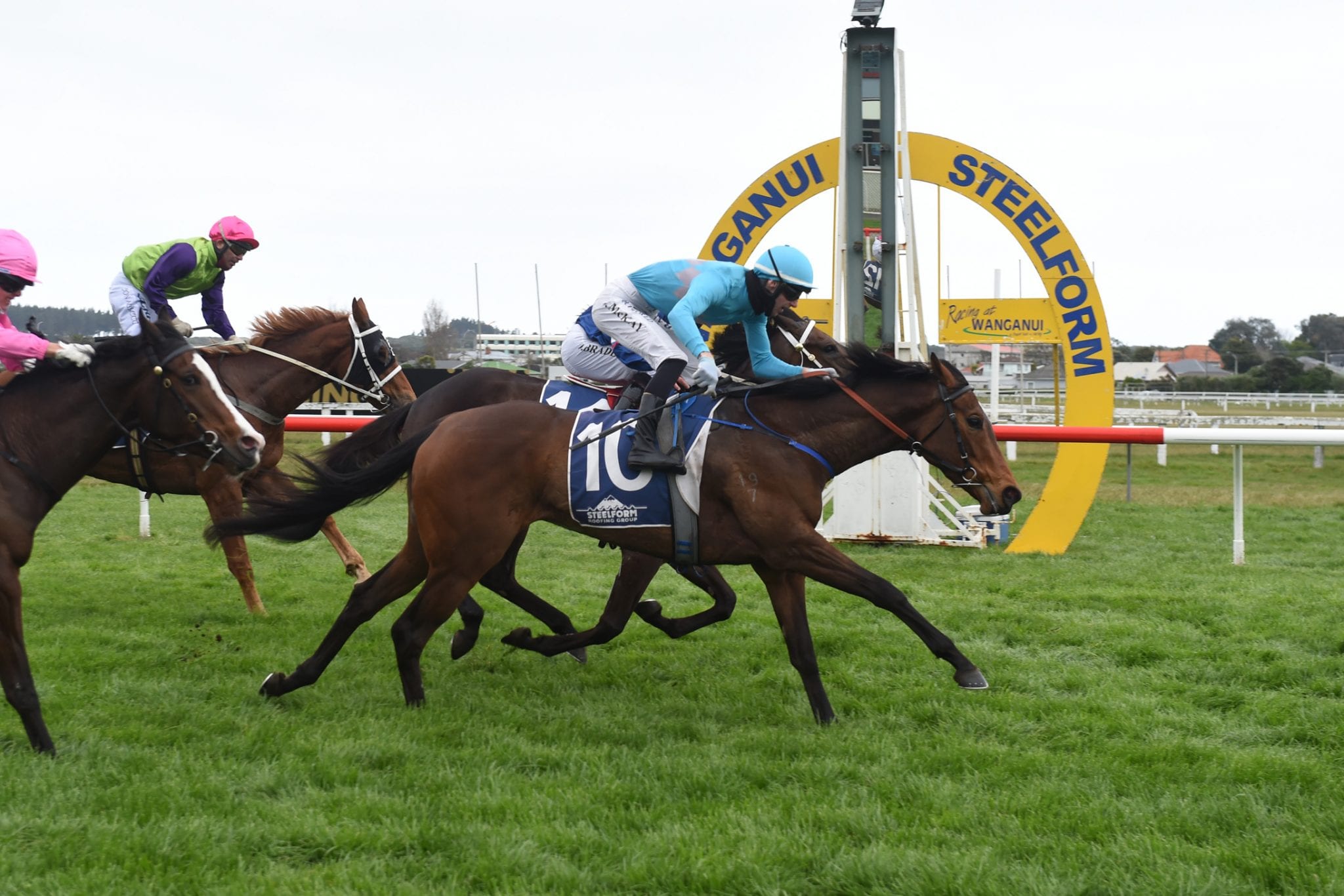 She became the second stakes winner for Sweynesse, who was New Zealand’s leading first season stallion in 2019-20 and has now begun his second season on the perfect note. After Only Words was passed in as a weanling at the Karaka May Sale, Muollo leased her to Te Awamutu trainer Clinton Isdale, who shares ownership with Asian World Racing Ltd.

“It’s turned out to be quite a special story,” Muollo said. “Clint used to work for Godolphin, and he actually rode Sweynesse in trackwork during the time he was there. “He rode a few good ones for Godolphin, but when we brought Sweynesse over to stand at Novara Park, he came to me and said he thought he was the best he’d ridden. I was quite stunned when he told me that.

“We’ve stayed in touch, and that’s how the lease arrangement came about. For Clint to win the Wanganui Guineas with a daughter of Sweynesse is an amazing thrill for him and for me.”

Only Words is not the only success story in recent weeks for a filly raced via lease from Novara Park. Sheza Jakkal, who finished second to Only Words at Taupo earlier in the season, hinted at a bright future of her own with a three-length win at Tauranga on August 29.

“The owners are having a lot of fun racing that filly as well,” Muollo said. “We lease out quite a few fillies, and I see it as a real win-win for everyone. It’s an opportunity for people to get involved with racehorse ownership without the upfront purchase cost, and it’s a good way of getting a stallion’s progeny to the races.

“These recent breeding successes have been fantastic for us at Novara Park, where we’re always trying to upgrade the quality of our mares. I think our broodmare band has come a very long way over the last five years or so. “For me personally, I’m particularly pleased to be breeding from 10 mares from the ‘Explosive’ family. We’ve had some great luck with that in the last few seasons with the likes of Vin De Dance, Pick Number One who was Champion Griffin in Hong Kong, Jakkalbomb and Short Fuse.”

But Novara Park’s headline act is Sweynesse, who is now the sire of four winners from 14 runners, with two black-type fillies. His daughter Bonita Aurelia provided his first stakes success in the Group 3 Taranaki 2YO Classic (1200m) earlier this year. “The Wanganui Guineas was a great result for Sweynesse,” Muollo said. “He’s now up at 14 percent stakes winners to runners, so he’s tracking extremely well. We’ve heard a lot of good things about some of his other progeny who are coming through, so we’re very excited about what’s ahead for him as well.

“We’re expecting him to be fully booked for this season within the next four to six weeks. Normally New Zealand’s leading first season sire would have their fee increased for the next breeding season, but we’ll be leaving Sweynesse unchanged for COVID-19 reasons. “This is going to be a great chance for breeders to access him at that $6,000 fee, because he may not stay at that level for much longer.”

Muollo also has high hopes for Staphanos, who will stand his second season at Novara Park this year at a service fee of $7,000. The son of legendary Japanese stallion Deep Impact has made a favourable impression with his first crop of foals. “I think Deep Impact is the best stallion in the world, so I was very excited to have the chance to bring his bloodlines to Novara Park with his well-performed son Staphanos,” Muollo said.

“His first four foals have all been 10-out-of-10 foals, so that’s incredibly exciting. I was pinching myself after seeing them. “Staphanos served 108 mares last year, and it’s looking like he’ll be well supported again this year. It’s really sad for Rich Hill that their Deep Impact stallion (Satono Aladdin) wasn’t able to travel to New Zealand this year, but I think that will lead to a few more mares coming our way.

“We always want to secure the highest-rated sons of these great stallions that we can. We were also able to introduce a high-rated son of Savabeel with What’s The Story, who placed in the New Zealand Derby (Group 1, 2400m) and stands for $3,000 at Norwegian Park.”