Le Terroir on the rise 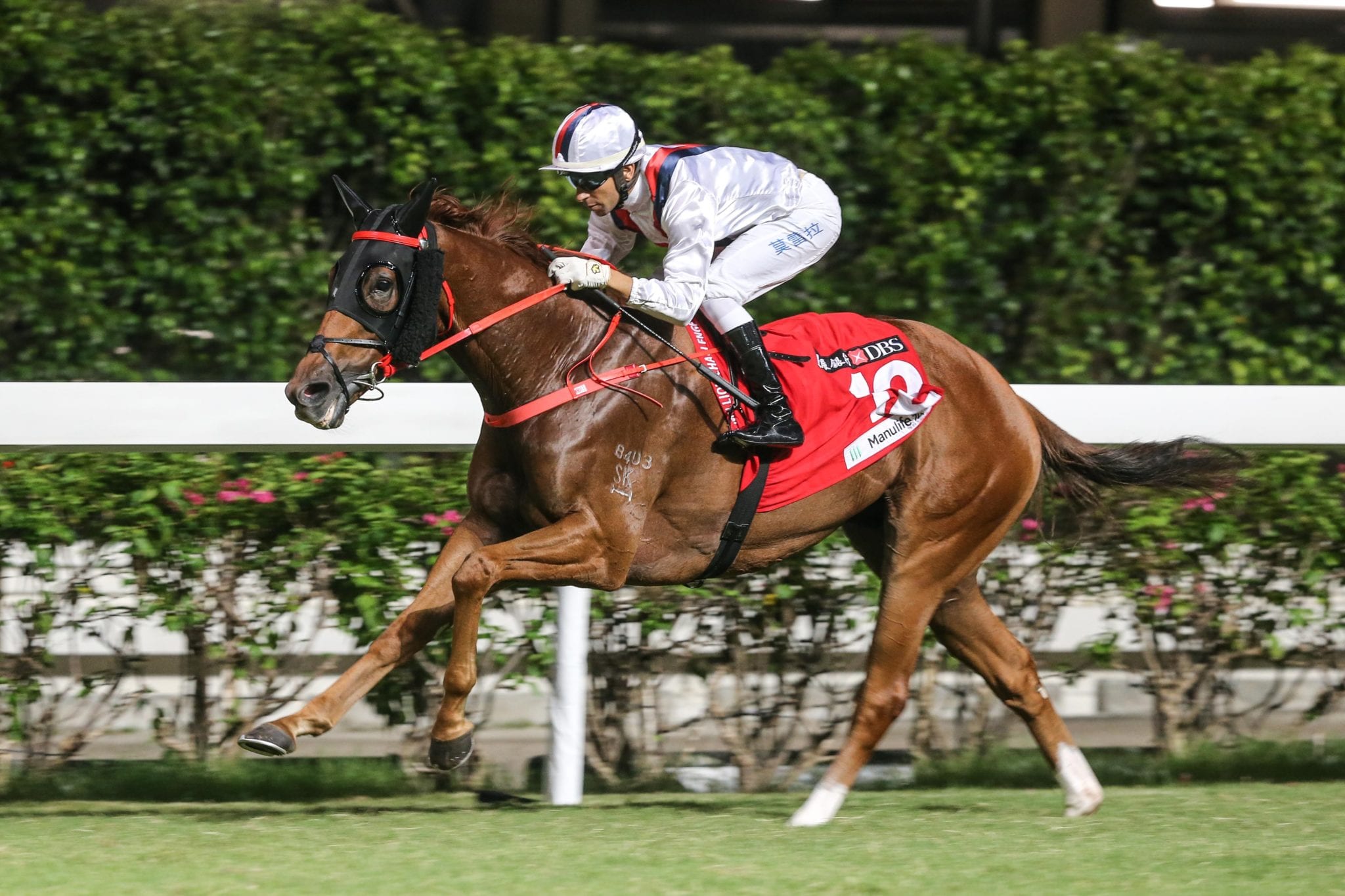 Le Terroir (129lb) has found his groove in Hong Kong having won three of his last four races, all over 1200m at Happy Valley.

That tally includes an emphatic performance first-up this term and he will aim to back-up in the Class 3 Speed Vision Handicap (1200m) at Happy Valley tonight, Wednesday (23 October).

Joao Moreira hopped on the Peter Ho-trained Star Witness gelding for the first time last start for an easy two-and-three-quarter length score. The Brazilian is up against two rivals he has already won aboard this season, Monkey Jewellery (123lb) and Smart Leader (132lb).

“It is a strong field but with the way my horse won last start – it’s very hard to let it go and not ride him again,” Moreira said.

The galloper was upped 10 ratings points for that win to a mark of 72, having dropped to 47 before his smart streak began four starts ago.

“Unfortunately from that win he was heavily punished by the handicapper – but it is what it is and hopefully he can overcome that and do it again,” the three-time champion jockey said.

Ho’s four-year-old appears to have found his niche as a three-time victor over 1200m at Happy Valley from eight attempts. The speedy runner will break from barrier one this time.

“He’s such a big strong horse, he’s only four so he’s still developing but he’s on the way up from last time, I’m definitely going to the races with as much confidence as I can have,” Moreira said.

“I was expecting him to win (last time) as he was doing so well in his trackwork but I didn’t expect him to win that well,” Moreira said.