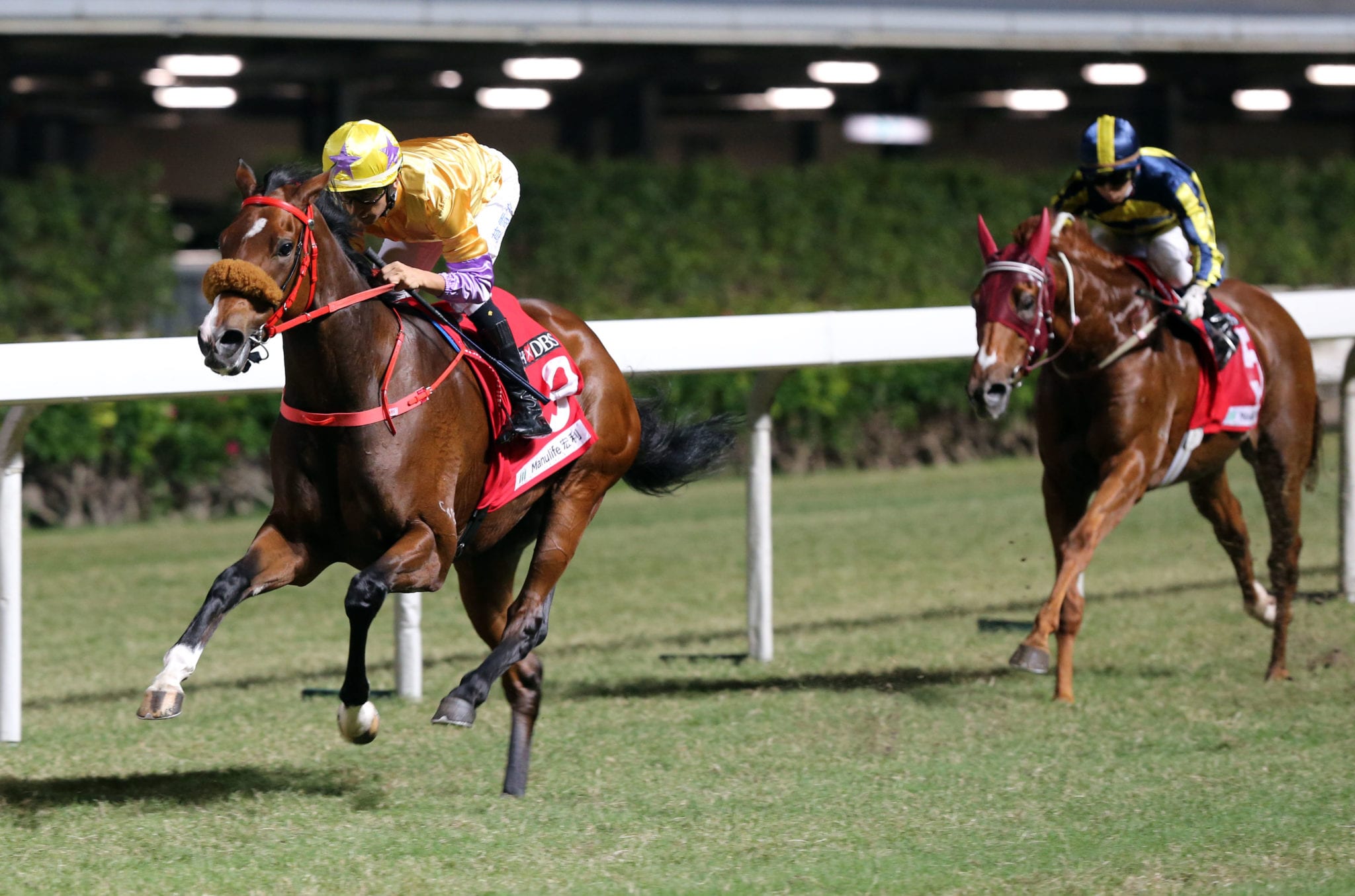 The March feature was top of the wanted list when the Danny Shum-trained three-year-old was purchased out of Michael Halford’s yard in Ireland with a record of three wins from four starts.

“Hopefully he’s a Derby horse – fingers crossed,” Shum said. “He needs to win one or two more races to get into the Classic Series but he was bought with the Derby in mind.

“This win was especially good as he’s a northern hemisphere three-year-old. He’s improved for each race: on his first start here he finished well the last 400 metres, in a fast time, and last time Karis (Teetan) tried to put him in cover and he couldn’t, but he learned a very good lesson.”

Jockey Joao Moreira made the most of gate one and bottom-weight of 118lb to snag the lead and dictate the tempo, winding it up out of the back straight to shrug off the top-weighted race favourite and eventual third Not Usual Talent (133lb).

The 81-rated Elzaam gelding drew away to a three-length verdict from Happy Dragon (125lb).

“Joao asked for the ride and we were pretty confident he had a chance but Not Usual Talent also looked hard to beat, so the 15lb difference helped,” Shum added.

Moreira was taken with the bay, a Listed winner at a mile on his final start in Ireland back in March, who opened his Hong Kong account at the third attempt.

“Danny has to have the four-year-old series in his mind because of the way he’s done that tonight,” the Brazilian said.

“He did it very professionally; he has to have his opportunities. It was very straightforward, he didn’t fight me at all; he obviously got an easy run in front, I set a slow pace and picked it up from the 600 (metres) and nobody gave him a challenge so he was definitely the best horse in the race tonight.”

Moreira made the most of the inside gate again when Le Terroir (129lb) continued his climb up the ratings in the Class 3 Speed Vision Handicap (1200m).

The Peter Ho-trained four-year-old had won three of his last four starts to ascend from a mark of 47 to 72 for this evening’s test. Le Terroir made all to win by a length at odds of 1.7.

“It looks like he has another win in him. Since I got on him he hasn’t taken a step backward. He’s always improving and it’s an amazing job that Peter has done with him,” Moreira said.

“I had a conversation with him a long time ago and he told me this was a horse I should keep in mind and he was right. Two runs for the season, two wins, and like last time he looked impressive. How many points he still has in him is hard to predict but I do think there’s more in him.”

Ho left with a brace too as Dylan Mo’s 3lb claim came in handy aboard the top-rated Very Rich Man (130lb) in the Class 4 Windicator Handicap (1200m).