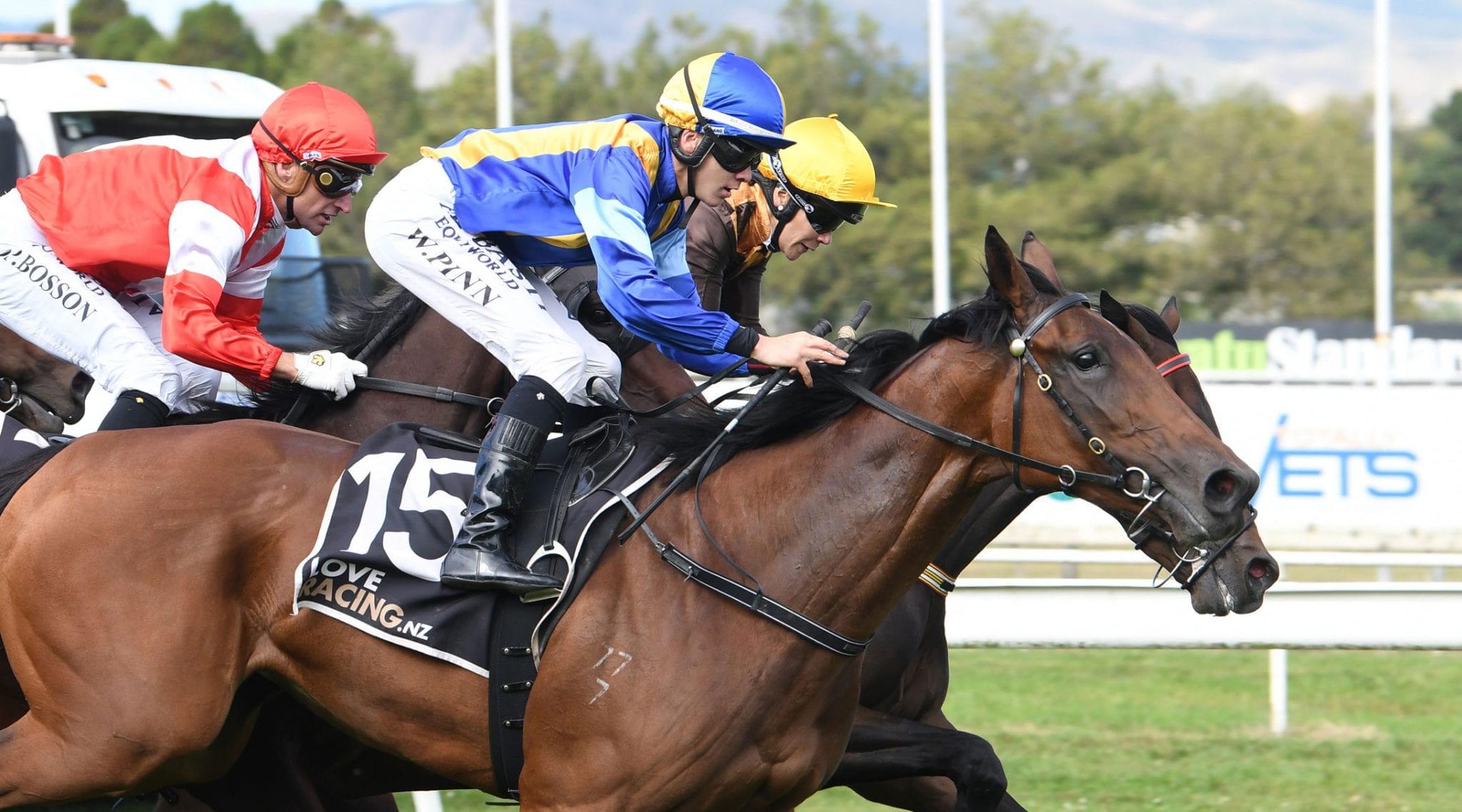 The Roc De Cambes three-year-old looked a forlorn hope with 600m to run, with rider Wiremu Pinn taking her wide to make a searching run around the field as the leaders began to wilt on the tricky Slow8 surface.

Just as Pinn was winding his mount up for a final charge in the home straight, stablemate Daqiansweet Junior, southern visitor Milford Sound and Wanganui raider Yolo shot through along the inner and looked set to fight out the finish.

Joy Alone hit top gear at the 200m and quickly joined issue with the trio before putting her head in front where it counts most as she downed Milford Sound to claim victory, with Daqiansweet Junior fighting on stoutly for third ahead of Yolo.

Co-trainer Murray Baker, who prepares the filly in partnership with Andrew Forsman, was pleased to see her take the step up to stakes company with such aplomb.

“She’s a nice filly who we thought would go well over more ground,” Baker said. “She had been running on over a mile so we thought this might be the race for her with the step up to 2000m.

“She’s always shown us plenty. She is out of a good Japanese mare and is owned by a Kiwi, Paul Stopforth, who lives in Australia.

“We’ve had horses for him before so it’s nice to get another good one for him.”

Baker was also pleased with the run of Daqiansweet Junior but felt the wet track may have played against him.

“He (Daqiansweet Junior) was very good too, although I don’t really think he copped that track,” he said. “He just looked like he floundered in it around the turn, but he picked himself up again and fought on well.”

Baker will wait to see how both horses recover from their exertions before making any further plans for them.

Joy Alone is the last foal of the Park Regent mare, Optimum Note and is the younger sister of the Singapore-based five-race winner Optimum Star.