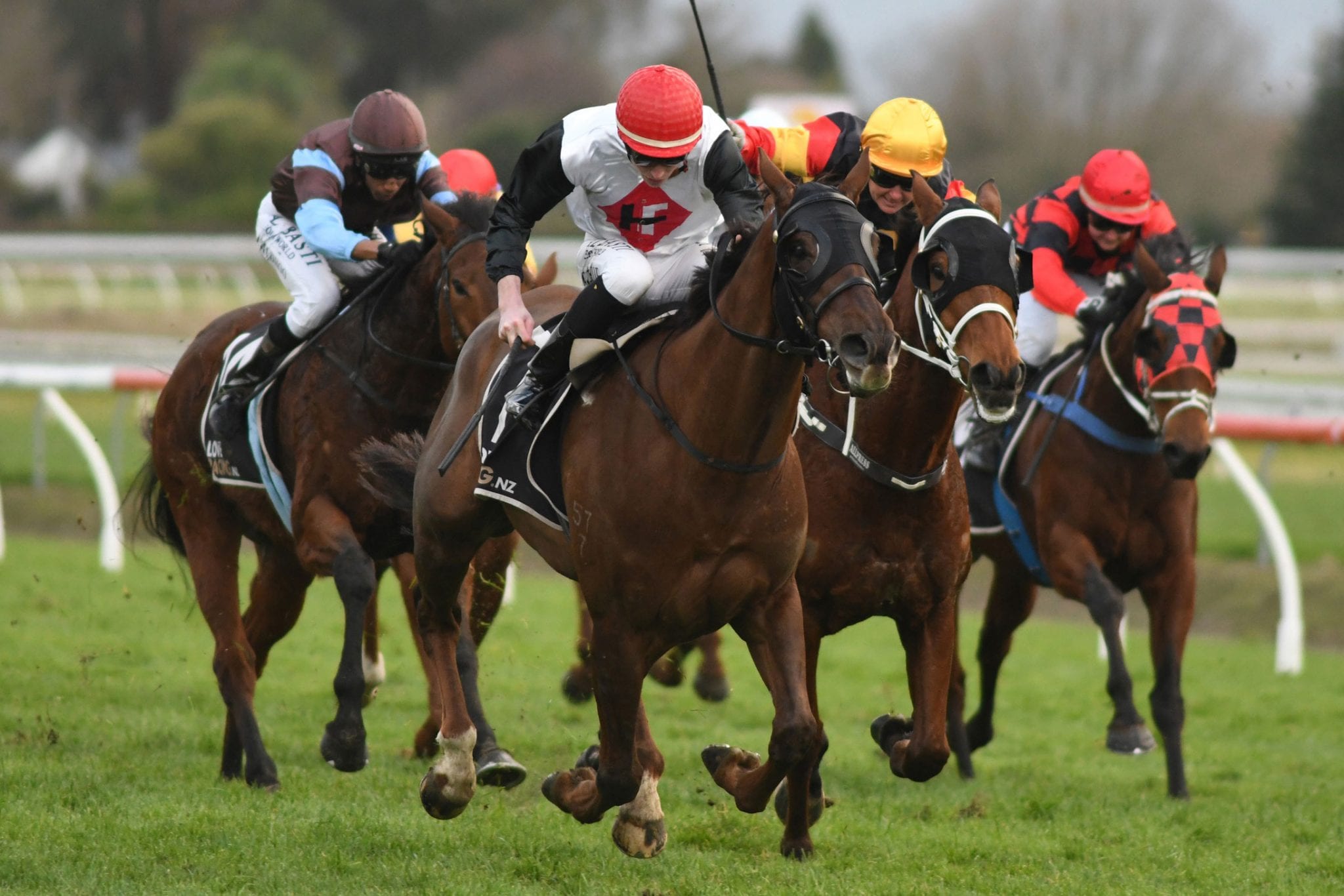 New Zealand trainer Steven Cole was having some fairly dark thoughts as he prepared his stable runners Chillax and Inca Warrior for the last race at Awapuni on Saturday.

Cole had made the trip south from his Byerley Park base with high expectations for his four runners entered at the Palmerston North venue, but things had not gone to plan with the well-favoured Grey Wolf and Ohceedee both failing to figure on the tricky Heavy10 surface.

Cole’s day took a turn for the better however as three-year-old Ferlax gelding Chillax stormed home to score a narrow victory in the rating 65 1400m contest, while Inca Warrior also caught the eye when finishing off strongly for fourth.

“It had been a pretty long day by the time the last race rolled around as the first two horses hadn’t gone that well when we were expecting much better,” Cole said.

“I was trying to stay positive as Chillax had gone quite well first up and had trained on well, while Inca Warrior thrives on that really deep winter footing.

“In the end it worked out well and made the trip home a lot more enjoyable.”

Cole believes there is more in store for Chillax who has lifted his game this preparation.

“Chillax has always had ability but he has been a funny horse at the barriers which has cost him a few times,” he said.

“He seems to have a better attitude about the gates now and is more tractable which is the key to him.

“I’m pretty sure there are more wins in him as he seems to go on most tracks, although he doesn’t want it bottomless.

“Inca Warrior is the opposite in some ways as he really enjoys it when the tracks are deep and testing.

“He has dropped back into the rating 65 grade which will help him get his confidence back.

“If he can pick up a win at short notice, he can then go back up a grade and still be very competitive there while these winter surfaces are about.”

Cole is also looking forward to the new season with a team of mainly younger horses, headed up by Group 3 Woburn Farm 2YO Classic (1200m) winner Magneto.

“Magneto is back in work and he will go to the trials at Cambridge on the 20th of this month for his first serious hit out,” he said.

“As long as he comes through that well, he will have his first raceday start in the Northland Breeders’ Stakes (Group 3, 1200m) at Ruakaka on August 21.

“He is making good progress and I’m expecting a good season ahead for him.”

Cole also reported Iffie Shows, who finished fifth in the Group 1 New Zealand Derby (2400m) at his last start, was also back in work following a minor wind operation and would most likely step out at the Ruakaka trials on July 30.