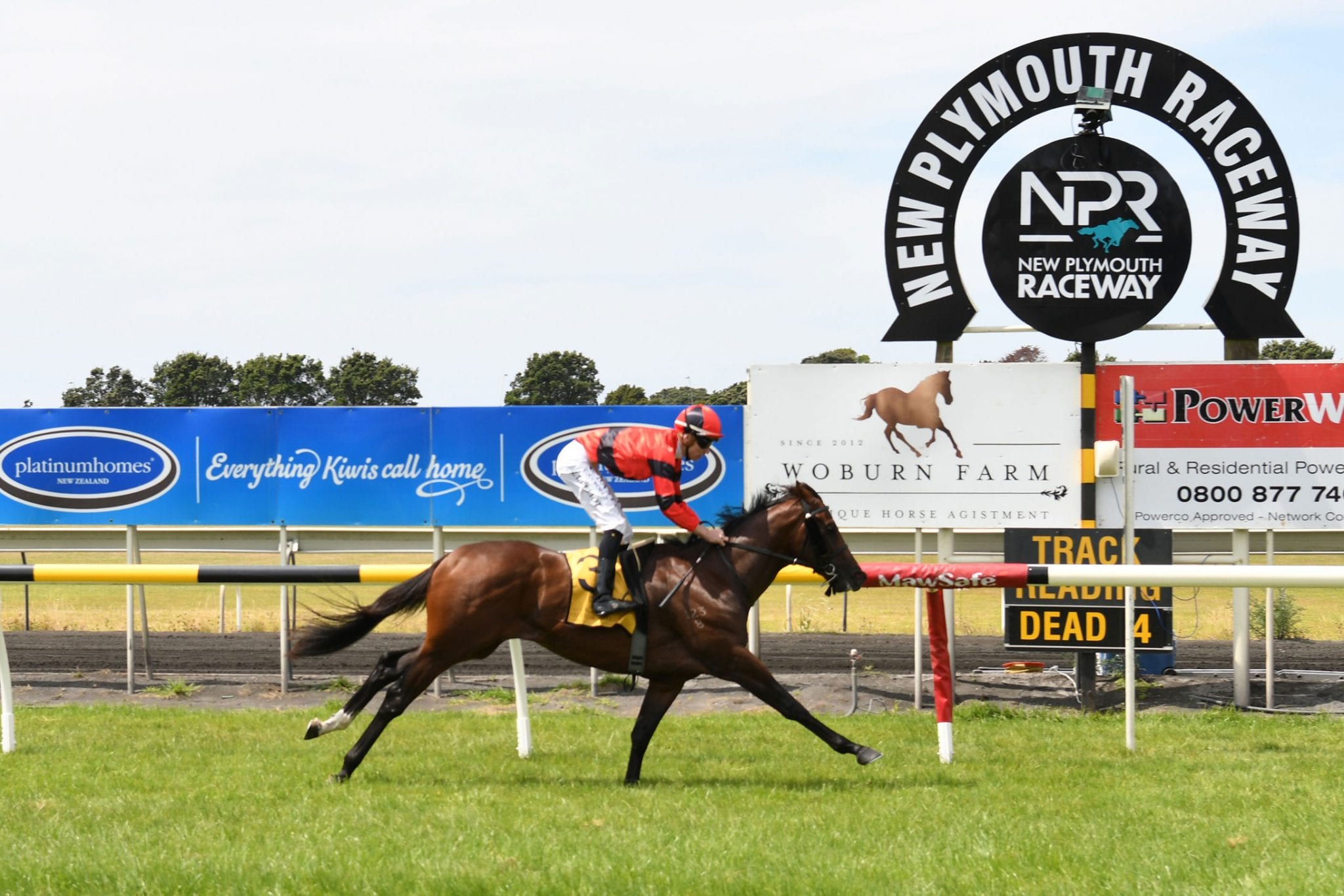 After producing a Group One winner in just his second season of training, young Byerley Park-based conditioner Steven Cole has had an extended wait to add to his black type success. A drought stretching five seasons ended on Saturday when promising Showcasing colt Magneto dashed away from his two-year-old rivals in the Group 3 Woburn Farm 2YO Classic (1200m) at New Plymouth.

The win ended a frustrating run of minor placings at stakes level for Cole, who produced Dukedom to win the 2016 Group 1 Levin Classic (1600m) before being sold to Hong Kong interests. “It’s taken a while to get that second stakes win after Dukedom got a Group One for us,” Cole said. “We’ve had plenty of black type placings so it’s good to get the monkey off the back and have another nice young horse coming through the stable.

“Our stable is made up of mainly young horses and when you are competing against the likes of the Te Akau operation it can be very hard to win stakes races as they tend to dominate the two-year-old ranks. “To be able to turn the tables on one of theirs (Quattro Quinta) after he beat us the start before was very satisfying.”

Cole is delighted with how Magneto has come through his exertions on Saturday and is now eyeing up a Group One target for him. “He travelled home on Saturday night and he couldn’t have been in more of a rush to get to his feed bin, which is a great sign,” he said. “He has bounced through the run, but he will be heading to a nice paddock at Haunui Farm for a few days before we bring him back to get ready for the Sistema Stakes (Group 1, 1200m) at Ellerslie next month.

“He has been up a while so a freshen up will be good for him and when we see how he goes we will think about whether we try for the Manawatu Sires’ Produce Stakes (Group 1, 1400m) or put him out for a decent break.”

Cole and wife Tash currently have 30 horses in work at their Byerley Park base, including promising three-year-olds Iffie Shows and Tony Be. “We have about 30 going at the moment which is down slightly on the 40 we normally have,” he said. “A lot of them are young horses, with several two-year-olds just about ready to go to the trials and the races.

“Iffie Shows has been going well lately and he is still in contention for the New Zealand Derby (Group 1, 2400m). “He should make the field and will have his final lead-up run in the Waikato Guineas (Group 2, 2000m) at Te Rapa this weekend.

“Tony Be has also been going well and at this stage we will set him for the Manawatu Classic (Group 3, 2000m) at Awapuni in early April.”

Cole was active at the recent National Yearling Sale at Karaka, snapping up two youngsters from the Book 1 sale and another three from Book 2. “We managed to pick up five yearlings at Karaka and by stallions that are going well at the moment including a Proisir colt (Lot 647) and a Sacred Falls colt (Lot 685) from Book 2,” he said.

“We also got a lovely Belardo filly (Lot 638) from the Haunui Farm draft, who looks a real runner. “She will be paid up for the Karaka Million, so hopefully we can head that way with her.

“From Book 1, we got a very nice Per Incanto Colt (Lot 287) and the Per Incantos just can’t do anything wrong at the moment.
“Our Astern colt (Lot 167) is a precocious type so we will look to see if he can get up and running as a two-year-old as well.”