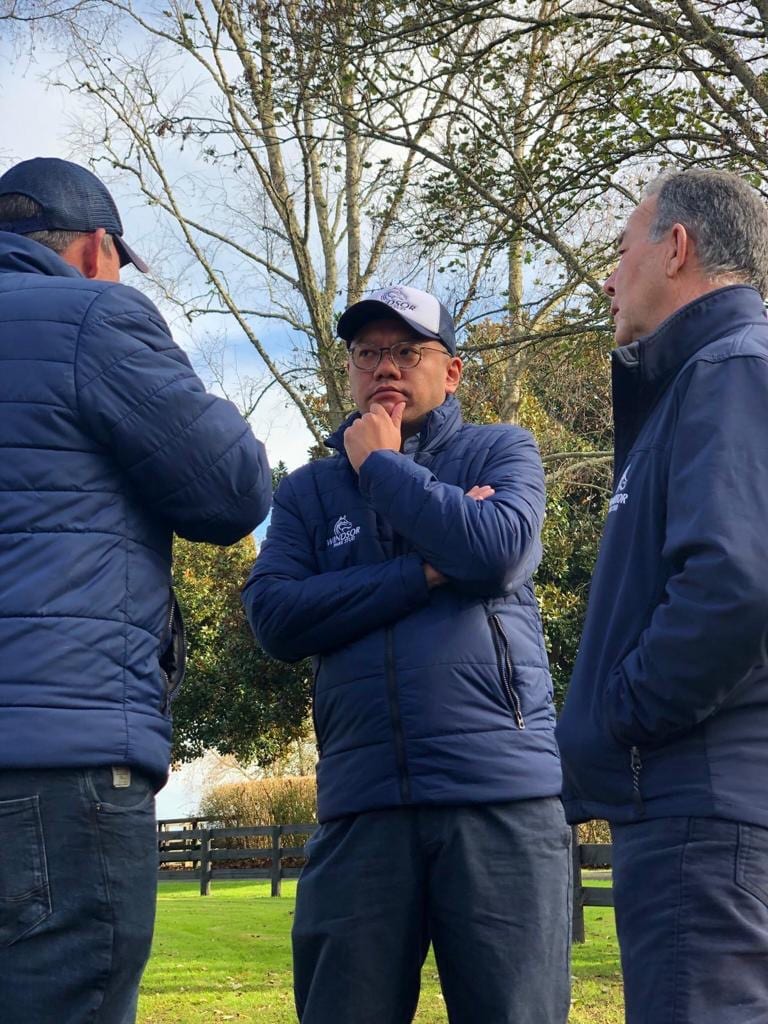 Spend some time having a chat with Hong Kong resident Ben Kwok and it doesn’t take long to work out he has a real love for New Zealand and the thoroughbred racing and breeding industry. The former electrical motor manufacturer has immersed himself in the thoroughbred world for the past four to five years after dipping his toe in the water back in 2004.

Kwok admits he took a somewhat unusual approach to breaking into the racing game. “I started off with my first horse which I bought from New Zealand about 15 years ago,” he said. “I was one of the first owners with Paul O’Sullivan when he opened his stable in Hong Kong.

“We had a few horses and won some races but then my business got very busy and I dropped back from my hobby for about 10 years. “We were one of the biggest electrical motor manufacturers in China but about five years ago we sold everything, so I had more time and started to pick my hobby up again.”

Kwok quickly ramped up his racing involvement before discovering another side of the industry, where his association with the Schick family and their Windsor Park Stud operation has seen him become a significant player in the local breeding industry.

“When I got back into it, I found the racing side might be a little too exciting for me so I thought I might become a breeder,” he said tongue firmly in cheek. “I was very lucky to meet up with Rodney Schick and Steve Till at Windsor Park who have helped me out immensely.

“At first I tried to breed to race but now with the numbers I have I need to sell as well. Right now, I have around sixty mares, 35-40 in New Zealand and the rest in Australia.”

Kwok will have a total of 12 yearlings on offer at New Zealand Bloodstock’s 95th National Yearling Sales Series, with nine in Book 1 and another three in Book 2. While he is reluctant to single out one above the rest, he does admit he has a soft spot for Lot 241, the grey Rip Van Winkle colt out of My Halo mare, Angel del Dinero (NZ).

“Angel del Dinero is a mare I bought off gavelhouse.com and Sam Williams (Little Avondale Stud) and I were both interested in her,” Kwok said. “I didn’t know Sam, but I was the underbidder on her and we both missed out. She was passed in and when she went up for sale again, I got her and Sam was like who is this Ben Kwok guy, which made me chuckle.

“We sold a colt from her last year for $40,000 but I think this year her Rip Van Winkle is an even better individual and I’m very proud of him. “Because the mare and the stallion both have a special place in my heart, I really want this one to sell well. “Mind you, I want that for all my other yearlings too!”

Kwok has only one disappointment about this year’s sale and that is the fact that he can’t be there in person due to quarantine restrictions. Currently he is in the last few days of quarantine in Singapore with his children who will be attending school there, but is getting ready to fire up his computer to catch all the action via NZB’s online platforms.

“I think NZB has done a fantastic job with the information and technology they have utilised for their sales over the pandemic period,” he said. “The ability to get information on each horse is very good and it is very easy to bid and follow the action of the auction.

“I watched the Ready to Run Sale in November that way and ended up becoming involved in a couple of horses that were sold there. “One is a Darci Brahma that David Ellis bought and the other is a Savabeel with Trent Busuttin and Natalie Young.”

Kwok is enjoying his association with the Te Akau Racing team as he is currently a member of the syndicates that race exciting three-year-olds Brando and Amarelinha, who both won at Group 2 level during the recent Ellerslie Christmas Carnival.

“It is such a thrill to have Brando and Amarelinha doing so well,” he said. “They are very exciting horses and Jamie (Richards, trainer) has done a great job with them. “My only problem is a don’t get to see the races live and have to rely on replays and the like. I definitely need to get that fixed for the future.”