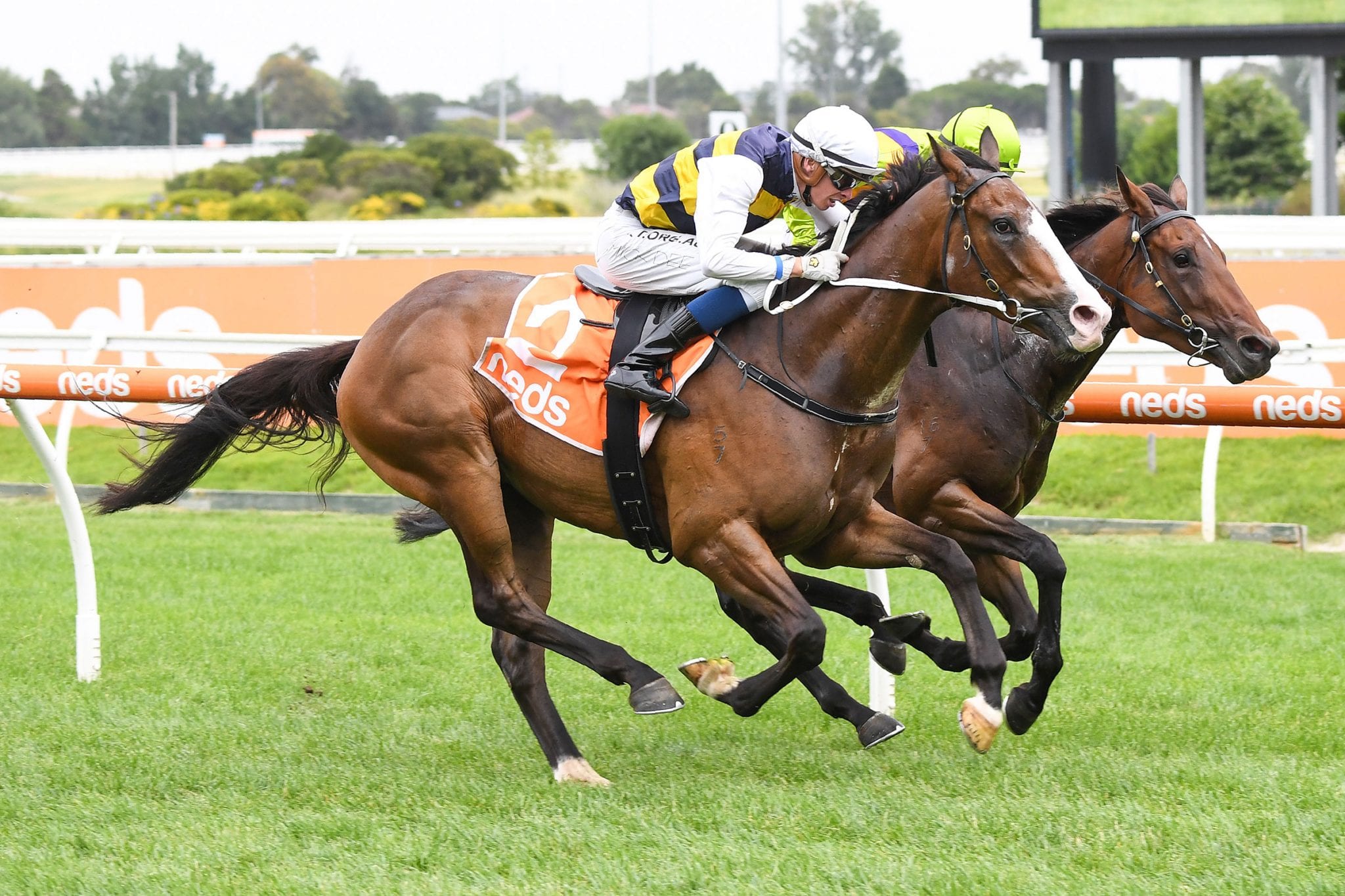 Horses emanating from New Zealand made an impact at Caulfield on Wednesday, winning four of the eight races.

Mick Price and Michael Kent Jnr unearthed yet another New Zealand-bred Melbourne metropolitan winner as I’m Thunderstruck arrived in the shadows of the post to win on debut in the Neds Filter Form Plate (1200m), a three-year-old maiden, at Caulfield on Wednesday.

Price and Kent Jnr have won seven Melbourne races since November 25 with six of them bred in New Zealand. The list features Saint Eustace, Tavidance, Kurabui, Ayrton and Rare Hare with the latter since sold to Hong Kong following his winning Sandown Hillside debut last month.

I’m Thunderstruck, who started a $2.60 favourite, joined those names, swooping late to win under Michael Dee, narrowly prevailing from front-runner Palace Whisper, who set a leisurely speed. “They were going awfully slow back where we were (in the field) so he’s done an amazing job to pick them up,” Dee said.

“I thought that he was above average before coming here today. I had ridden him in both jumpouts leading into this and he’s given me a nice feel each time. “He is one that’s certainly done that very greenly, he wanted to lay in, but he picked up sharply underneath me around the home bend. “He’s one that’s certainly going to get 1400 to 1600m which will be ideal for him as he was finding his best on the line and past the line.”

I’m Thunderstruck won a 1000m two-year-old trial at Te Aroha on July 9 for Matamata horseman Daniel Miller. The son of Shocking caught the eye of bloodstock agent Phill Cataldo who negotiated his purchase for OTI Racing before being transferred to Price and Kent Jnr.

“He sat back in his trial and when the rider let him go he went from last to first in a matter of strides,” Cataldo said. “For a horse that is bred to stay that showed that acceleration over a short distance, he had the makings of a good middle distance three-year-old, that’s for sure.”

Long regarded as one of the sharpest eyes in the business, Cataldo negotiated the purchase of both Kurubui and the much-hyped Ayrton before their transfer to Price and Kent, as well as the partial sale and transfer of New Zealand Group 3 winner My Gold Bracelet.

“She went well first-up but had a couple of niggly issues,” he said. “Anything that is above average in New Zealand is going to be above average anywhere it goes. “It is hard to win a race or a trial in New Zealand, no matter where it is. “For example, the Matamata trials earlier this week were unbelievably strong. It is great to see so many horses still in the system at this time of the year, particularly considering what the industry and the world has been through.”

I’m Thunderstruck was one of four Kiwi breds to score at Caulfield on Wednesday, with all four commencing their careers in New Zealand. Open Minded a trial winner for Roger Lang, who was identified by Lenny Russo for Dream Thoroughbreds, notched his fourth victory from nine starts for Anthony and Sam Freedman.

Per Incanto mare Perennial, who placed in three of her four starts for Peter and Dawn Williams, scored over 1800m for Peter Moody in the colours of Haunui Farm to record her second victory since crossing the Tasman.

Meanwhile, Ocean Park five-year-old Nordic, the winner of two races for Murray Baker and Andrew Forsman was an impressive winner of the last race at Caulfield for Michael Moroney.