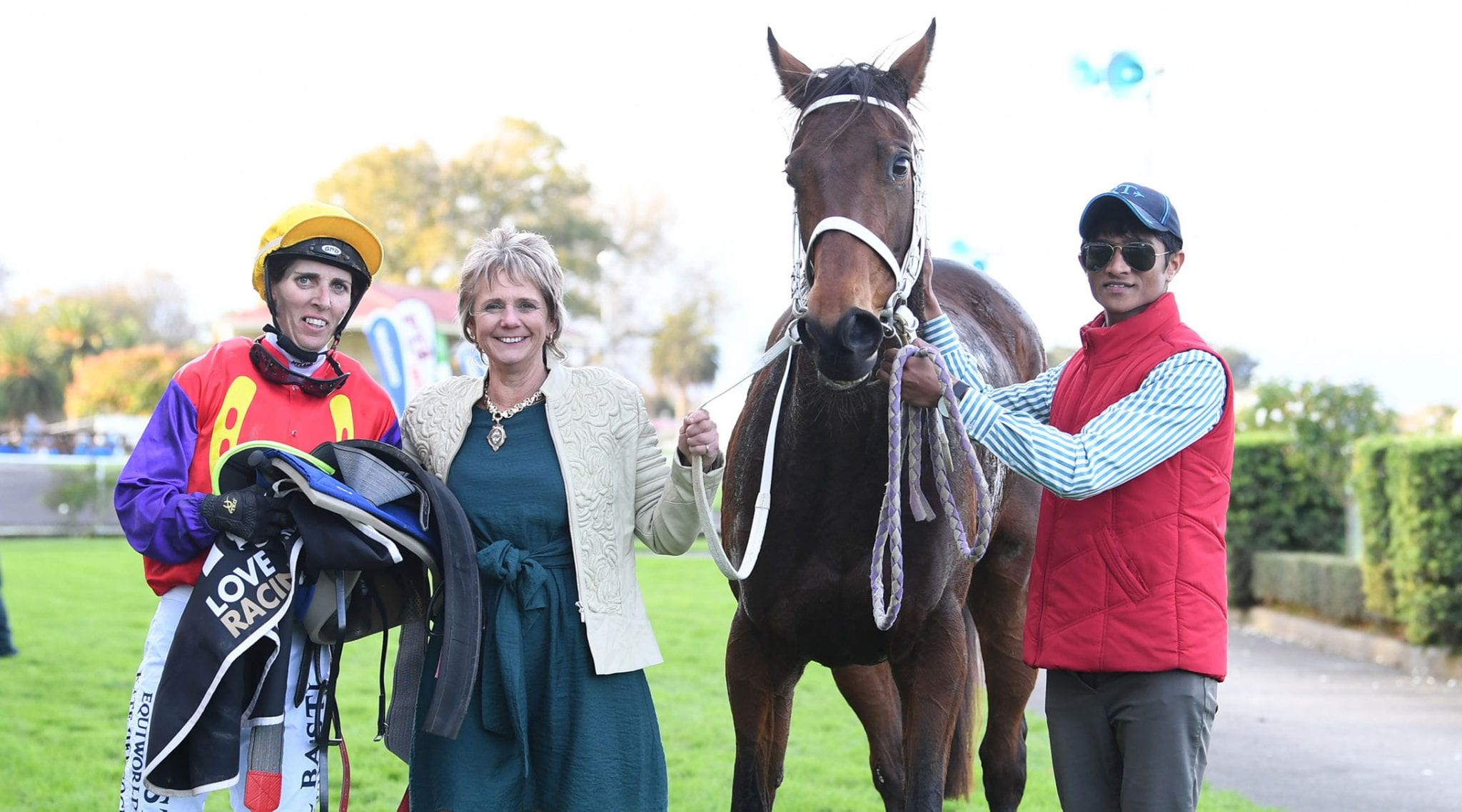 For most of the week, New Zealand trainer Lucy Tanner helps look after wind turbines that help power Palmerston North.

But her major passion is racing and breeding horses, and on Saturday she had one of her biggest thrills when Belle Plaisir became a black type winner.

Tanner trains no more than four or five horses in general. Her main job is working as a site project administrator for Vestas, a Denmark-based international producer of wind turbines which has a New Zealand operation in Palmerston North.

“They’re putting up wind farms in New Zealand. They put up the farm on the Pahiatua Track (near Palmerston North) and are now putting up another 60-odd around there,” she said.

“I do all the finances and invoicing and all that sort of stuff, and basically run the office.

“The job really helps pay for the horses.”

Tanner has raced a small team for more than 20 years. Her uncle and aunt, Bill and Vivienne Andrew, were horse trainers, and her father Errol, though not into racing himself, is a close friend of former Fairdale Stud co-owner Gerald Fell.

“My father and Gerald were best friends in school. The Tanner family and the Fell family go back years,” she said.

Belle Plaisir is Tanner’s second black type winner as a trainer. The first was the 2012 Group 3 Hawke’s Bay Cup (2200m) winner Flemington, who Tanner took over after he looked set to be rejected as a racing proposition.

“He was a bad bucker and that’s why they said he was dangerous,” Tanner said. “I rescued him and he went on to win six races.”

Tanner and her racing partner Lance Hickman first became connected with Belle Plaisir’s family when they were offered Heavens Keep to train.

“He’d fractured his back fetlock a month before going to the yearling sales so he was unable to be sold,” she said.

“I had bred to Fully Fledged, that Duncan Fell had at the time, and then Gerald asked me if I wanted to try and do something with Heavens Keep.”

After Heavens Keep proved to be a good racehorse, Tanner and Hickman paid NZ$32,000 for Belle Plaisir at Book 2 of the 2018 New Zealand Bloodstock National Yearling Sales from the draft of Fairdale Stud.

They later acquired their dam, the Zeditave mare Eden, whose progeny have also included the black type placegetter Glade and the Hong Kong winner Garlic Yeah.

“The whole family takes a bit of time to mature and they’re better at four and five.”

The Rangitikei Gold Cup will be Belle Plaisir’s last for the season. Tanner said she will look to target the rich Hawke’s Bay spring carnival next season.

Unfortunately Eden died last year, 24 hours after giving birth to an Alamosa filly. Tanner and Hickman will keep the Alamosa filly along with Belle Plaisir for breeding.

“They’re not for sale, they’re purely for breeding – and all going well, hopefully my retirement,” she said.