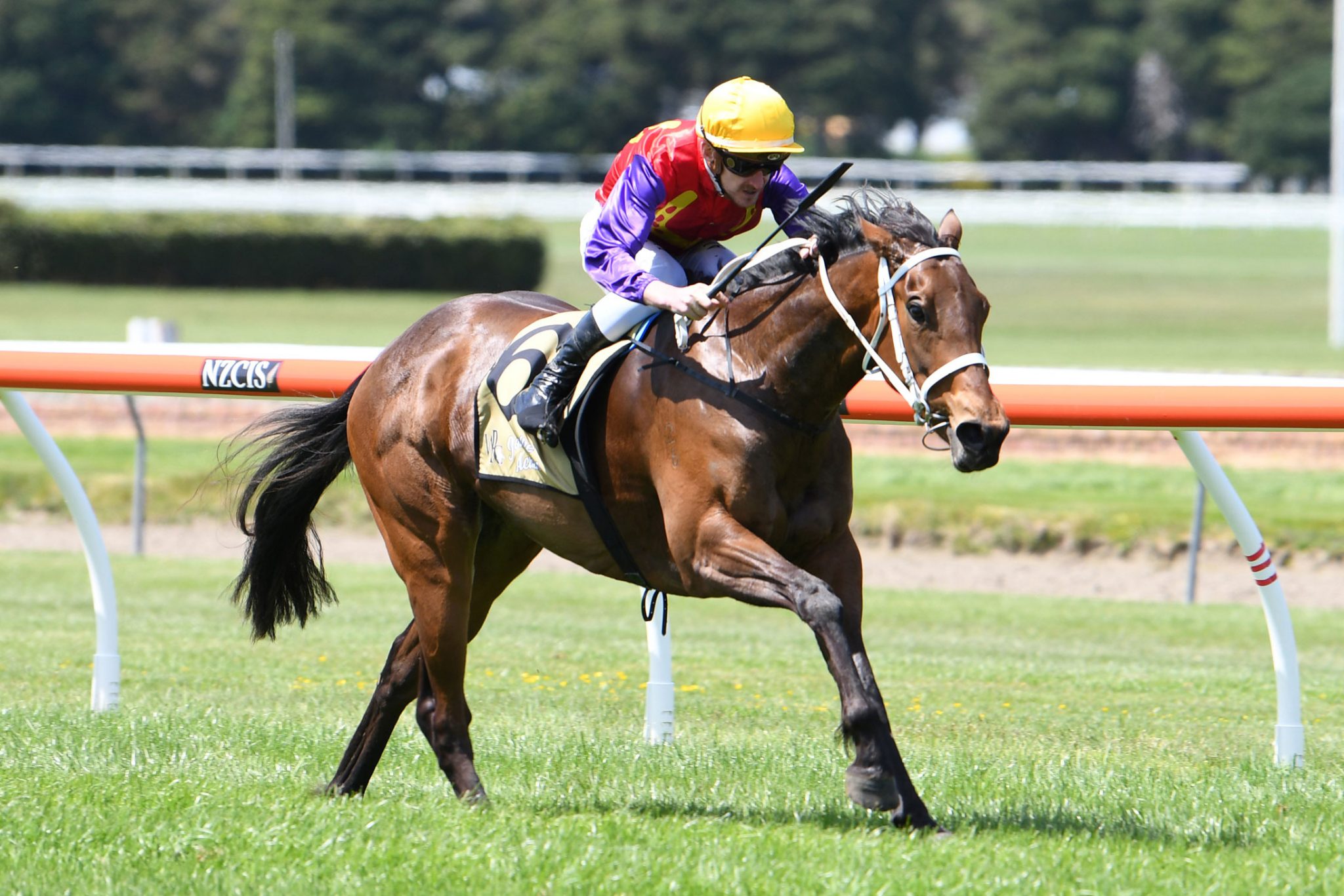 Palmerston North trainer Lucy Tanner is having the time of her life watching her former stable star Belle Plaisir race in Australia.

Following her win in the Listed Rangitikei Gold Cup (1600m) in May, a deal was brokered with Ballarat trainers Tony and Calvin McEvoy for the daughter of Proisir to head across the Tasman.

“I always hoped that she would get the opportunity to show how good she really was,” Tanner said.

“I said to Lance (Hickman, co-owner) it was a pity she couldn’t go to the likes of Melbourne to race. Two weeks later I got a phone call from Tony McEvoy saying he would like to train her.

“I said the conditions were: a) she’s not for sale; b) we wanted to retain the ownership of her. He came back with a deal that was too good to refuse and within 36 hours the deal was done and she left within 12 days to go to Australia.”

Belle Plaisir has subsequently had two runs in Victoria, finishing fifth in her Australian debut in the Listed Black Pearl Stakes (1200m), before running fourth in the Group 3 The Hong Kong Jockey Club Stakes (1400m) at Flemington on Melbourne Cup Day.

“She could have possibly finished third in her last race had she not been bumped at the 300m mark.

“It was a fantastic thrill to have a horse on Melbourne Cup Day.”

Tanner said Belle Plaisir will eventually return to New Zealand to commence her broodmare career, but they are looking to add an Australian stakes victory to her record before then.

“There is always the option to come home but I think the best place for her is to remain over there and get a bit of black-type, if she can,” Tanner said.

“She will eventually return to us in New Zealand for breeding purposes but what happens going forward depends on what the team over there decide.

“When I passed her over to Tony I said ‘being a trainer myself, you now train her, and the decisions are yours’.”

Belle Plaisir is set to have her third start in Australia in the Rosemont Stud Fillies & Mares Pendant (1400m) at Cranbourne on Saturday.

While the race was not initially on the cards for the mare, her trainers have elected to take advantage of the soft track conditions.

“Tony said to me the intention was not to have run her this weekend, however, with the track forecast conditions, and the way she came through that last race, he was more than happy to give her a run tomorrow,” Tanner said.

“The feedback ahead of Saturday has been exceptionally good. She has got an environment not too dissimilar to ours, where she has got a one-on-one rider most of the time, and that rider said her work, with the easing of the track, was the best that she has ever felt. That is what I would be expecting to hear.”