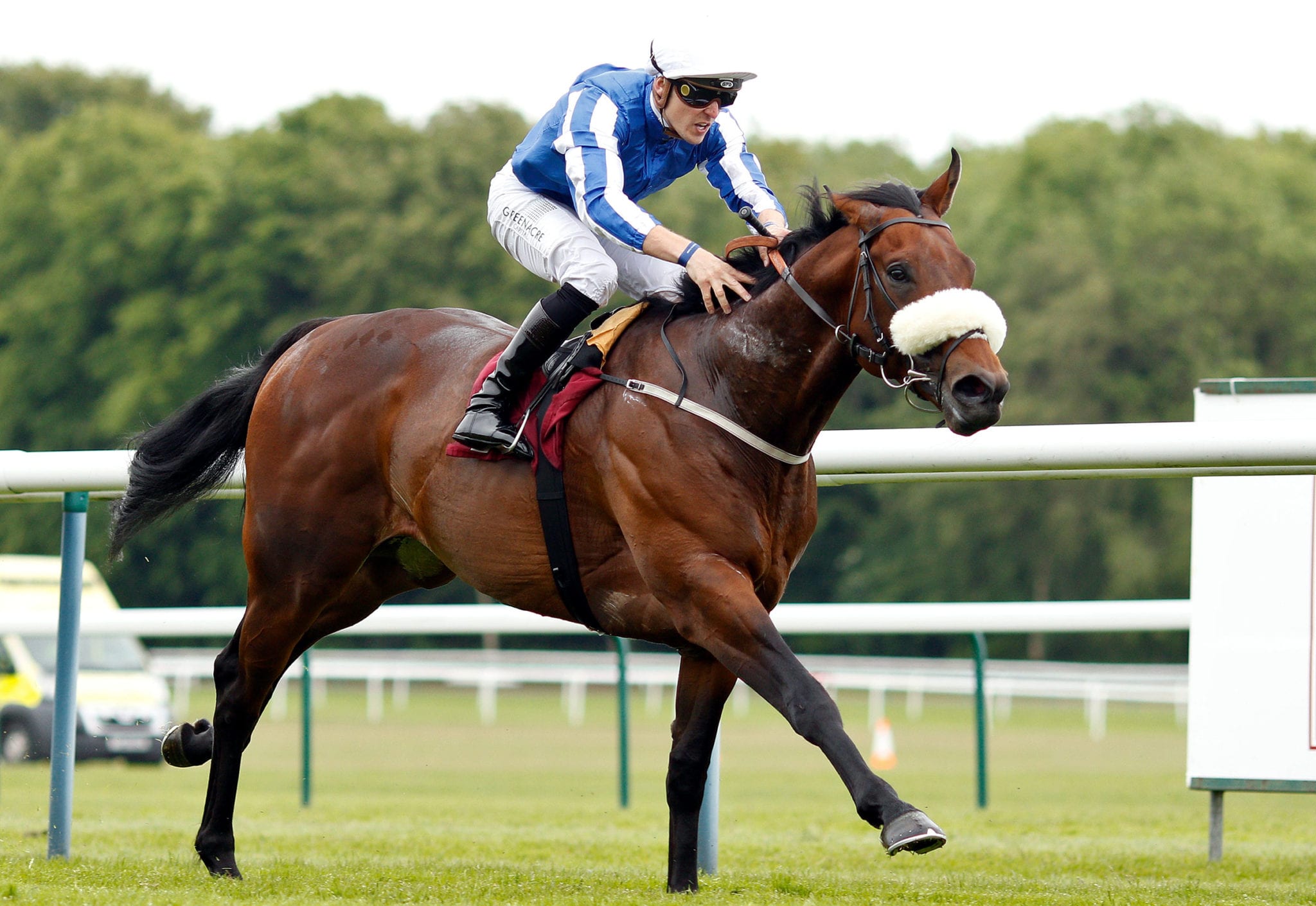 Top quality sprinting colt Hello Youmzain is in fine fettle ahead of Saturday’s Group 1 Diamond Jubilee Stakes (1200m) at Royal Ascot where he will sport the colours of part-owner Cambridge Stud for the first time. The stallion prospect is prominent in the betting markets for the feature sprint and trainer Kevin Ryan has been delighted with the well-related son of Kodiac in his build-up.

Hello Youmzain emphasised his quality when he won last year’s Group 1 Haydock Sprint Cup (1200m) and was put aside after an unplaced run on a heavy track in the Group 1 British Champions Sprint (1200m) in October. “Following his win at Haydock the plan was always to go to Champions Sprint as his final run of the season,” Ryan said. “The ground was very testing that day and it was the end of a long season and he ran well for a long way in the contest.

“He came back to the yard just before Christmas and has been stepping up his preparation since the New Year. We are very pleased with him at home and he has been working consistently well, he is exactly where we would want him to be. “Hello Youmzain has always been a very big, strong horse, but quite raw and this year he looks like the finished article having matured and strengthened once again this winter. Mentally he is laid back and takes his work very well.”

Hello Youmzain is rated a $4.60 second-favourite for Saturday’s contest (2:35am Sunday New Zealand time), in a market headed by Sceptical, a last start stakes winner and winner of four of his five career starts. “The Diamond Jubilee is a Group 1 contest and will be a very good race as it always is,” Ryan said. “Hello Youmzain proved to be a high-class sprinter last season and will go into the race as one of the leading contenders, which he deserves to be. The top Group 1 sprints will be his agenda this season and we are delighted to have a horse of his calibre in training.”

Cambridge Stud purchased Hello Youmzain last spring with Haras d’Etreham, a partnership that are also the principal owners of multiple Group 1 winner Almanzor, who divides his time between the Normandy farm and Cambridge. Cambridge Stud chief executive Henry Plumptre is looking forward to following the son of Kodiac, who in addition to being a Group 1 winner is also a dual Group 2 winner and Group 1 placed.

Hello Youmzain is among four Group 1 winners for Danehill sire Kodiac, a three-quarter brother to Invincible Spirit, along with middle-distance star Best Solution and Cheveley Park Stakes heroines Fairyland and Tiggy Wiggy. “Hello Youmzain will definitely come to the Southern Hemisphere next year,” Plumptre said. “He’s a horse of interest to a lot of people with that Danehill blood and the Invincible Spirit blood and that seems to be a mix of the moment for a lot of breeders. He’s got a beautiful pedigree.”