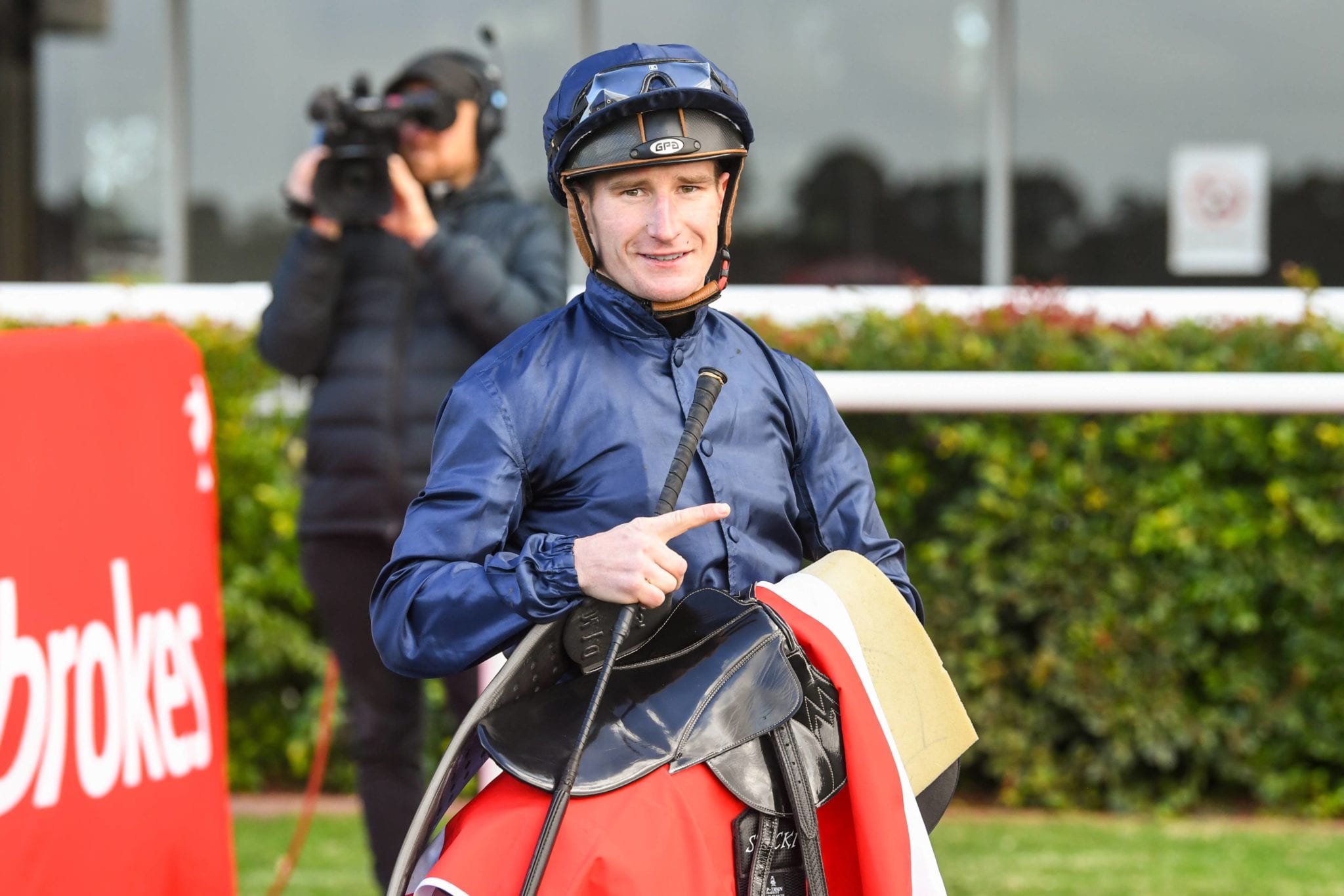 Expat New Zealand jockey Daniel Stackhouse is having a season to remember in Victoria. The 29-year-old Cantabrian is 24 wins clear in the Victoria Country Jockey Premiership and is just one shy in the State’s overall premiership behind Jye McNeill. However, McNeil picked up a 10 meeting suspension for careless riding at Bendigo on Sunday, giving Stackhouse the perfect opportunity to capture the lead in what is becoming a nail-biting finish.

Stackhouse has far exceeded his initial season target of 100 wins and Victoria’s most active rider isn’t going to ease up heading into the final weeks of the season. “I have had 950 rides this season so far, so I have been getting a lot of great support from good country trainers, and now good city trainers as well,” he said. “I set out to ride 100 winners this season. I was having a battle with Harry Coffey in the Country Premiership, but unfortunately for him he has cystic fibrosis, so he had to stop riding because of COVID-19.

“Now in the overall premiership I’m in a battle with Jye, which is good. “I am really happy with the way things have been going this season. I have got a busy week ahead of me, so hopefully I can get a few more wins on the board to get in front on the premiership.”

The 29-year-old rider has had plenty of great moments this season, but highlighted his trip to ride Minhaaj in the Group 1 Golden Slipper (1200m) at Rosehill as a highlight. “Riding in the Golden Slipper, I know I didn’t go that well, but just the experience of going to Sydney and riding in a race like that was great,” he said. “We had a private jet because of COVID-19. There was no crowd, so the atmosphere wasn’t there, but to just be able to obtain the ride was great.”

Stackhouse said he is enjoying the lifestyle afforded to him with riding in Australia and his busy schedule has allowed the one-time jumps jockey to keep on top of his weight. “I like the busy lifestyle of racing over here and it seems to suit me quite well. I get to travel around Victoria and I am one of the busiest riders,” he said.

Stackhouse’s initial involvement with horses was through showjumping, however, a job riding trackwork for trainers Sharon and Ricky Donnelly soon got a young Stackhouse hooked on racing and a career in the saddle ensued. “I progressed from riding track work and started my apprenticeship and then I went up to Te Akau to work for Mark Walker at Matamata for a year. “I got a bit heavy so I came home and had a bit of time off working on my Dad’s farm. Then I went to Tommy (Hazlett) and Pam’s (Gerard) and started riding over jumps. “My weight started to get better so I began to ride on the flat again.”

A life changing moment came when Stackhouse won a scholarship to spend two weeks with Australian trainer Peter Moody who saw his talent and convinced him to make a permanent move across the Tasman. Stackhouse is pleased he made the move and sees his riding future continuing in Victoria. “I am enjoying my riding and my wife and I are pretty settled, she has a good job,” he said.

While Stackhouse has been pleased with his success in Australia, an elite-level victory still evades him and he hopes to rectify that in the coming season. “To win a Group 1 would be my next goal and to try and ride in all the feature races over the spring carnival,” he said.

Stackhouse has been riding a few juveniles he believes could take him to the lofty heights of a Group 1 victory. “I am lucky enough to be teamed up with Lindsay Park at the moment and I am getting great opportunities there,” he said. “There are a couple of nice two-year-olds including Minhaaj, who I rode in the Golden Slipper, and Chequerboard is quite good. “I hope to retain those rides going into the spring, they have got bright futures I think.”