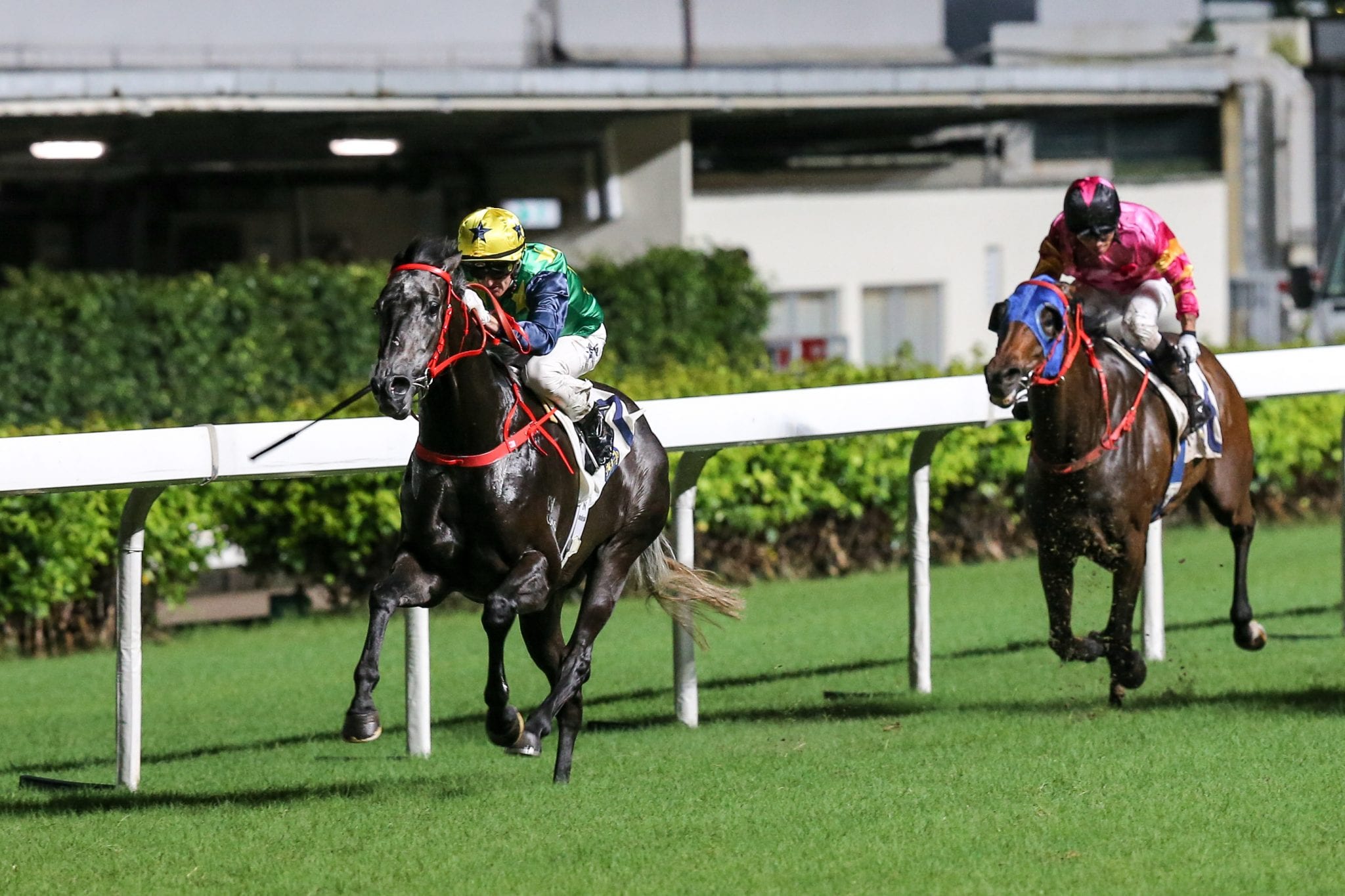 New Zealand-bred horses were active at Hong Kong’s Happy Valley racecourse on Wednesday, taking out half of the eight race card.

Zacinto gelding Not Usual Talent took his Hong Kong record to three wins from 10 starts when victorious in the Class 2 Hoi Ha Handicap (1650m). The Benno Yung-trained four-year-old was ridden by Aldo Domeyer and while pleased with the win, he expects to see improvement from the gelding in the new season. “He was a bit clumsy amongst horses but once I gave him daylight he was fluent, he actually quickened for a big horse, which is quite nice,” Domeyer said. “When they’re relaxed like that and quicken with such a long stride, I think they’ve always got a chance. Something about him makes me think he’ll be better next season.”

Not Usual Talent was purchased out of Ascot Farm’s 2016 New Zealand Bloodstock Ready to Run Sale draft for $34,000 and went on to win two of his three starts in New Zealand for former trainer Stephen Marsh before his move to Hong Kong.

Domeyer went on to ride fellow Kiwi-bred Sparkling Dragon to win the Class 3 Lai Chi Chong Handicap (1200m) for trainer Tony Millard. “The horse has unfortunately lost his early speed but you’ve got to hand it to Aldo today, he didn’t panic, he waited and then he came,” Millard said.

Reliable Team added a third win for the New Zealand-breds when taking out the Class 4 Sham Chung Handicap (1200m). Leading Hong Kong jockey Zac Purton was pleased with the win although he believes the gelding still has a lot to learn. “He did a good job, he had a heavy weight (60kg) and the gate (9) wasn’t kind again but he was able to get in a good spot,” he said. “The way the race was run through the mid-section was a little bit kinder this time and I was able to sit and wait and cuddle him to the corner. “He still wants to do a little bit wrong.”

The Reliable Man gelding was purchased out of Phoneix Park’s 2017 New Zealand Bloodstock Ready to Run Sale of 2YOs for $430,000.

The Casper Fownes-trained Family Leader continued the New Zealand-bred dominance on the night when winning the Class 4 Wong Chuk Wan Handicap (1800m). Fownes was pleased with the win but admitted his gelding was not an easy ride for jockey Vincent Ho. “He’s not the easiest of horses, he’s hard work but (Vincent’s) a fit jockey – a fit horse and an incredibly fit trainer,” Fownes quipped. “I thought his chances were gone when that check (with 450m to go) happened but it’s nice that he picked himself up and persevered – he stayed on strongly. The blinkers first time helped him to focus a little bit.”