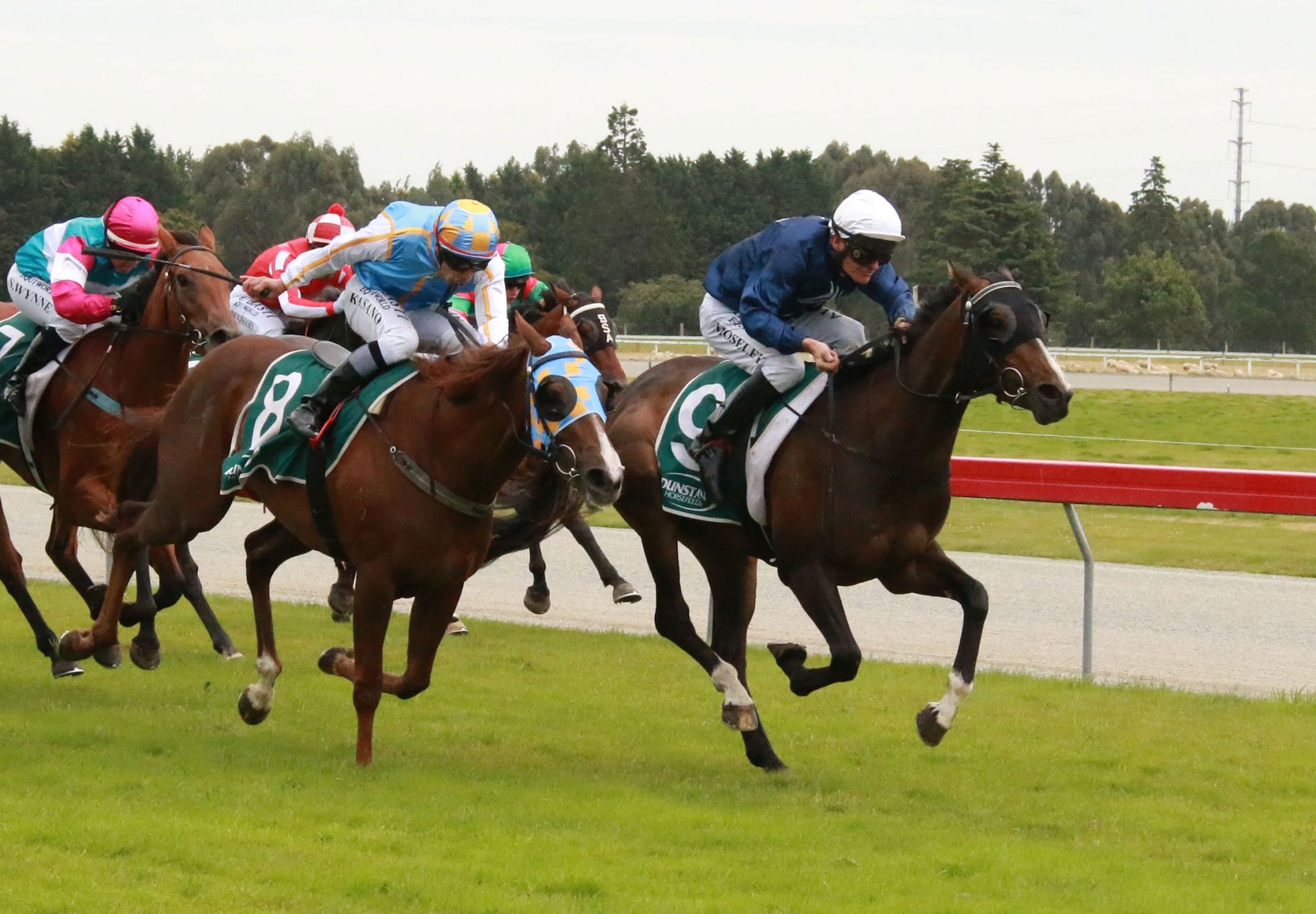 Shane Kennedy says the credit for Showemhowitsdone’s two Guineas successes should all go to his co-trainer Anna Furlong.

Though Kennedy and Furlong are co-trainers, Kennedy has taken a step back in the operation in the last year or two.

Kennedy has been one of the most successful trainers at Riccarton in the past 20 years. Prior to 2013 he was regularly recording more than 20 wins a season, and he tasted Group One success in the North Island with his classy middle distance horse Hurrah.

He went into a training partnership with Furlong in 2011-12, but in the last year or two he’s taken a lesser role in the partnership as he concentrates on property development in the Christchurch area.

“I still go to morning trackwork and I’m in regular communication with Anna, but she’s really taking the training on board, is extremely dedicated at what she does, and she deserves all the credit.”

Among the decisions Kennedy and Furlong have made were to cut back the size of the team from a peak of more than 30 in the early 2000s to about 15 over the past decade.

“Training a big team is difficult unless you’ve got the right sort of horses constantly coming through, so we made the decision to cut back to 15 and try to increase the quality of what we had, and we’ve had good support from our owners.”

That support was illustrated by a busy Karaka sale, at which Kennedy and Furlong’s Champagne Racing spent $437,500 on five yearlings across Books 1 and 2 of the New Zealand Bloodstock National Yearling Sales.

Their most expensive purchase was a $180,000 Almanzor colt out of Pendleton, a Dunedin Gold Cup winner from the family of Melbourne Cup winner Viewed who was bought on behalf of Golden Bay owner John Caldwell.

“He’s been with us for a few years and this is a big step forward from what they’ve been doing and he’s still got the whole family involved,” Kennedy said of Caldwell.

“They understand there’s good and bad involved so hopefully we have a bit of luck and get the right results for him.”

Showemhowitsdone, a $3200 weanling purchase from the April 2018 gavelhouse.com online sale by Dennis Mullally, is definitely the stable star, having twice beaten the Robert Dennis-trained filly The Gift in taking her Guineas double.

She is now likely to head to the Southern Filly of the Year Series races, starting with the Listed NZB Insurance Stakes (1400m) at Wingatui on March 6.

“There’s not a lot of her but she’s got a heart of gold and she gives everything when she gets out there,” Kennedy said.

“She showed she’s got a little bit of class. Anna’s done a superb job with her, she’s really looked after her and nursed her along since her two-year-old days, and really had her right at the right time.”