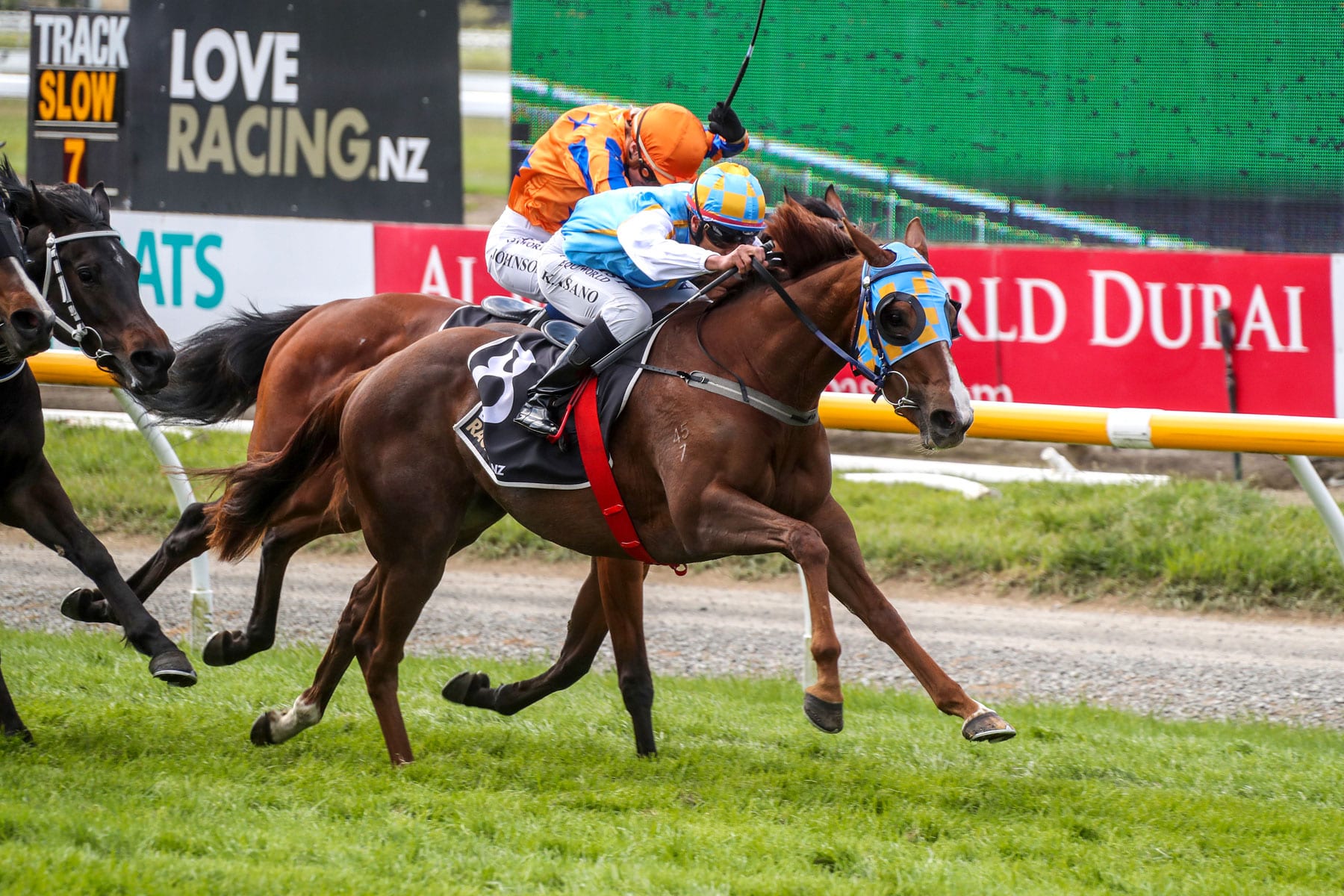 Woodlands trainer Robert Dennis ventures to Wingatui on Saturday shouldering a degree of pressure. The 29-year-old horseman will saddle three runners in the Listed Mediaworks Dunedin Guineas (1500m), headed by The Gift and Ocean Point, who both come out of strong showings when second and fourth respectively in the Listed Gore Guineas (1335m), while one-win filly Choux In will step up to stakes company for the first time.

“There is a little bit of pressure as they are three quality horses and I just want to do everything I can to make sure they get there in the best shape I can have them,” Dennis said.

“At the Gore Guineas there was something like 100 people connected to my two fillies there with owners and their friends, so I’d expect something similar at Wingatui this weekend. “It’s a big day for White Robe Lodge and a day to remember Steve Anderton as well.”

The Gift will start favourite after being narrowly trumped by Showemhowitsdone in the Dunedin Guineas after enduring a wide passage throughout.

“It was just bad luck that beat her last start,” Dennis said. “The bigger track at Wingatui and the better draw (barrier three) is going to be right in her favour.”

Dennis believes stablemate Ocean Point, who also didn’t get the rub of the green in the Gore Guineas, will be suited by the good track at Wingatui.

“She was certainly robbed of third last time when the winner ducked out and cut off her and Chokito and Krishna (Mudhoo, jockey) had to stand up in the irons and couldn’t ride her out that last 50m. She missed third by a nose.

“She is a good filly too and if she can get the right run as well from barrier six, I can’t see why she won’t be right there at the finish too.”

Both The Gift and Ocean Point hold nominations for the Group 1 Al Basti Equiworld Dubai New Zealand Oaks (2400m) at Trentham on March 20.

“They both give the impression that they will get over ground and I will be a lot wiser after Saturday as to where we are heading,” Dennis said.

“There are always good options for fillies down here through the autumn if we don’t go down the Oaks path, but we will just get Saturday out of the way first and go from there.”

Dennis was delighted with the run of Choux In when fourth over 1200m last month after a month out with a hoof issue. “I was rapt to see how well she went and she has come on in leaps and bounds since then,” he said. “She may just be a notch below the other two fillies but she is certainly not there making up the numbers.”

Dennis is hoping to get the day off to a flyer with maiden galloper The Ace set to contest the opening event, the Hannagan & Devereux – Chartered Accountants maiden (1400m).

“He had a bit of a freshen up since his last start and back to 1400m with conditions in his favour, I’d like to think he’d run to his best. It does look a winnable race for him, but I have thought that a few times before.”

The popular young trainer, who has sent out the winners of nine races and seven placegetters from 47 starts this season, was recently active at the New Zealand Bloodstock National Yearling Sales at Karaka, purchasing fillies by Burgundy and Stratum Star.

“They sold out that quick that I probably have to find another one,” Dennis said. “I bought two good value fillies. Both nice types, that were neat and tidy with clean x-rays. They were $20,000 each and both have great pedigrees.

“They’re just the style of filly that I like that I think will be ready to target these Guineas races and the fillies races in the autumn of their three-year-old year.

“A big group of owners get together and race them and then they have some value at the end. I am always conscious of the return on investment and the return to the owners.”

Dennis also picked up a Time Test filly to train for a Scottish client of bloodstock agent Paul Willetts. “The stable is growing a little bit. Hopefully I will have 14 or 15 horses in six weeks’ time and I am keen to have a proper go at it,” Dennis said.

“The aim is to keep building up the cash reserves and build another barn and keep marching on to keep racing alive down here.”