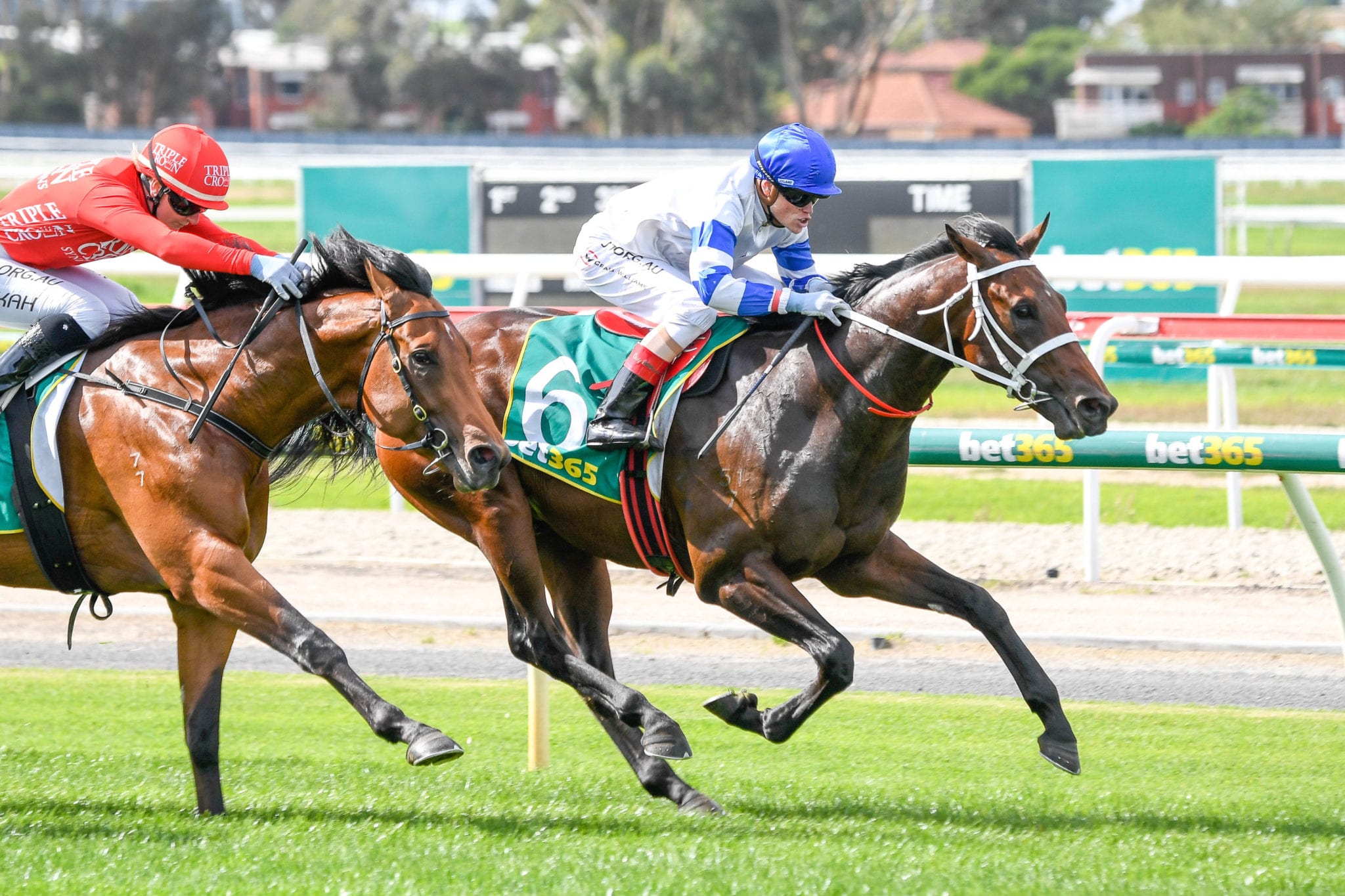 Supporters of the heavily-backed Kukeracha would have had their heart in the mouth when he stepped away a length behind the field but the son of Night Of Thunder powered home in the straight to make a most impressive career debut over 1200m at Geelong on Wednesday.

Carrying the familiar colours of Neville Morgan, the Chris Waller-trained colt was given a ground-saving rails ride by Craig Williams to be in a challenging position by the time the field wheeled for home. Threading the needle between runners, Kukeracha charged home in the final 100m to defeat Milliondollarbill by a half-length with the Fixated a length back in third.

“He’s certainly impressed us to date. He has a lot of upside to him so to see him come here today and do it over a trip we feel is short of his best is definitely encouraging,” stable representative Jo Taylor said. “Obviously he stepped away a bit slow, which is something we can improve on with maturity and racing. “Craig was patient and snuck up along the rail then produced him at the right time. It took a little while for him to go through his gears but once he got stuck in I think he was quite impressive in the last 200m.” “I don’t think there are any grand plans for him right now but in six months’ time over a mile and beyond you can expect a nice colt.

A half-sister to dual Group 3 winner Layman who placed in the Group 1 Prix Morny (1200m) and Group 1 Grand Criterium (1600m), Portrait Of A Lady (USA) is out of the Nureyev mare Laiyl who is a three-quarter-sister to Pastorale the dam of Iffraaj. Laiyl is a daughter of the Champion 3YO filly in Ireland in 1989 Alydaress (Alydar) the winner of the Oaks at Epsom who hails from the family of Desirable, Shadayid, Park Appeal and Cape Cross.

Godolphin parted with Portrait of a Lady at the 2017 Magic Millions National Broodmare Sale where she was knocked down to Waikato Stud’s resident veterinarian Dr Chris Phillips for $40,000 when carrying Kukeracha.