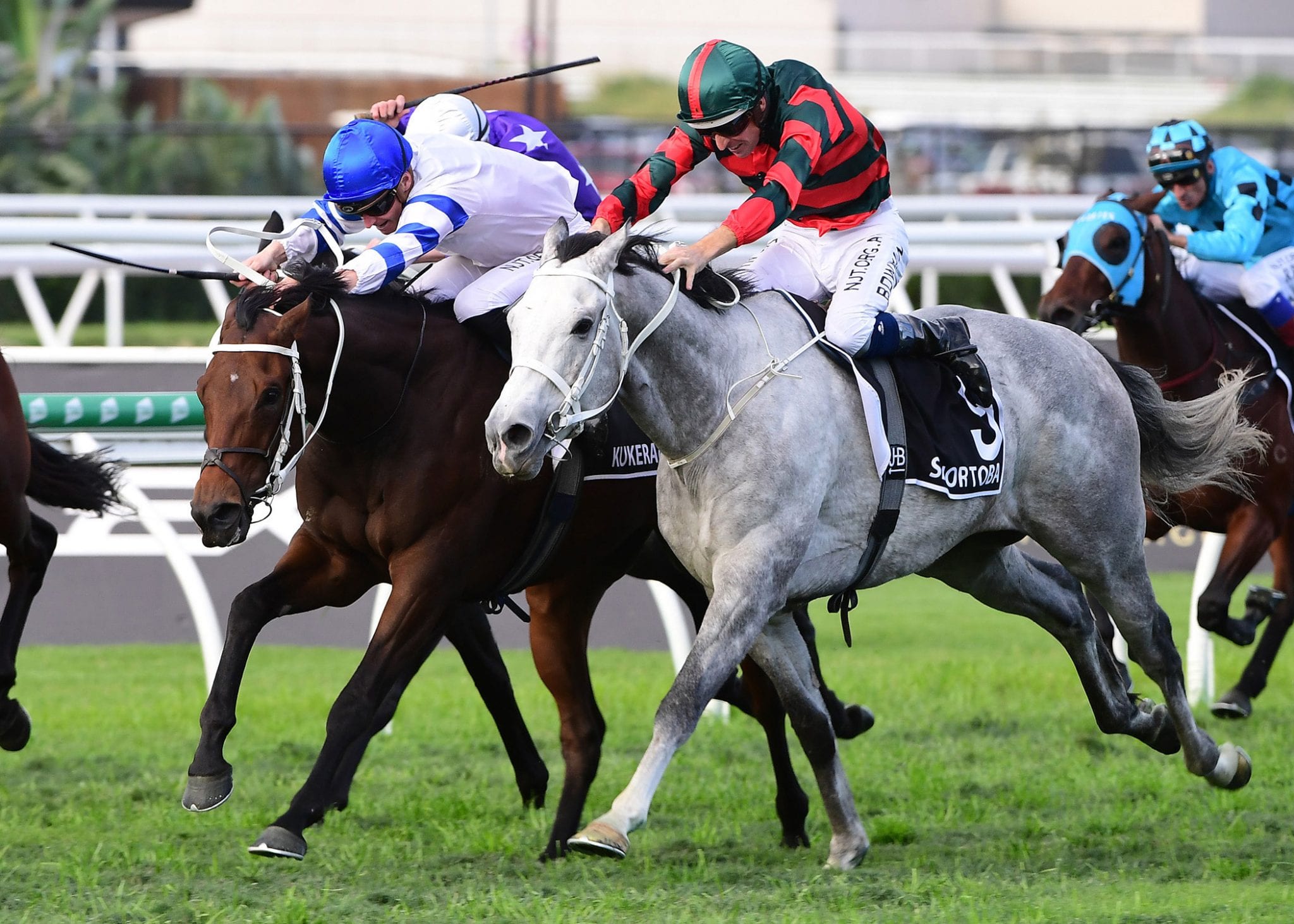 It was a case of pure elation for Dr Chris Phillips at Eagle Farm on Saturday as the respected equine veterinarian watched on as three-year-old Kukeracha, a horse he bred, triumphed in the Group 1 Queensland Derby (2400m).

The Englishman, who is the veterinarian at Waikato Stud in New Zealand, was ecstatic as the Chris Waller-trained son of Night Of Thunder nosed out stablemate Senor Toba in an epic finish.

Phillips purchased Kukeracha’s dam Portrait Of A Lady in foal to Night Of Thunder and sold him at Karaka through Waikato Stud’s draft as a yearling for NZ$130,000 to astute bloodstock agent Guy Mulcaster, who purchased the now gelding for successful Queensland owner Neville Morgan.

“I can’t even tell you what this means,” a delighted Phillips said from Eagle Farm.

“I always thought he had a good chance, but it is all a bit of a blur really.”

Phillips watched the race alongside Kiwi trainer Roger James, who had Two Illicit run a solid sixth in the Group 3 Lord Mayor’s Cup (1800m) earlier on the card.

“When we saw him coming down to the line, it was just unbelievable, I was screaming and the lady in front of me was screaming too.

“She turned to me and said ‘did Kukeracha just win that?’. I just said, ‘yeah I hope he did, I bred him’. It turns out it was Neville Morgan’s wife Jenny. We gave each other a massive hug. It was just incredible.

“It’s only the second horse that I’ve bred and never in my wildest dreams did I think I’d breed a Derby winner.”

Phillips was drawn to A.P. Indy mare Portrait Of A Lady at the Gold Coast broodmare sales, who was sold by Godolphin and was already the dam of Group Three winner Cameo, but it was her Group 1 Irish Oaks winning granddam Alydaress that was the key attraction.

“I knew her European family, and I loved the blood,” Phillips said.

“I wasn’t around to watch Alydaress run but I knew what a good horse she was. I loved that her mother Laiyl was by Nureyev and the bloodline really appealed.

“She was a lovely mare, albeit a slightly different type of mare because she’s American bred, than what we’re used to seeing. But I knew how good Night of Thunder was, having kept a close eye on the European racing and I loved his sire Dubawi.

“She was a no-brainer and I was amazed that I could purchase her for $40,000. It was a surprise that she got knocked down to me, and the rest is history.”

Phillips said Kukeracha was always a good type, who got the best start in life at Waikato Stud, and he admits to pestering Guy Mulcaster ever since the Karaka sale as to the progress of his graduate.

“Poor Guy, I’ve literally been on the phone to him every week about this horse and I think he’s completely fed up. I could see him avoiding me at the Gold Coast sales this week because he knew I’d be asking about the horse,” Phillips quipped.

“To beat that calibre of field like he has beaten today was just phenomenal.

“We were watching them go around the parade ring and every horse looked a picture, every trainer had them primed for this race. It was a really strong bunch of horses and it made me feel like there was just no way it was going to happen.”

Portrait Of A Lady has a two-year-old filly by Sacred Falls with Archie Alexander, while Phillips has a yearling colt by Sacred Falls that is at Ohukia Lodge being broken in, where the reports have been very positive.

“I also have an Ocean Park weanling filly who’s a very similar mould to him (Kukeracha). She is neat and sharp looking. She is very switched on and I get that feeling she will be a smart horse,” Phillips said.

Portrait Of A Lady was rested last season leaving Phillips with a “nice decision” to ponder as he contemplates who to breed the mare to in spring.

Phillips now has three mares he is breeding from, including Portrait Of A Lady, plus a mare in foal to Waikato Stud young gun Super Seth and a Redoute’s Choice mare he purchased in foal to Deep Field for AU$45,000, selling the subsequent foal for NZ$90,000 at the Karaka weanling sale three weeks ago

A 2005 graduate of the Royal Veterinary College in London, before working for prominent Veterinary Surgeons Rossdales, in Newmarket, Phillips has been in New Zealand at Waikato Stud since 2014.

“The phone has not stopped with texts and phone calls from some very elite judges in the industry. I’m absolutely overwhelmed by the messages,” Phillips said.

“I can’t believe that I’m in an elite band of people that have bred a Derby winner. It’s beyond my wildest dreams to have bred a horse who has won a Group One. But given my British heritage, it is always the Derby that you strive to win. It’s just unbelievable and it is one of the best days of my life.”