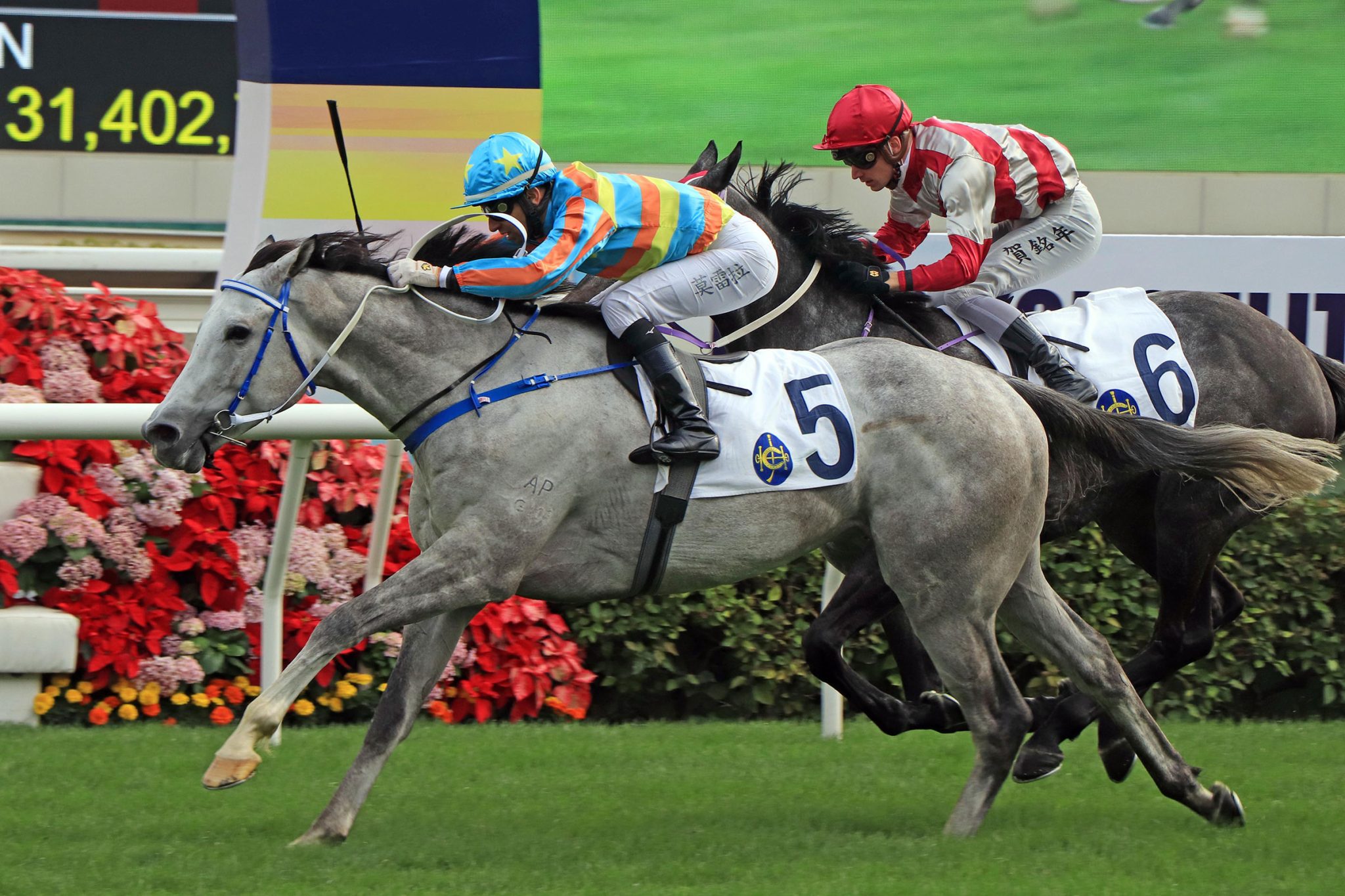 Riding in peak form and chasing a third BMW Hong Kong Derby (2000m), Joao Moreira predicts this weekend’s Classic will be a slowly-run contest before evolving into a true staying test at Sha Tin on Sunday (20 March).

Hoping Senor Toba can emulate the deeds of Rapper Dragon (2017) and Sky Darci (2021), Moreira believes the 2021 Group 1 Queensland Derby (2400m) runner-up has the necessary attributes to succeed after drawing barrier three – the most successful gate in Derby history since the race distance was extended from 1800m 22 years ago.

“Lately, I’ve been very pleased with him. He’s the kind of the horse that from day one when I sat on him for the first time, he gave me a good feel – a feel that he would appreciate the distance (2000m) better than anyone else,” said the Brazilian, who partnered four winners at Happy Valley on Wednesday night (16 March) to cut Zac Purton’s lead in the jockeys’ championship to five.

“He had that interruption last month but he was able to bounce back and put up a good run (when fifth in the Hong Kong Classic Cup) and have a great preparation. We jumped him out on the grass the other day and he’s giving me the feeling that each day he’s improving a little bit so I’m very pleased with him.

“We’ve done a few changes on him – obviously it’s Caspar’s (Fownes) idea to improve the horse, which is fantastic – and he’s had blinkers added on and he’s a little bit more focused. He’s a real stayer.”

Restricted to four starts in Hong Kong since transferring from Chris Waller’s Sydney stable, Senor Toba impressed with victory against older opposition over the Derby distance on 27 December, 2021, before suffering leg soreness.

Now primed for a top performance according to Moreira, the grey is also drawn to have the run of the race, while Hong Kong Classic Cup winner California Spangle – Purton’s mount – must negotiate a potentially daunting path from barrier 10.

“If you get an outside gate, it’s going to be very difficult even if you press on forward. You have to try to come across and slot in, in front of other horses or, very likely, drop back at the tail and you’re pretty much relying on luck, on how fast they are going, whether you’ve got a horse that will take you into the race,” Moreira observed.

“From gate three, you actually have the benefit of being where you want to be. You can press on and be a bit closer or if you still want to let your horse find his own rhythm, you’ll still find yourself in front of the majority of horses that are jumping from the outside gates.

“I know a few horses in this race will press on and try and lead the race and put on a bit of pace but I honestly think it’s going to be a slowly run race. I’ve got the feeling someone is going to make the move halfway through the race and inject some pace and those horses that were able to find themselves very comfortable in the first half of the race should be strong on the line.

“Senor Toba is the kind of horse that doesn’t have a lot of gate speed so, even if we bounce him out, he’s likely to be midfield and we’re going to start building up for the second half the race.”

“We are yet to see the best of him, he’s far off his peak but he’s running against the same age, which is a benefit, and he’s won against more mature horses before. I could not see this horse performing badly against these horses of the same age at the weekend,” the ‘Magic Man’ said.

“Being a 2000 metres specialist, I think we are in good shape. I believe he is capable. We’re relying on a little bit of luck because each race can play your way or against you but I’ve got a good feeling about it and whatever circumstance that presents, I will just try to make the most of it and just hope for the luck.

“It’s a very prestigious race that, I would imagine, every jockey around the world would love to win.”