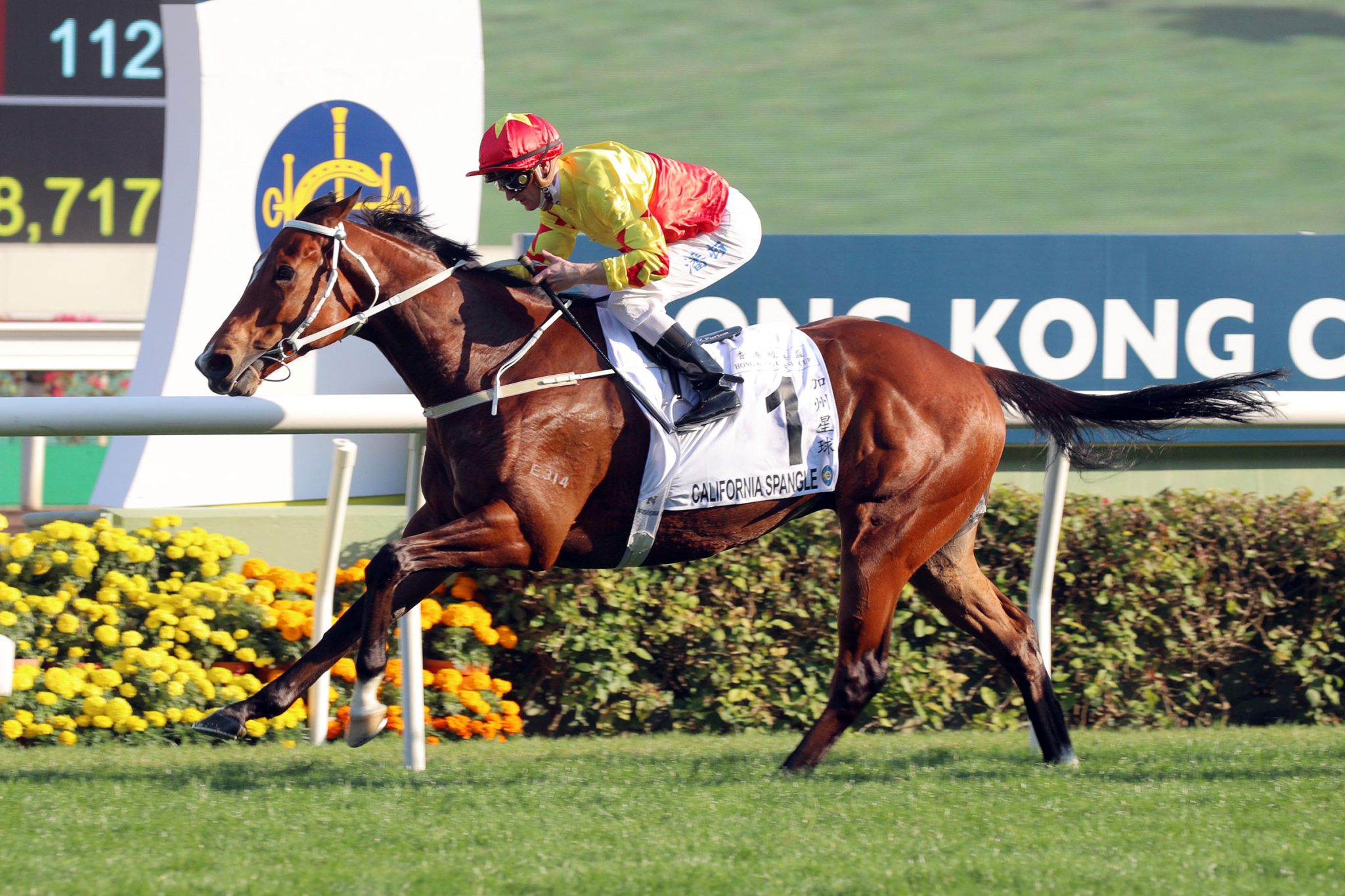 Leading throughout to land the HKD$12 million Hong Kong Classic Cup (1800m) last month, California Spangle shoots for his seventh victory in Hong Kong as he aims to join the cavalcade of equine stars to have claimed Hong Kong’s most sought-after prize this month.

Joining the winners of the first two legs of the HKD$48 million Four-Year-Old Classic Series – Romantic Warrior and California Spangle – are 12 others, compiling form references from Australia, New Zealand, Great Britain and Ireland.

Mr Andrew Harding, The Hong Kong Jockey Club’s Executive Director of Racing, said: “The BMW Hong Kong Derby is one of the most important races on the calendar – a once-in-a-lifetime challenge that every owner aspires to have a runner in, or better yet, win. The 2022 renewal will provide yet another memorable chapter to an enduring story of excellence and achievement in Hong Kong. This year’s race is shaping as yet another remarkable edition with a host of incredible talents sourced from around the world to race for glory and owners and fans alike are looking forward to the contest with eager anticipation.”

Equally rated 101 – California Spangle and Romantic Warrior are both bidding for a second win in the three-race Four-Year-Old Classic Series – aiming to enhance their earnings of HKD$15.42 million and HK$11.13 million, respectively, with the mouth-watering HKD$13.68 million cheque on offer for first place in Sunday week’s blue-riband.

While without wins in Hong Kong, The Irishman and Turin Redsun – rated 92 apiece – add intrigue to a competitive renewal. Turin Redsun snatched a slashing second to California Spangle in the Hong Kong Classic Cup, while The Irishman – with his customary strong finish – has given every indication that 2000m will be his optimum trip on 20 March.

Caspar Fownes – champion of last year’s BMW Hong Kong Derby as well as 2010’s with Super Satin – is double-handed this time around with a pair of classy imports: Senor Toba and Rocket Spade.

Senor Toba – a steel grey son of Toronado – won the 2021 Group 3 Frank Packer Plate (2000m) at Randwick prior to his arrival before narrowly placing behind Kukeracha in the 2021 Group 1 Queensland Derby (2400m) at Eagle Farm in his final Australian outing. In Hong Kong, he is a one-time winner from four starts after succeeding at Class 2 level two starts ago.

While seemingly taking time to acclimatise in Hong Kong, Rocket Spade boasts one of the best international records in the race as a two-time Group 2 winner and one-time Group 1 winner prior to import, having prevailed in the 2021 Group 1 New Zealand Derby (2400m) at Ellerslie.

Tony Cruz and the BMW Hong Kong Derby have been intertwined since Cruz savoured his first triumph in the race as a jockey in 1983, before adding three more wins through his riding days in 1987, 1988 and 1995, while as a trainer – Hong Kong racing’s favourite son – has tasted glory with Lucky Owners (2004) and Helene Mascot (2008).

Ima Single Man arrived in Hong Kong as a precocious juvenile with victory in the 2020 Group 2 Karrakatta Plate (1200m) at Ascot as a two-year-old, slowly developing into nothing short of a quality operator with two wins this term.

Champion Dragon led from the get-go last start for a tough first win in Hong Kong, while before import he showed plenty of prowess – once racing at the top-level for a midfield finish in the 2021 Group 1 Irish 2000 Guineas (1600m) behind Mac Swiney on rain affected ground at The Curragh.

Since taking out his licence for the 2017/18 season, Frankie Lor has done nothing but excel as a trainer in Hong Kong and in 2019, he fulfilled a lifelong dream by taking out that year’s BMW Hong Kong Derby with Furore – who also won the Hong Kong Classic Mile two starts prior.

This year – Lor’s representatives include Fa Fa and Money Catcher. Fa Fa – Lor’s prolific winner at Happy Valley – is looking to replicate his heroics at the city circuit in the BMW Hong Kong Derby, while Money Catcher – taking a less than traditional route – sprung to prominence with his slashing third in last month’s Hong Kong Classic Cup.

Ricky Yiu has two representatives – S J Tourbillon and Mr Ascendency. A former Aidan O’Brien-trainee, S J Tourbillon finished second in the 2021 Group 3 Hampton Court Stakes (1993m) at Royal Ascot; since his arrival in Hong Kong, the Galileo gelding has raced five times – sticking on for a close-up sixth last start, while Mr Ascendency is a winner of two races pre-import in Great Britain at Kempton and York.

John Size – Hong Kong’s 11-time champion trainer is chasing a fourth win in the BMW Hong Kong Derby after Fay Fay (2012), Luger (2015) and Ping Hai Star (2018), this time with Crossford lining up for the 67-year-old maestro. Crossford – donning the Siu family’s famous black and red silks – tackles the final leg of the Four-Year-Old Classic Series as a two-time winner in Hong Kong.

Yet to contest a Four-Year-Old Classic Series race – Captain Win steps out for trainer David Hall as a one-time winner in Hong Kong at Class 3 level. Known as Captain Spud pre-import, the bay won three-times in Australia including in his final run at Caulfield.

The race, which is limited to 14 runners, has three reserves: Nordic Sky, Boom Alliance and Copartner Elites.