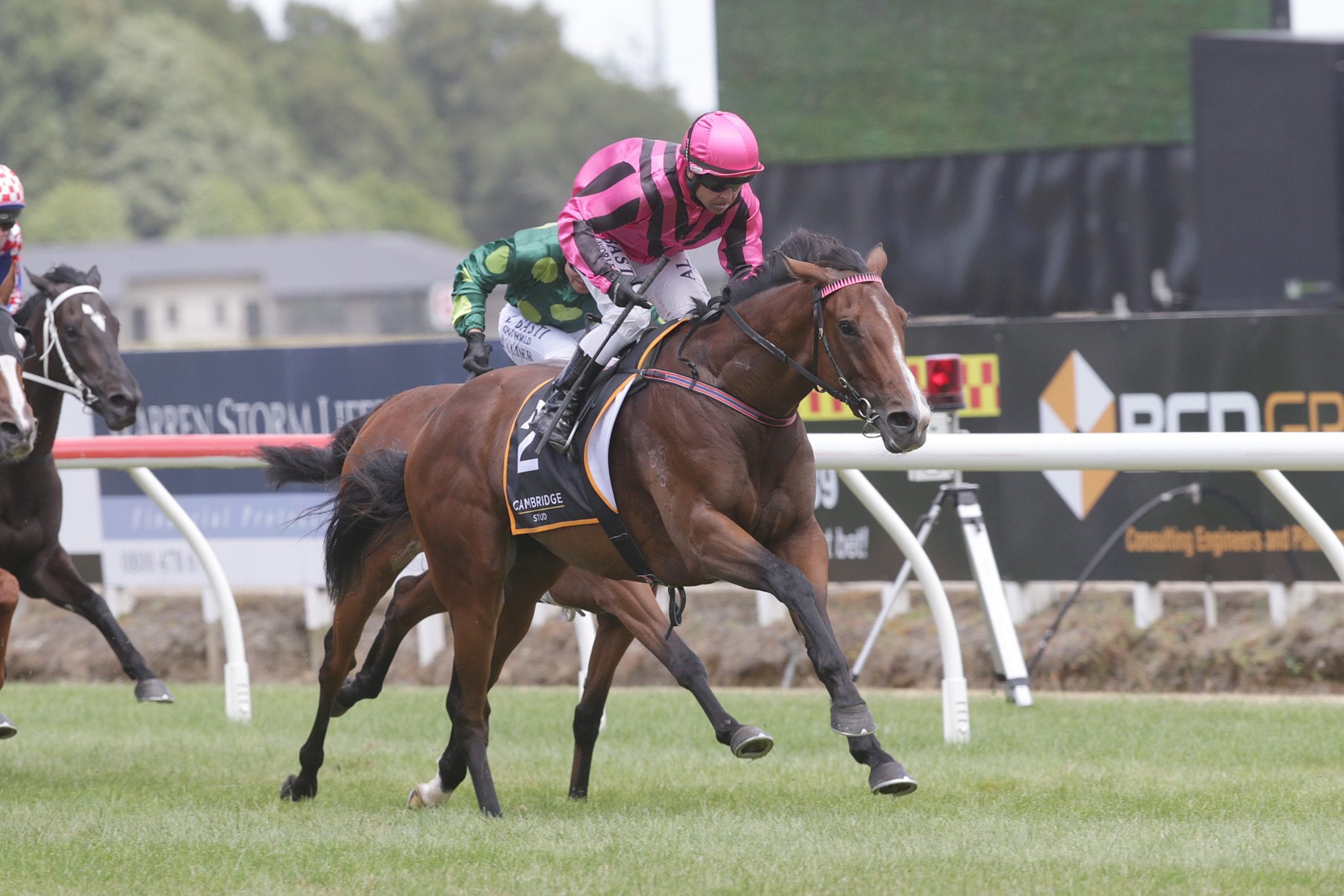 Through friendships forged in the tight-knit jumping community, a number of Kiwi horses have crossed the Tasman this year and joined the Mornington stable of Brett Scott. The latest addition to that list is the dual Group 2 winner Imelda Mary, who will make her first start for the former star jumps jockey in Sunday’s Listed Sale Cup (1600m).

The daughter of Ferlax has followed the path previously taken this year by Irish Flame, formerly trained by John Wheeler, and Craig and Shaun Phelan’s stable star (Our) Big Mike.

Trained until now by her co-owner Wayne Hillis, Imelda Mary won the Group 2 Royal Stakes (2000m) and Group 2 Sir Tristram Fillies’ Classic (2000m) during the 2018-19 season. Alongside Queen of Diamonds, she was a joint winner of the New Zealand Bloodstock Filly of the Year Series.

Bought by Hillis for only $3,500 as a yearling at Karaka and named after his mother, Imelda Mary has won four races and more than $198,000 for the Matamata horseman and family friends Chris Delamore and Ross Robertson. “We decided to send her over to Victoria this spring to have a couple of races over there and see if we could pick up a bit of Australian black type,” Hillis said.

“She’ll run in the Sale Cup this weekend, and then the big goal is the Matriarch Stakes (Group 2, 2000m) on the last day of the Melbourne Cup carnival. “I know Brett Scott really well from our days as jumps jockeys, and whenever I’ve taken horses over to Melbourne in the past, I’ve stayed at his place. It made sense to send this horse over to him for her campaign this year.

“She was supposed to travel to Australia about a week earlier, but she ended up going last week. She handled the trip really well and has settled in nicely at Brett’s stable. Everything seems to be going to plan heading into the race on Sunday.” Imelda Mary will be ridden by fellow Kiwi Michael Walker in Sunday’s Sale Cup.

(Our) Big Mike is no stranger to Australian racing, having won the Listed Pakenham Cup (2500m) in December of 2018. That victory came under the care of the Phelan stable, but Covid-19 travel restrictions forced a change of plan this year.

“Because of Covid, we really needed to have him trained in Australia this time,” Shaun Phelan said. “Brett is a good friend of ours, he’s a great Kiwi bloke and I’ve ridden a winner for him in the past. “He’s doing a great job with his stable at the moment, and we knew his place would really suit the horse. It’s a similar environment to our stable, and he’s got good facilities. It’s worked out really well.”

The Don Eduardo gelding made his latest trip across the Tasman last month, and after finishing eighth in his first appearance for Scott, he was a strong last-start winner of the Moe Cup (2050m). “It was a great thrill to see him back in winning form last time,” Phelan said.

“The plan now is to go to the Kyneton Cup (2000m), which is the day after the Melbourne Cup. He ran in the same race two years ago – it was the first Australian start of his career, and he ran third in track-record time. So that should be a good race for him. Then we’ll carry on for another crack at the Pakenham Cup in December.”

Meanwhile, Irish Flame, a Group 3 winner in New Zealand, has recorded two seconds, two thirds and a fifth from his five starts since joining Scott’s team midway through this year.