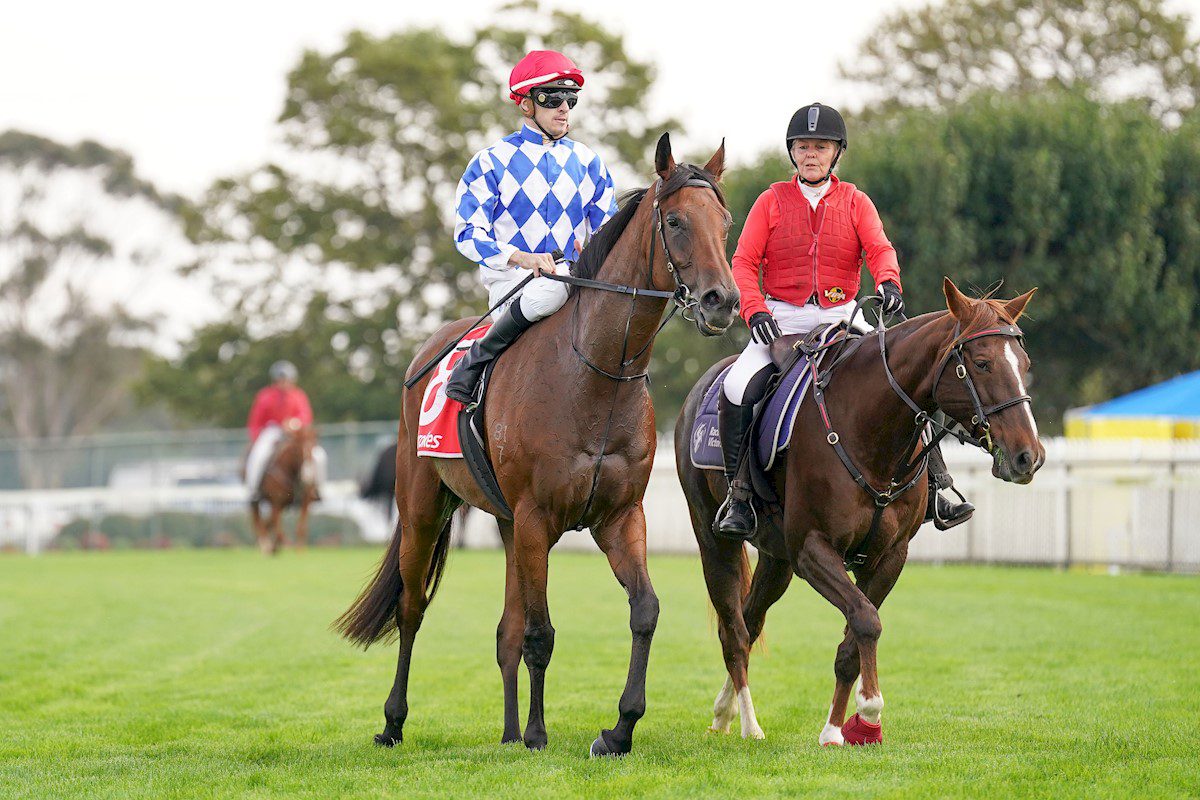 Jordan Childs has ridden a double in two of the feature races on the Sale Good Friday card, steering the Gai Waterhouse and Adrian Bott-trained Spleniferous to victory in the $150,000 Country Oaks (2200m) before backing up with Thought Provoking for Mick Price and Michael Kent (Jnr) in the $100,000 Good Friday Appeal Cup (2200m).

Splendiferous who paid $4 with online betting sites was coming off a last start second at Caulfield six days ago in a 1600m Benchark 78 and was able to step up to the 2200m in good fashion.

“I just got off the phone from Gai, she’s really ecstatic about her. She said you can’t beat these short back-up horses. She’s tough, she’s fit, she’s ready to run today. It was the perfect race,” said stable representative Rebecca Shanks.

“She was so unlucky last start behind the speed, so going forward today just took the luck out of the race and she was tough enough to do it.”

Childs was wrapped to get the Country Oaks, which was also open to the older mares, unlike other Classics which are restricted to three-year-olds.

Taking the lead at the 1600m after an early tousle, Splendiferous travelled comfortably a length and a half in front, taking the early speed out of the race.

The speed came back on at the 600m and Childs’ mount was headed by race favourite Rapid Achiever ($2.30F) at the 400m but she fought back gamely to the line for a 0.2-length victory over the late finishing Hunboshi ($15) for Luke Oliver with the Ciaron Maher and David Eustace a nostril away third.

“Gai and Adrian have their horses really fit, so you always know they’re going to be tough in the finish,” said Childs.

“I think she just outstayed them in the end. They all got to her and she was able to kick back again. I think she’s got a nice staying future ahead of her.”

Thought Provoking rewarded favourite punters who took the $3.30 with online bookmakers, provided Childs his second for the day in the Good Friday Cup in another close 0.1 of a length victory.

Settling in second, Childs made his move from the 600m on the gelding and had claimed the lead into the straight, pulling away from the rest of the field. State Squad ($6) came fast late for a photo, but the Jim Conlan-trained gelding hadn’t quite got to the winner.

“She was travelling really sweetly the whole way. Coming around the corner into the 400 I just thought I would let her stride into it and when she hit the front on her own she just wanted to have a bit of a look around and wait for them a bit. But when she did sense that horse again then she started to try. So, there’s good improvement in her and she can definitely go on to win better races.”

The result notched up win three for Thought Provoking from just six starts. It was Child’s second win from three rides on the mare also and he has a high opinion of the daughter of So You Think, remarking that he definitely thinks the is Stakes quality.

“She’s just a sweetheart to ride, she does everything like she wants to please you. If she can keep stepping up to the mark like she has been, I can’t see why she can’t be competitive in higher grade races,” he said.

“She’s a mare in form and when they find form they tend to keep it. She looks wonderful, she’s dappled up and doing super,” said Price and Kent stable representative Tom Sheahan.

“That was her big run this prep, we don’t know where we will go from now, but we’ll enjoy the win while we can.”