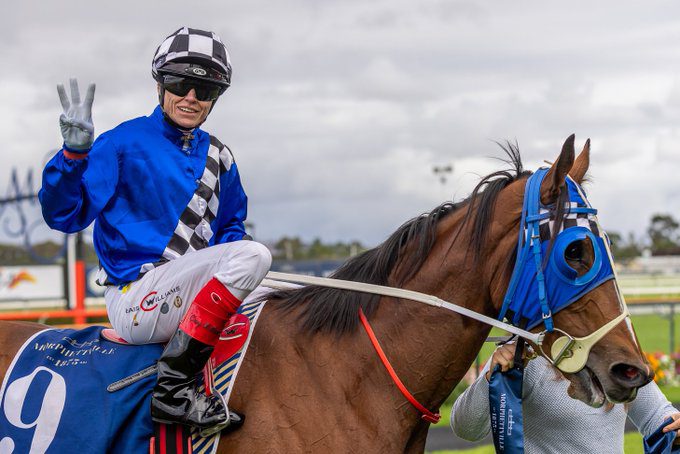 Craig Williams brought up three wins for the day in fine fashion aboard Seradess in the $202,250 Tobin Bronze Stakes (1200m) at Morphettville on Saturday.

The experienced hoop guided the three-year-old Mark and Levi Kavanagh filly to a comfortable three-length victory over General Beau for Mathew Ellerton, leading from early on and never headed from there.

“She’s always been competing against the top horses in her age group. Today we just saw how dominant she was,” Williams told Racing.com.

“She was only lightly raced – Mark and Levi had the right combination between having her fit enough and sharp enough and effective enough. That was what we saw today.

“(The track) was a bit soft and then I trusted her just the way she felt with the blinkers on. I thought if she kicks she thinks that she is in a world of her own, and she was in a race of her own today.”

This classy ride followed Williams saluting aboard Splendiferous for Gai Waterhouse and Adrian Bott in the $107,250 Port Adelaide Cup (2500m).

That was also a comprehensive triumph, beating Designs (for Anthony and Sam Freedman) to the line by five lengths.

“I spoke to Gai and Adrian Bott – they were very bullish about her chances,” Williams said.

“She gained confidence and they were confidence she’d run this trip out, and the race worked out nicely.

“Now she’s a black-type winner for the breeding barn.

“But after having this preparation wherever that ends then she’ll be a nice horse going into the spring if she furnishes off what she’s done in the autumn.”