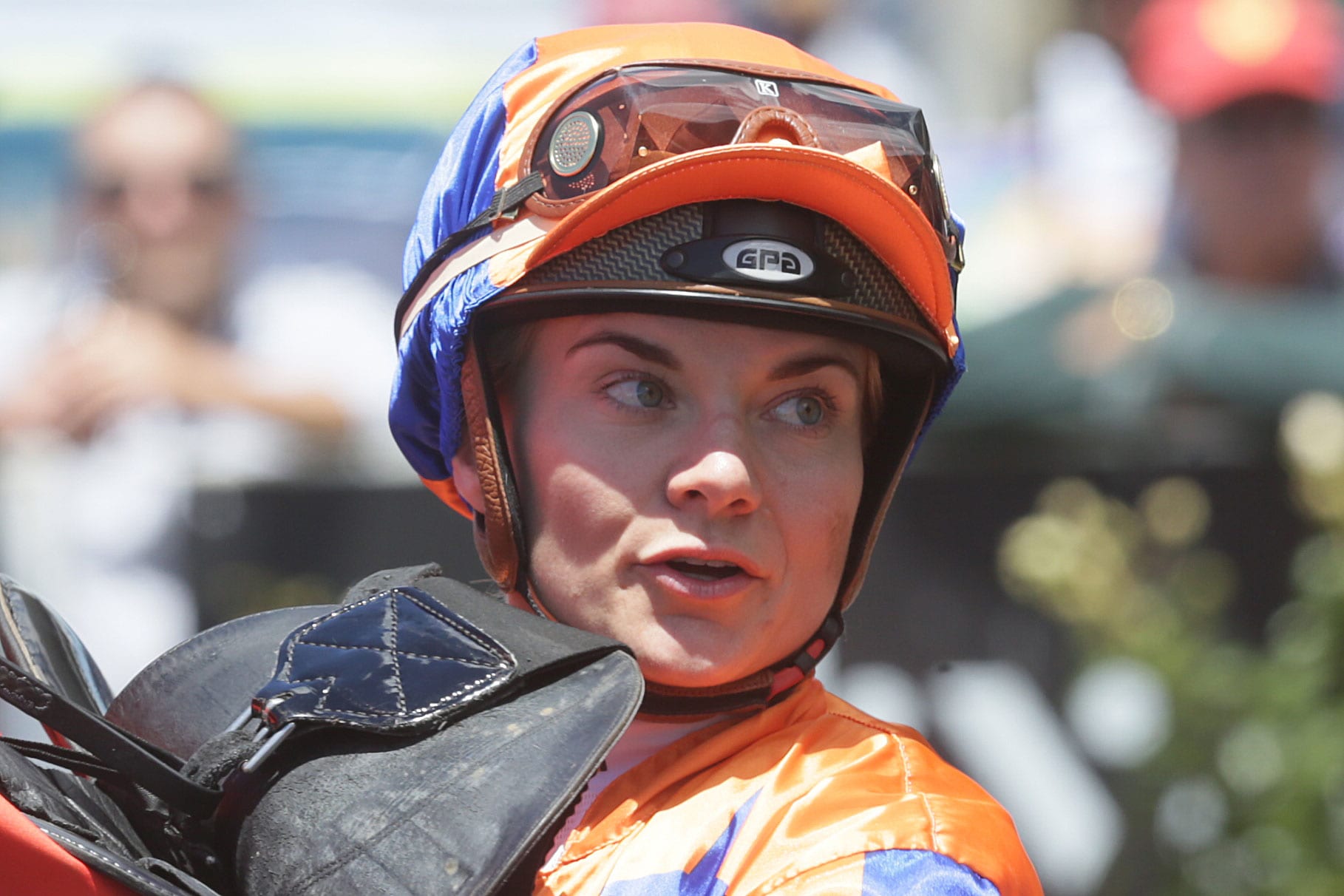 The significance of riding 1000 New Zealand winners is dawning on Cambridge jockey Danielle Johnson. Johnson sits on 999 wins in New Zealand and has a gilt-edged opportunity to become the 34th jockey to achieve the feat with a book of nine rides at Te Aroha on Wednesday.

“I hope that monkey doesn’t just sit there. I want it off my back as quickly as I can,” Johnson quipped.

“It’s just a number to me at the moment but once I get to 1000 I’ll appreciate it that much more. What people are saying to me makes me realise what a big achievement it is. Even just saying 1000 wins – wow, that’s a lot of winners. It’s a pretty big deal the more I think about it.”

Johnson moved to 999 wins when she guided the Ken and Bev Kelso-trained, Sir Peter Vela-owned Les Crayeres to success at Te Rapa on Saturday, bringing up a double after Amarelinha’s win in the Group 2 David & Karyn Ellis Fillies Classic (2000m) earlier in the day.

“Sir Peter texted me and said ‘bugger, it would have been nice to have given you your 1000th winner’. And it would be nice to do it in colours I’ve had a lot of success in,” Johnson said.

Johnson, 29, rode her first winner at Ellerslie in April 2007 aboard The Sportsman.

“It was a set-up ride from Russell Cameron, who has been such a good supporter of mine. I’d had quite a few trial rides and it was my sixth raceday ride. Russell rang my parents and said make sure you come to the races today,” Johnson recalled.

Johnson’s father Peter sits 17th on the all-time list of New Zealand wins with 1370 and the father and daughter achievement of 1000 wins is probably unique the world over.

Johnson becomes just the third woman to join the 1000 club after Lisa Allpress and Trudy Thornton.

Johnson, who also boasts a win in Australia and in Sweden, rates her Group One wins on Avantage as the highlight of her career so far.

“Any Group One is special but I’ve got such a love for Avantage. I’ve ridden her to three Group One wins and while Opie (Bosson) has had Group One wins on her as well, to me she’s one of a kind,” Johnson said.

Johnson has ridden 76 Group and Listed winners, six at Group One level and recently surpassed $20 million in stakes earnings for her mounts. She currently leads the national jockeys premiership with 119 wins, 69 wins clear of her nearest rival, Craig Grylls.

“I’ve got a good book of rides at Te Aroha and I hope I can bring up the win early,” Johnson said.

“If it hasn’t happened by then, I think Seajetz could do it for me in race eight. He’ll be a really good ride. But I’m hoping to get that win as soon as I can.”