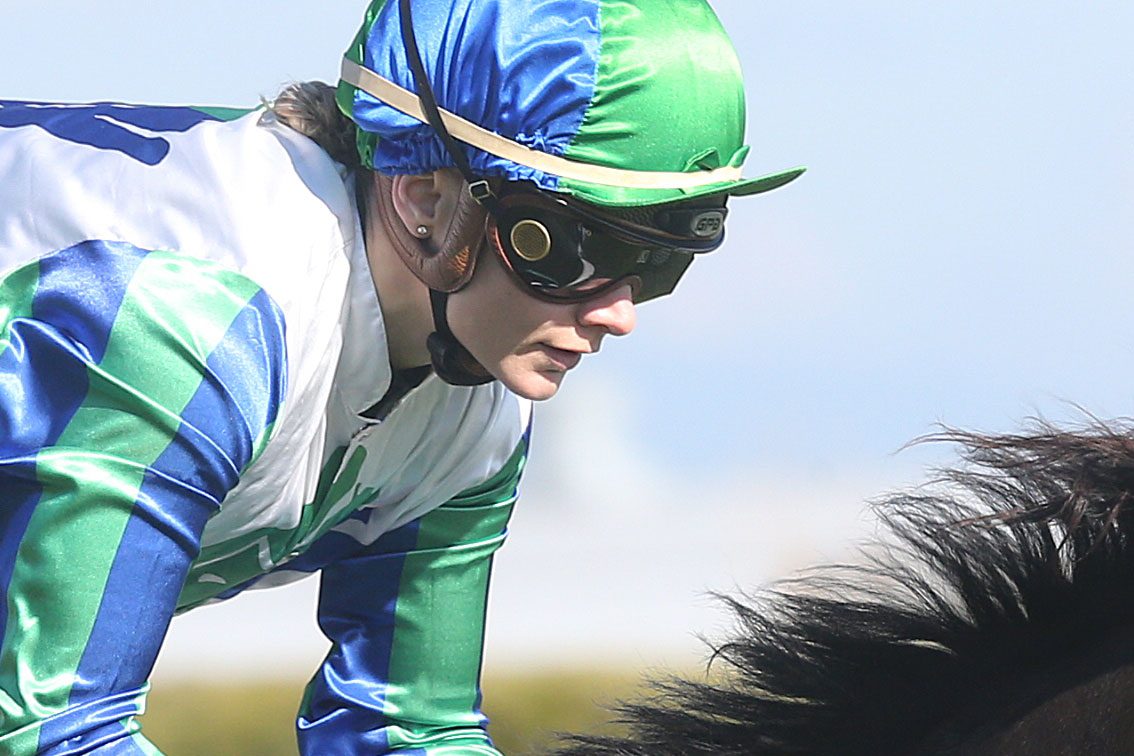 Danielle Johnson is only just starting to allow herself the luxury of enjoying the feeling of satisfaction that comes with taking out her first national jockeys’ premiership.

A winning double aboard It Might Be You and Gerda at Te Rapa on Saturday, took her tally to 151 victories, with 15 of those coming at black type level.

With just one week left in the 2020/21 season, remarkably she sits 63 wins ahead of her nearest rival Samantha Collett (88), however she has been determined to focus on the job at hand over the last few months despite being hailed as the premiership winner as far back as January.

“It’s a really cool feeling now we’re only a week away from wrapping up the season,” Johnson said.

“It’s my first premiership, so that is special, but I’ve tried to put it out of my mind despite people telling me it was in the bag for at least the last few months.

“I wanted to carry on as normal and focus on doing my best on each horse I rode. Thankfully those horses have been pretty good as you can’t get to the number of wins I have without a great team and some talented horses behind you.

“It was only in the last month or so that I decided to try and get to the 150-win mark, so to have made it with a week to spare is a great feeling as well.”

Pressed on which horse or race win has meant the most to her this season, Johnson settles on the Jamie Richards-trained Avantage as her standout performer.

“Avantage is just such a special mare,” she said.

“She has had a stunning career so far, winning a Group One as a two-year-old (Manawatu Sires Produce Stakes, 1400m) and going on to win at Group level every year since.

“She has won Group One races over 1200m up to 2000m, which shows just how versatile she is and I think in the next 12 months she can get even better.

“If I had to pick one race win at the top of my list it would probably be the Coupland’s Bakeries Mile (Group 2, 1600m) on Hypnos.

“It’s the richest mile race in New Zealand and he (Hypnos) was just so good that day that it really stands out for me.”

With the backing of the Jamie Richards and Stephen Marsh stables behind her, Johnson is looking forward to another exciting year ahead.

“I’m so fortunate having Jamie and Stephen to ride for as they have so many good horses to choose from,” she said.

“While Opie (Bosson) and Troy (Harris) also ride for Jamie, I can ride a lot lighter than them, so I do get the pick of the rides at the lower weights.

“I’m really excited about riding mares like Avantage and Entriviere for Jamie as I think they will be some of his stars again, while I know Stephen has a heap of really promising younger horses coming through, so that gets you going as well.

“I guess my main goal will be to carry on like I have this season and just do my best on each horse I ride.

“Thankfully I managed to get a bit of a break when I went to the Gold Coast a couple of months ago, so I’m feeling refreshed and ready to hit the ground running straight away.

“I’ve also got a pretty large mortgage to pay off, so I need all the winners I can get, which is an added incentive to get out of bed in the morning.”

While there is only one week left in the current season, Johnson is hoping to register win number 16 at stakes level when she rides the Allan Sharrock-trained Catsacharmer in the Listed Courtesy Ford Ryder Stakes (1200m) at Otaki next Saturday.

Along with taking out her first jockeys’ premiership, Johnson also brought up another milestone this season by breaking the 1000 career wins mark, with her current tally sitting at 1031 victories and over $20 million in prizemoney earnings.