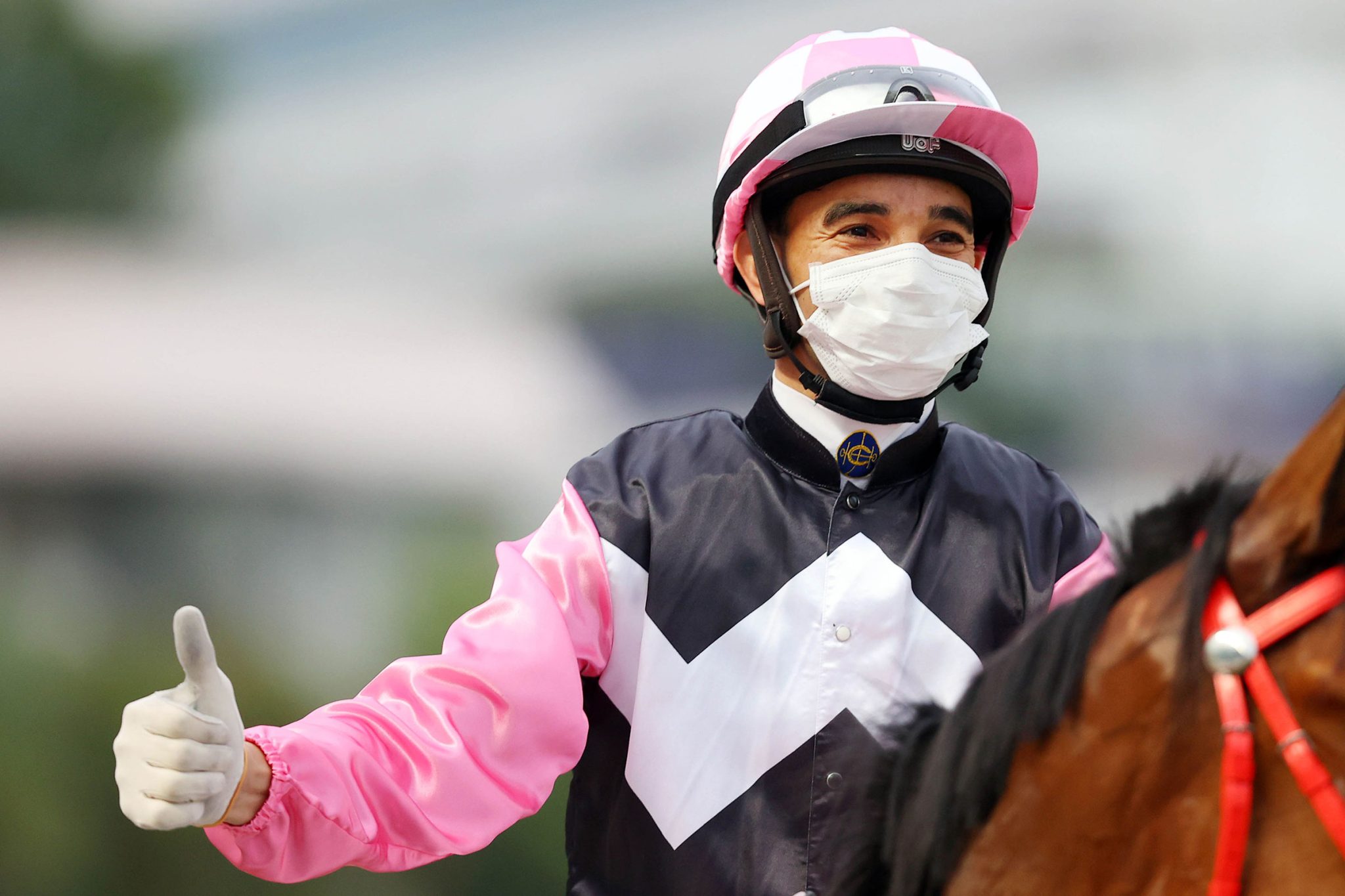 Conceding he is still marginally short of complete fitness, Joao Moreira will attempt to strike quickly when the four-time Hong Kong champion jockey resumes at Sha Tin on Sunday (September 18).

The Brazilian rode in the trials at Sha Tin on Friday morning (September 16) and is again ready to joust with arch-rival Zac Purton for a 10th season after returning from Brazil, where he had surgery during the off-season.

Slated to take eight rides, Moreira is confident he will soon be in peak condition after struggling physically during last season.

“To be honest, I wouldn’t be able to say that I’m 100 percent fit myself. I’ve been working hard, I’ve been doing the training, I’ve been doing everything I can to make sure that I get myself back to my best fitness, but I would say at this stage I would be 90 percent,” he said.

“Give me another two weeks and then I would be back to my best fitness and health condition.

“I’ve done some surgery and the surgery has got me feeling so much better. The surgery has gone very well and has put me where I wanted to be and I might just need a little bit more time to be 100 percent.”

E Brother, who contests the first section of the Class 4 Bedford Handicap (1200m, dirt) for Manfred Man, is among Moreira’s mounts on Sunday.

“He gave me a good feel in trackwork and I would be very surprised if he did not go there and do his best. He’s a dirt horse, his form indicates that, and I’m very happy to be getting on his back,” Moreira said.

“Last season, he was running against some really decent horses on the all-weather track. He did get beaten but some of the races it was only by a short margin which means if he can bring the same kind of form, that will be good enough to be very competitive and be the horse to beat.

“I’m quite confident he’s going to be competitive.”

John Size has only four entries at the weekend as the 11-time champion trainer makes a customarily quiet start to the season but he hopes the talented Bundle Of Charm can replicate the form he showed last season when the gelding tackles the Class 3 CMA 88th Anniversary Cup Handicap (1200m) under Alexis Badel.

“He’s been good, he’s shown plenty of ability and he’s got good racing manners so it looks like he’s got a future. He seems to be going well. He’s in good condition. Obviously, he’s had a break and first-up horses can be vulnerable, but I think he’s going to run well,” Size said of the chestnut who posted two wins from three starts in season 2021/22.

“He didn’t have much time off because he didn’t have a long campaign last time, but he’s come up alright. His trial was sound and he’s in pretty good order.”

Five-time champion jockey Zac Purton, who is again leading this season’s championship with four wins from the opening two meetings, combines with David Hayes-trained Lucky With You in the Class 2 Fife Handicap (1000m).

“Looks like there’s good speed, it’s a competitive race. I think the 1000 metres should suit him because he will probably relax a little bit better. He has got a tendency to want over-race a little bit. He’s not going to do that in this race,” Purton said.

“Hopefully he can finish strong. He had a really good season last season. I think there is a little bit more there, he’s had the benefit of the off-season and, as we know in Hong Kong, that generally helps them develop a little bit.

“I’ve been on his back in the morning, he feels good and there’s no reason why he can’t come back and take another step.”